'City of Mushrooms on a Log.' Watercolor by Carolyn Newberger, on view at the Becket Arts Center until July 28, 2019

Illuminating the Hidden Forest, Chapter 5: City on a Hill

This is the fifth installment in a series. Also available areChapter 1, Chapter 2, Chapter 3 and Chapter 4.

Close to the cabin I came upon a wondrous thing, a city on a hill, a pop-up population inhabiting a mossy old log—hundreds of tawny mushrooms with domed caps and veiled stems ascending the log in flowing suburbs of mushrooms, ones and twos, and families of three and four. It’s 80 degrees at 7 a.m. and the mosquitoes have discovered me. Out comes the bug spray and I settle on my stool to draw.

Then Lily arrives, fresh from her far excursions, wondering where I am. Oh, no—keep her off my mushroom city. My adored little dog has become a Godzilla threatening Gotham. I gesture, yell and point: “That way. Around the log, not over!”

Lily leaps on the log. The perfection is gone. Several proud, perfect, innocent mushrooms are bent and crushed.

I hate Lily. I fantasize revenge, like closing her doggy door, leaving Lily whining and pining while I return to the forest, which I know how to respect, not she. 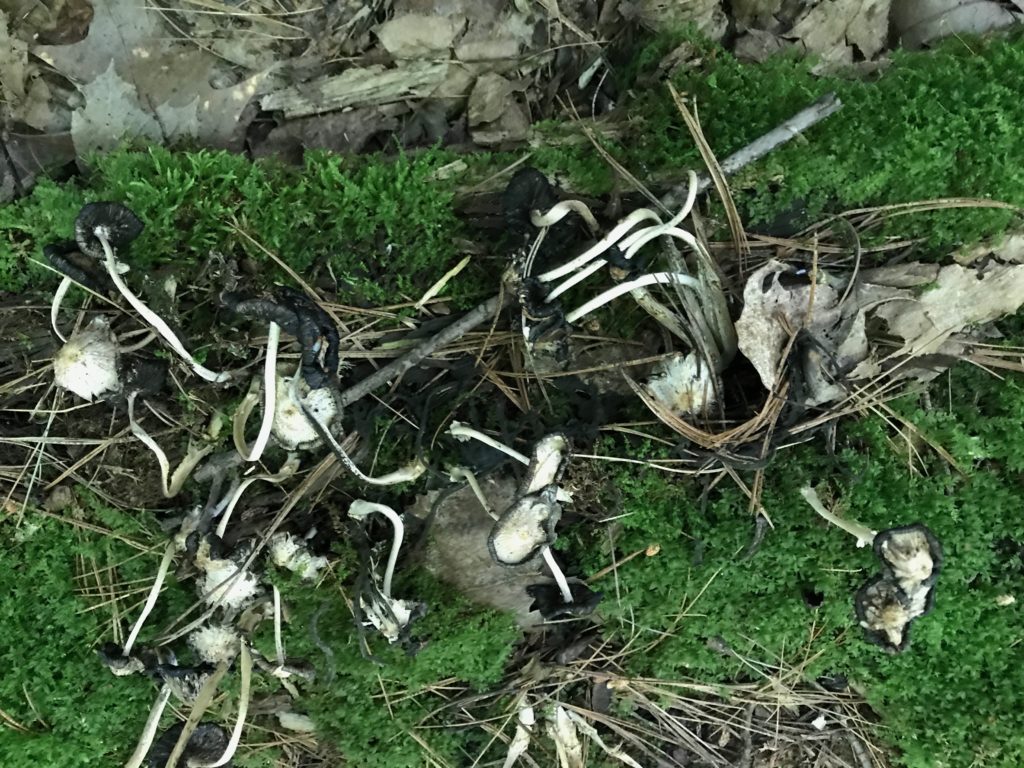 That afternoon, without Lily, I raced back to the woods. Still dressed in my interviewer clothes (I was writing an article for the Berkshire Edge about our Kids 4 Harmony musicians going to California to play with the Youth Orchestra of Los Angeles), I picked and fought my way through clouds of happy mosquitoes back to my proud city only to discover that its inhabitants had, like me, wilted a bit in the July heat. But they still stood, a little bent but holding on to their moss-covered Elysium. They were carrying on. 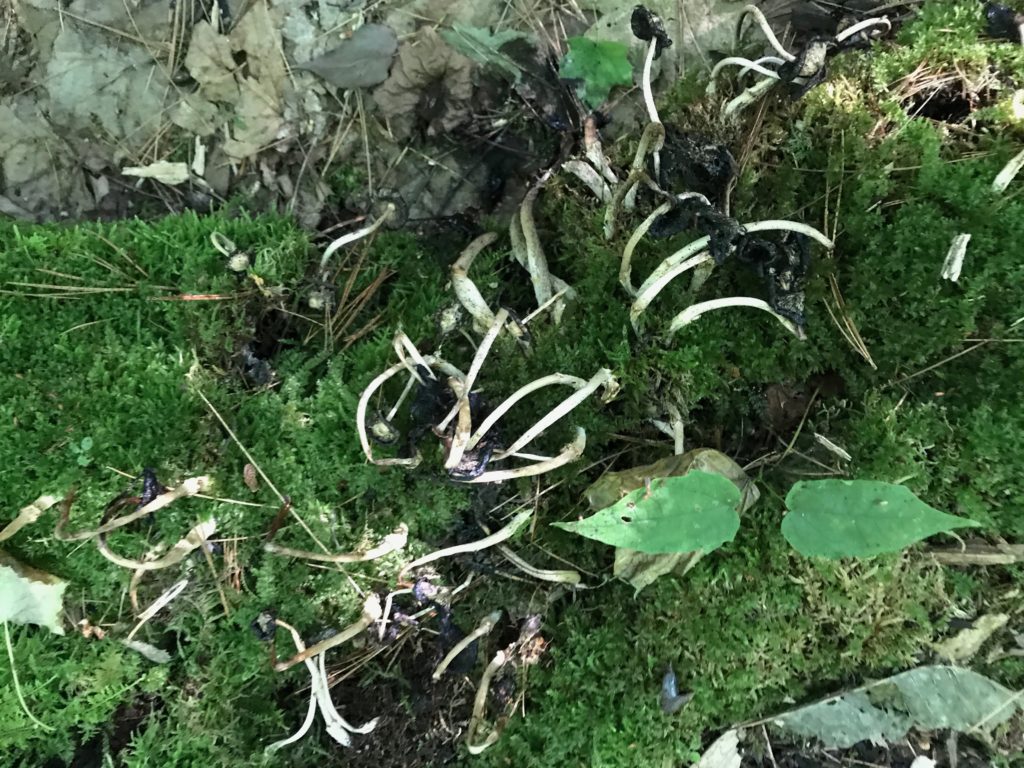 It’s July 4. I planned on wearing only blue and white on Independence Day because I’m so appalled at the red. After the day’s festivities, I returned to the forest.

And what of my proud city? Deflated, defeated. Bent-over old men and women, clinging to their decomposing beds and hillsides, the once-cascading suburbs flattened now, though still gasping for breath.

Oh, how evanescent, my City on a Hill. How silly my anger at Lily, just doing what dogs will do, jumping on logs and such. How indifferent nature is to its own abundance. Should I be grateful to have caught this miracle in its brief florescence? Or should I be sad that so wondrous a thing should live for so short a time?

— Pauline Kael
Read next: AMPLIFICATIONS: A love of Shakespeare -- and Shake & Co.