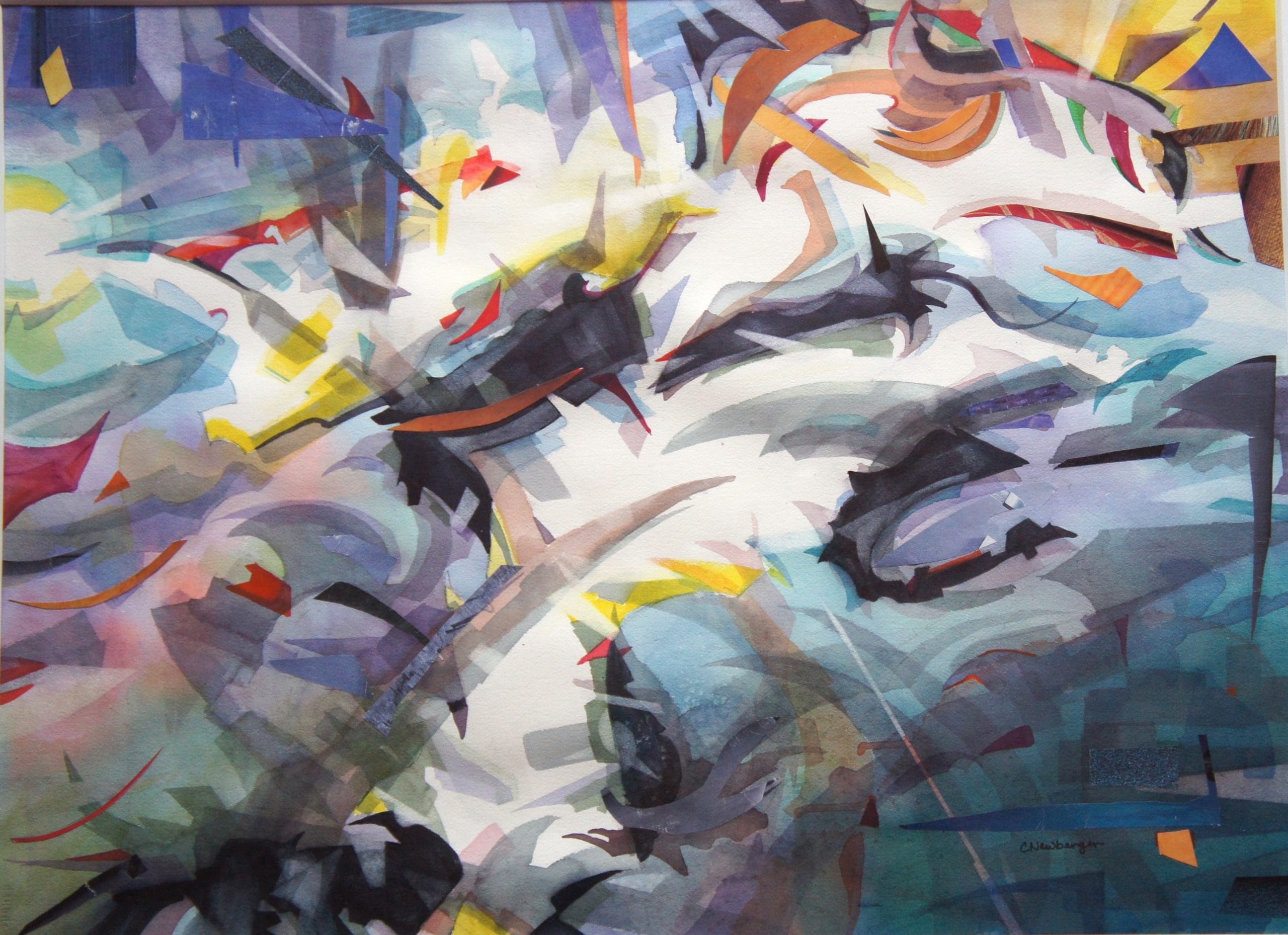 After days of frigid cold and passing snow squalls, on top of this winter’s bone-cold and slush-warm days, the forest trails have become thick with ice. This week, though, the air has warmed, the skies are sometimes blue, and the ice layer on the forest trails has been thinning and narrowing. Yesterday, from the top of balance rock, we could smell Spring.

Yet, surprisingly, while in many places the trail is brown again, its covering of autumn leaves emerging though lacy veils of icy tendrils, in other places we are plunged back into the depths of winter, picking our way cautiously with poles and crampons through shiny, thick, unforgiving ice.

Why the change? Why so sudden? We are on the same trail, on the same ridge, yet in seemingly different climates.

Thinking about the forest in other seasons, I remember, after a storm, coming across a narrow corridor where many trees had been blown down, while those on either side were still standing — or the curve in a path where I found a small group of velvety miniature ferns unlike any I had seen in these woods. I carefully dug up one of those ferns to plant by our house in a place where I thought it might thrive. It died, and taught me a lesson about leaving nature undisturbed. Sometimes we have to enjoy our pleasures on their own terms, not ours.

The lesson of the ice, it seems, is that the forest is a mosaic of microclimates. Small changes can make a big difference. Perhaps the path tilts ever so slightly toward the south here, or is a bit more elevated there, or has a row of pines enough in the distance not to notice, but close enough to block the sun’s rays between 3 and 4:15 p.m. on afternoons in early March.

March, after all, is a time of transition, and it’s in subtleties of difference that the microclimates of human ecologies emerge. Think of revolutions. They are less likely to happen when things have always been the same, but combust with small changes and rising expectations. Think of how social environments warm or cool with one person’s skin color or another’s eye shape; or the fates of children born yards apart on one or another side of a border, whether it be a school district or a nation. Seemingly small differences can have ever-enlarging consequences.

In the forest we can see the profound differences a microclimate makes, from velvety ferns to icy trails. We only have to look.