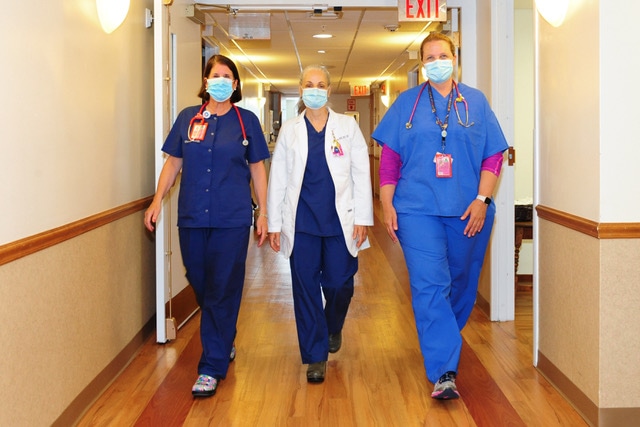 So, there are some things that I really do like.

At the top of my list is Fairview Hospital, the little hospital that could. We all know that, a while back, our Great Barrington health center was bought by Berkshire Health Systems. We also know that BHS seems to view our wonderful Fairview as a “feeder” hospital for the big Kahuna in Pittsfield. We also know that Pittsfield and Great Barrington are two very different places.

Pittsfield has big city problems. Our hearts go out to the leaders there who want to return the city to its former self — to the time before GE took to the road. Now, it is beset with problems running from A to Z(ed). In Pittsfield, drugs and crime seem even more omnipresent than they really are. But it’s not like the city doesn’t have some very good things going for it, including the Barrington Stage Company, headed by the outstanding Julianne Boyd.

The point here is that Fairview does not get the resources and respect it deserves. I know that I will get a phone call from the Fairview leaders who report to the big boys in Pittsfield. I get it. I know who signs the paychecks. I also feel for the docs at Fairview who work their hearts out and who are courteous, caring, and respectful. At 79, I have been to that emergency room on more than one occasion. I always apologize for showing up and I am always reassured that I did the right thing.

The reason I write today is that I got a look at the way Fairview and the wonderful Heather Barbieri, the hospital’s director of emergency management, have organized the dispensing of the COVID-19 vaccines that will save so many lives. Yes, there were a few people who “cut” the lines but, all in all, it’s really amazing how well the system is working. Both Fairview and BHS deserve a lot of credit, in contradistinction to New York right across the border.

I just loved what I saw. There were hundreds of people lined up, most with appointments. Some were in wheelchairs, some had helpers with them. There were volunteers who helped make everything run smoothly and professionals of all stripes, including really respectful police officers who went out of their way to reassure all the nervous folks who were coming in. This was just one more clear change in the way in which our police department has evolved in an incredibly short time under the direction of its new chief, Paul Storti, and guided by our excellent town manager, Mark Pruhenski.

People were extremely nice to one another. It was one of those situations, like airplane travel or jury duty, where people who would ordinarily never have met found themselves in conversation with each other.

Of course, people react to the Pfizer vaccine differently. Some have reported pain at the injection site that was not really all that bad. I know one man who ended up feeling ill the next day while his partner had a much better reaction.

Not to be a Debbie Downer, but all of this good work from Governor Baker on down may be compromised by the new COVID variants that are already emerging. We really don’t know whether these mutated viruses will be resistant to the vaccines being offered. It may be that those who did not get vaccinated early will be in a better place than those who did. If scientists are developing new vaccine formulations that protect against new strains, late-comers might be lucky enough to get them. One thing is for sure — anyone who thinks we will have a COVID-free summer is probably wrong. The main thing now is for everyone to get whatever protection they can. We’ll figure out what to do next after the inevitable curveball gets thrown at our heads.