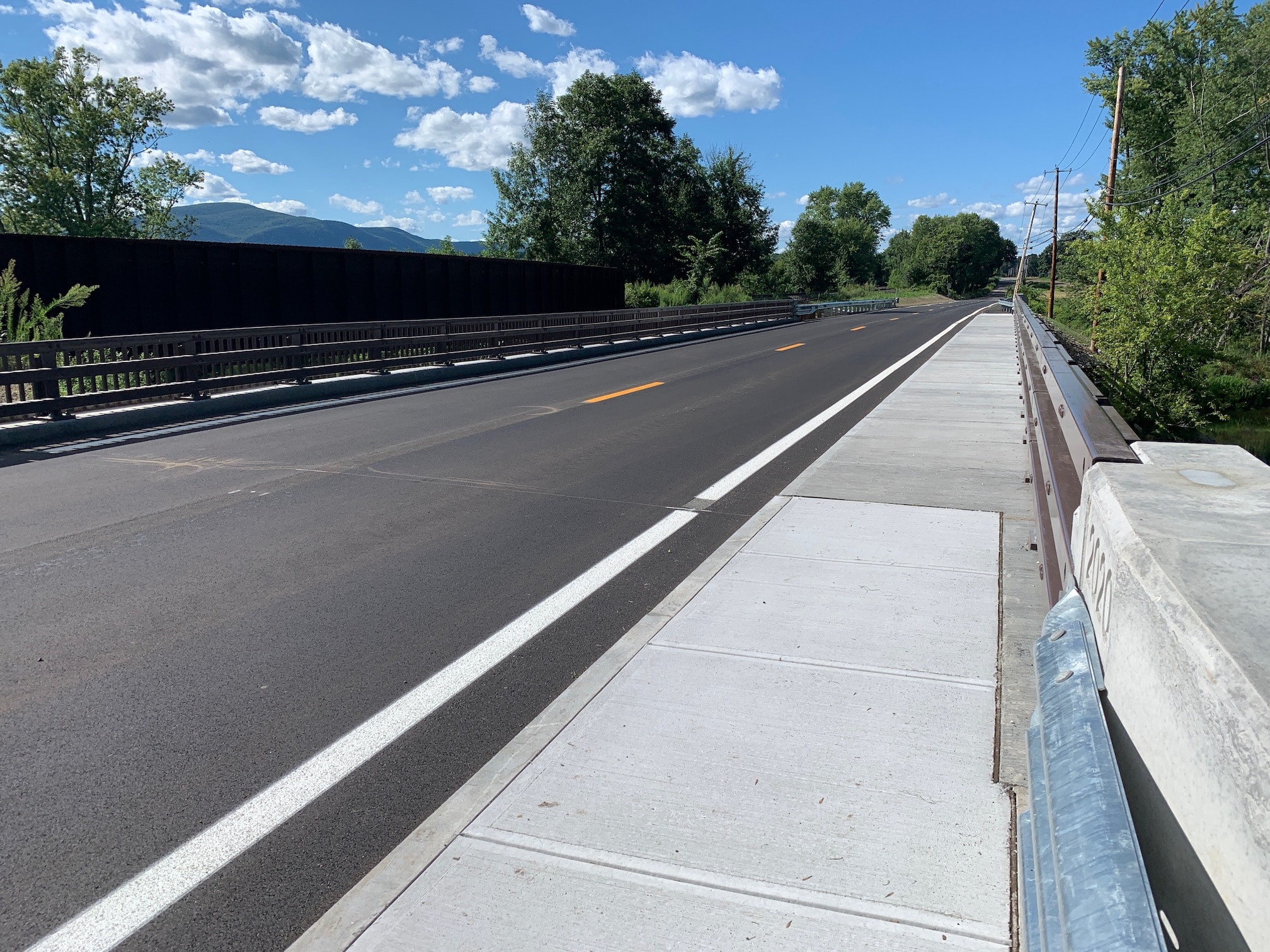 The new Route 7A bridge over the Housatonic River reopened Wednesday after being closed for six long years. Photo: Terry Cowgill

Ashley Falls — It looks like Route 7A in Sheffield is finally getting back to the old normal. The new normal for much of the 2010s was that the road was effectively closed to through traffic.

That changed Wednesday when the bridge over the Housatonic River reopened after being closed for repairs for the past six years. Previous to that and only a few hundred yards to the south, the overpass bridge that spans the Housatonic Railroad tracks had been closed for several years.

Just after the bridge spanning the tracks was reopened in 2014, the bridge over the Housatonic was closed that August by the state Department of Transportation. The latter project concluded Wednesday when MassDOT finally and officially reopened it. The railroad bridge that parallels that Housatonic River bridge was not part of the project. Now Route 7A is finally back to normal after almost 10 years.

In her announcement, MassDOT spokesperson Judith Riley said MassDOT had at some point “expedited” the bridge replacement project and work began in November 2018. The work included the replacement of the foundations, beams, deck, railings and approaches to the superstructure. The cost of the bridge rehabilitation project was more than $2.5 million and the contractor was J.H. Maxymillian, the Pittsfield-based company that also carried out Great Barrington’s Main Street reconstruction project.

Why did it take six years for the state to finish the bridge over the river? The Edge asked that question of Riley, who said she would try to find the answer. The Edge had not heard back from her by publication time but if we do, this story will be updated.

“I inquired about it,” said Bob Kilmer, a member of the board of selectmen and a dairy farmer in Ashley Falls. “My understanding is it was just budgetary.”

Kilmer said there has been some frustration over the two closures on the part of residents who use Route 7A, known locally as Ashley Falls Road, but traffic over both bridges is light. Indeed, this reporter spent 10 minutes at the bridges at midday Thursday and encountered only one vehicle.

Workarounds were not difficult during the eight or so years while Route 7A was impassable, Kilmer said. Detours were marked on Route 7 and in Ashley Falls itself. However, if an accident closed Route 7, detours became tricky.

Rene Wood, who chairs the Sheffield board of selectmen, said she was relieved the Route 7A projects were complete, and pointed to other projects MassDOT had completed or was working on currently.

“They took forever, but who’s counting?,” Wood said of the MassDOT Route 7A bridge replacements. “They have put so much money into Sheffield.”

Wood noted other projects, such as the resurfacing of Route 7 several years ago and the $2 million repaving of Route 41 from the intersection with Route 23 in South Egremont all the way through western portions of Sheffield to the Connecticut line in summer 2016.

Last month, MassDOT started a $3.2 million construction project on the bridge spanning the Schenob Brook on Berkshire School Road. A detour has been set up using Miller Avenue and Bears Den Road. That project is scheduled to be completed later this fall, according to MassDOT records.

Of the now-freely flowing Route 7A, Wood said, “I’m really looking forward to driving through it. It’s been forever.”