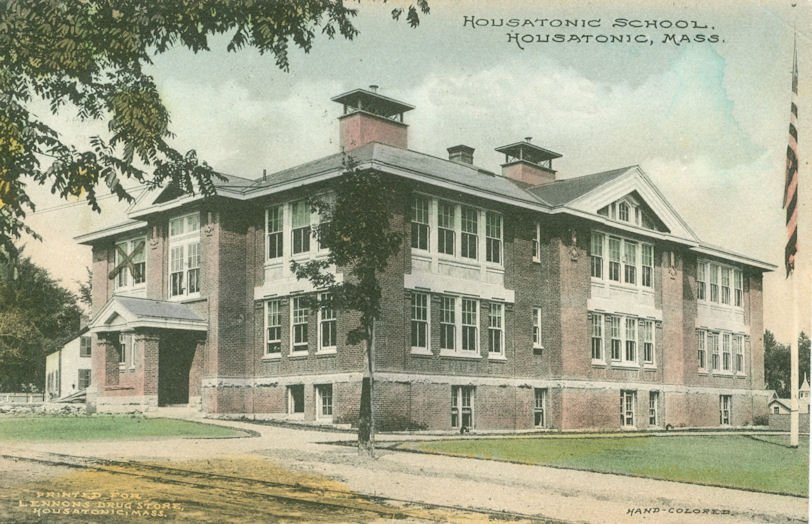 Great Barrington — At a time when truth is battered about beyond recognition by proclamation and repetition, I would like to offer some clear boundaries between fact and fiction regarding redevelopment options for Housatonic School. In moving forward on determining the reuse of this iconic “Heart of Housatonic,” some agreement about what is true, what is real, will be helpful.

Myth 1: Housing is not a viable option for the school because it’s too expensive. Only commercial is financially feasible. This cynical assumption that has been propagated over the last couple years has been swallowed hook, line and sinker.

Reality: Short of a vanity project where someone is willing to sink several millions of dollars into the building for which they will never see a return, affordable housing (or a mix of affordable housing and commercial) is the ONLY redevelopment option that is financially sound.

It is true that building apartments is more expensive than building commercial space, but the development subsidies available for affordable housing far outweighthe difference in construction costs. In 2010 the Community Development Corporation of South Berkshire (CDC)  submitted a proposal to the Town for developing the school into 60 percent affordable housing and 40 percent commercial and/or nonprofit use. The CDC offered the Town $100,000 – the development budget was financially sound and the operating budget was financially sustainable.

Myth 2: It’s only possible to build seven apartments in the building.

Reality: The CDC’s 2010 proposal included 11 apartments in addition to the commercial space. If one were to redevelop it for only affordable housing, the number would likely be 14-16 units.

Myth 3: There are sufficient development subsidies – grants, loans, low-interest loans – to develop the school for incubator or commercial use.

Reality: Letters of Interest are cheap. Without a viable business plan showing sufficient and realistic operating income, no agency or bank, public or private, will finance any portion of the redevelopment. No such business plan has ever been submitted to the Town – and for good reason: There is no scenario in which the building can be renovated and generate sufficient income to carry itself, let alone be profitable, without accessing millions of dollars of free (e.g., vanity, Town of Great Barrington?) development subsidies.

Myth 5: Brainstorming on potential re-use options – making a wish list of uses – will bring the redevelopment of the School closer to reality. The town has undergone this exercise multiple times over the years, starting in 2003-2004 with the Housatonic Visioning Task Force. Interestingly, at the time, the top five preferred uses of the school were (1) tax-generating, (2) affordable housing, (3) rental housing, (4) mixed-use housing and commercial and (5) elderly housing. Wish lists are fleeting and can change with the seasons.

Reality: A wish list with no grounding in financial feasibility and regional demographics is just that – a wish list.

Myth 6: The Town has been trying to move the school for a decade and no one has been interested or able to take the project on.

Reality: The CDC has been interested, willing and able to redevelop the school since the first Request for Proposal (RFP) was released. The CDC proposal in 2010 for mixed-use was financially sound and sustainable: 60 percent housing, 40 percent commercial. The reasoning behind rejecting this proposal was never made public by the Town Manager at the time, Kevin O’Donnell.

There was a second effort by the town in 2012 that was primarily aimed at a high-tech entrepreneurial incubator business concept being suggested by Tim Newman, among others. The CDC deferred to this concept and wrote a letter of support. The concept quickly evaporated over lack of funding.

In 2017, the CDC agreed to join a mixed-use proposal fronted by Grayhouse Partners, only to discover after the fact that Grayhouse had no genuine interest or intent on including affordable housing. The truth is that a mixed-use of affordable housing and commercial was and remains a viable option for Housatonic School; an option that would create a vibrant 24 hours/day, 7-days/week heartbeat in the center of the Village.

Timothy Geller is Executive Director of the Community Development Corporation of South Berkshire.