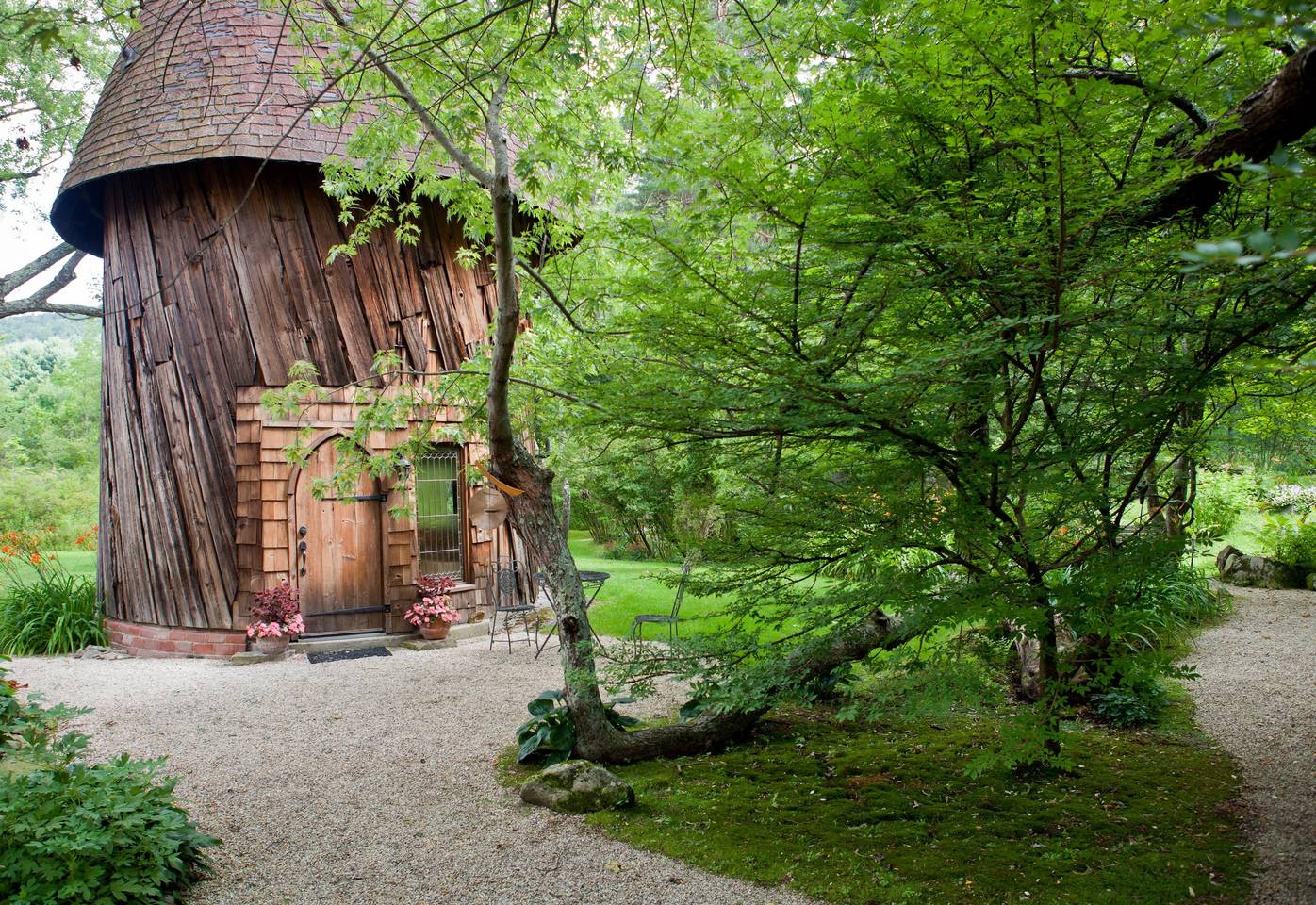 Lenox — In the digital age, disruption in the commercial sector is almost a given. Just ask taxi drivers, bricks-and-mortar stores and newspaper publishers.

But in the Berkshires, that disruption has been keenly felt in the hospitality business, where the traditional lodging sector has had to compete with the likes of Airbnb and its rivals such as HomeAway and FlipKey.

But Airbnb and its competitors do not actually own property. They are essentially middlemen that match travelers, vacationers and others in need of short-term lodging with landlords and homeowners willing to rent for the short term.

As a result, many towns and cities across the state are grappling with an array of gray areas, including whether and how to tax these short-term rentals and whether they should be held to the same zoning, building and health standards as traditional hotels and B&Bs. Some towns have targeted short term rentals for increased regulations and taxation.

In the state Legislature, a bill has been proposed that would allow the state and towns to tax and regulate short-term rental operations in a manner similar to the way traditional lodging establishments are taxed and regulated.

Perhaps more than other towns in the Berkshires, Lenox has felt the impact of Airbnb and the like. After all, the town’s cultural institutions, including Tanglewood and Shakespeare & Company, attract hundreds of thousands of visitors each year. In addition, those organizations and others in town hire thousands of temporary employees, such as actors, musicians and technicians who need temporary housing during the season, which is busiest during the months of July and August.

In an effort to educate the public and gather input for possible action, the Lenox Planning Board held a pair of community roundtable sessions in Town Hall on Nov. 14. For those who could not attend the workshop, the board has also posted an online survey on the subject for residents and business owners. The survey can be found here.

Planning Board Chairperson Pamela Kueber went through an 18-page PowerPoint presentation that attempted to make sense of the topic. She said it was important to note what the town’s bylaws already allow regarding short-term rentals (STRs), which are defined as 30 days or less in a home, apartment or condo.

You can rent out a spare bedroom in your house for a weekend or a few days while you remain in the house. Rentals of 31 days or more — such as renting your house for two full months each summer to one person or family — are not considered short term, so there are already regulations in place that govern them.

Kueber pointed to a variety of scenarios where there are currently no regulations in place. Most of those cases featured homeowners or landlords who rented out all or a portion of their homes for fewer than 30 days and, unlike in a typical B&B, vacate the home or apartment during the stay of the guest. Indeed, the absentee owner is a primary concern to the Planning Board in determining a course of action for STRs, according to member Kameron Spaulding.

“In our B&B licenses, we do require that the owner be onsite,” said Spaulding, who recently resigned as head of the Lenox Chamber of Commerce to start his own marketing firm. “The whole idea is that this should be similar. You want to have somebody available for those types of situations where the owner usually responds.”

And there is concern across the state that some home and apartment owners are renting their properties exclusively as STRs, which could contribute to the scarcity of affordable housing that already afflicts some Berkshire communities.

And of course, there is the matter of taxation. STRs are mostly exempt from the state’s room occupancy excise tax of 5.7 percent. The town of Lenox, and others such as Great Barrington, add the maximum local option of 6 percent.

At a previous meeting in Lenox back in June, Airbnb sent a representative and told those in attendance that the company was not opposed to taxing the service but was more concerned about regulation. Also in attendance at the June meeting was state Rep. Aaron Michlewitz (D-Boston), who sponsored the legislation on STRs.

“What we heard from the hearing in Lenox is [the hosts] have no problem paying the tax,” state Rep. William “Smitty” Pignatelli (D-Lenox) said in an interview. “They just don’t want to be overregulated because it’s their home.”

As an example, Pignatelli pointed to a one-size-fits-all scenario in which a homeowner who rents his house out a for week or two at a time might have to adhere to the same standards as a large hotel, or even a B&B.

“You don’t need crash bars on the second floor or emergency exits,” Pignatelli explained. “If you’re toasting English muffins, do you have to have a commercial kitchen, subject to inspection by the health and building inspector? That’s the balance we need to strike.”

Pignatelli said the original bill sponsored by Michlewitz was too “Boston-centric” and that he encouraged Michlewitz to gather public input in the state’s two tourism meccas: Berkshire County and Cape Cod, where STRs related to tourism and cultural institutions are more common than in the Boston area.

“I think it took him by surprise a little bit,” Pignatelli added. “Hospitality is different here than in the east. He’s hit the pause button.”

Pignatelli said he is optimistic that a bill acceptable to the House and Senate can be crafted and passed by sometime next spring. And he emphasized the need to honor the traditional hotel industry while still allowing for innovation that gives the consumer more choices.

The Edge reached out to three prominent hoteliers in the Berkshires: Vijay Mahida; Joe Toole and Sarah Eustis. None returned messages seeking comment.

“For the Vijays and the Tooles of this world who have invested $15 to $20 million into their businesses, we do have to be respectful of the traditional hotelier,” Pignatelli said, adding that such conventional hotels employ thousands in the county.

One hotel owner who did respond to an Edge inquiry was Gaetan LaChance, a native of Australia who, with his partner Mike Farmer, owns The Barrington, a boutique bed-and-breakfast on Main Street in downtown Great Barrington. LaChance says he is not opposed to innovation but is mainly concerned about unfair competition from STRs that are not taxed.

“We are at a disadvantage,” LaChance said. “We pay sales tax. Six percent goes back goes back to the town. It’s an unfair advantage and they [STRs] don’t really contribute to the town.”

Paul Sacco, president and CEO of the Massachusetts Lodging Association, told Statehouse News this summer that efforts such as Michlewitz’s will “level the playing field” for hotels and bed-and-breakfasts that are subject to taxes and regulations. He likened the “exploding” growth and lack of regulation of STRs to the “wild west.”

As you might expect, the effort to tax and regulate STRs is opposed by the Massachusetts Realtors Association, which insists that homeowners looking for extra income shouldn’t be burdened with regulations and taxes since they’re already paying property and income taxes.

Just how much revenue is the state losing out on? Airbnb said it logged about 592,000 guests in Massachusetts last year. If those stays been subject to the state’s hotel tax rate of 5.7 percent, that would have added an estimated $15 million to the state’s treasury.

It’s not clear how much revenue would have been generated in Berkshire County. On Airbnb alone, there are 306 rental units listed in the town of Lenox search, though some of them appear to be in neighboring towns.

In September, Airbnb released a report on its summer season in the Berkshires and the economic activity it generated through Tanglewood-related rentals alone.

The company insists it is “creating an economic lifeline for thousands of middle class residents of The Berkshires who, collectively, earned nearly $2 million” renting out to Tanglewood performers and patrons, in an effort to “to make ends meet, and open their communities.” Guest arrivals grew 370 percent from the same time in 2014, Airbnb said.

In the absence of enabling legislation from Beacon Hill that would allow them to tax STRs, some municipalities are moving to regulate them. The Cambridge City Council, for example, voted in August to require hosts to live in the same or an adjacent building. Other aspects of the new law were designed to protect the city’s dwindling affordable housing stock. The law also requires companies like Airbnb to register with the city and subject themselves to an inspection every five years.

Spaulding is skeptical that taxing the STRs would generate significant revenue in Lenox, which has several large chain hotels within its borders. He thinks the best approach for the town is to “focus more on the zoning and health issues.”

“It’s not really worth our time to think about the taxes because the state will make those decisions,” Spaulding said. “The zoning we can control.”

Pignatelli likened the new technology used by Airbnb and its competitors to the earlier disruption of the traditional taxi industry.

“They’re the Ubers of hospitality,” he said. “It’s something we never envisioned 20 years ago.”