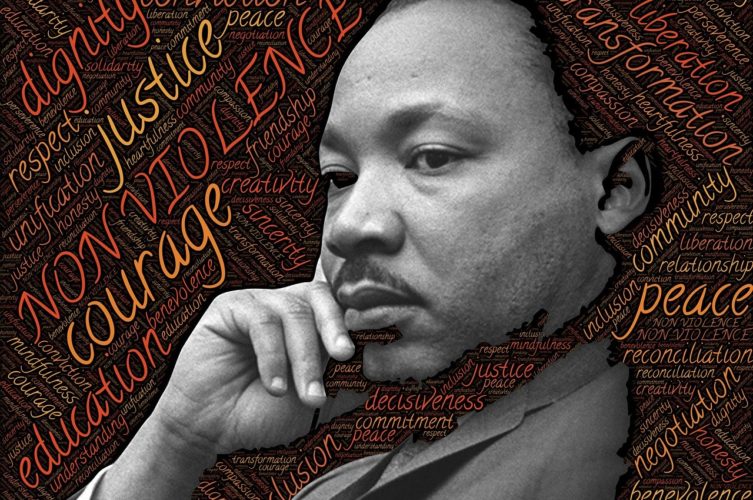 Individuals and groups in the Berkshires and beyond are coming together to honor the legacy of Reverend Dr. Martin Luther King Jr., the Baptist minister and civil rights activist whose words and deeds inspired the nation from 1955 until his assassination in 1968. January 15, 2021 marks the 95th anniversary of King’s birth. The MLK Day federal holiday — approved in 1983 and adopted by all 50 states in 2000 — is intended to be multifaceted: it honors King’s enduring legacy, focuses on the ongoing issue of civil rights, emphasizes the use of nonviolence to promote change, and calls people into public service. This year’s MLK holiday, observed on the third Monday in January, offers myriad opportunities for us to come together in ways that acknowledge there is more work to be done before each of us is judged, “[not] by the color of [our] skin, but by the content of [our] character.”

In North County, Massachusetts College of Liberal Arts — along with the Northern Berkshire Community Coalition and Williams College — invites the MCLA and wider community to participate in the annual Martin Luther King Jr. Day of Service from 9 a.m.–1 p.m. on Monday, Jan. 18. This year’s day of service will offer a slew of virtual and socially distanced opportunities for citizenship, including a canned food drive, mittens/socks/hats drive, a letter drive and card-making, and the Virtual Peacemaker Award ceremony. Those interested in participating or volunteering can call the Northern Berkshire Community Coalition at 413-663-7588 or send an email to csacherski@nbccoalition.org. More information can be found here.

In Pittsfield, the WordXWord Festival will celebrate Dr. King via Zoom with a virtual event entitled Letter from Pittsfield. WXW invites poets to present work that reflects on, is inspired by, or otherwise connects with the legacy of Dr King while keeping in mind one of his seminal messages: “Injustice anywhere is a threat to justice everywhere.” In addition to original work (from poetry, unaccompanied rap and short story, to collaborations and multi-voice pieces), organizers invite the sharing of excerpts from King’s own writing; regardless of your contribution, all participants are asked to do so in three minutes or fewer.

WordXWord’s Poets Creating Conversation is an ongoing series of events that not only invites but also challenges poets to circle loosely around a theme or issue in the current social discourse in order to create a broad, multi-dimensional “conversation” among poem, poet, and audience. The goal? By sharing personal stories, observations, and challenges — as well as moments of inspiration and hope — a tapestry of creative voices is woven that makes us stronger by helping us, both individually and collectively, to navigate the way forward. The event, which is free and open to the public, will kick off at 7:30 p.m.; advanced registration is required by visiting this link. 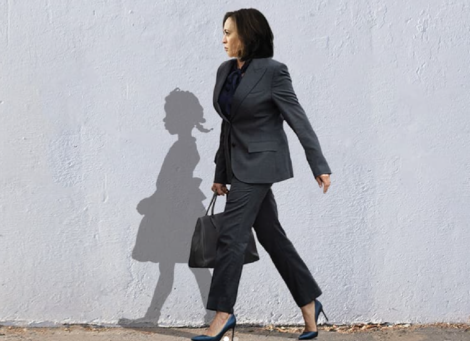 The Norman Rockwell Museum in Stockbridge invites families to honor Martin Luther King Day by joining a virtual read aloud and conversation on Monday afternoon at 1 p.m. Keely Rose O’Gorman — a local high school student, actress, and singer — will read “Ruby Head High: Ruby Bridges’s First Day of School” by Irene Cohen-Janca and illustrated by Marc Daniou. Based on the  true story of Ruby Bridges, the first African American student to attend an all-white school in the segregated South, the story is also the subject of Norman Rockwell’s painting “The Problem We All Live With,” which hung outside President Barack Obama’s Oval Office and is currently on view at the Museum.

Following the reading, artist Bria Goeller will join O’Gorman in a conversation about The Problem We All Live With, her meme based on the painting which celebrates Kamala Harris’s groundbreaking Vice President-elect status, and the role of imagery in shaping cultural narratives. Goeller will also take questions from the audience, and especially from young people interested in her work. This program — which is free for NRM members and “pay what you wish” for non-members — is supported in part by the Berkshire Taconic Community Foundation. Please contact learn@nrm.org for access to this Zoom event, which includes an exclusive Q&A with panelists. If you wish to opt out of the Q&A, this program will stream for free on the Museum’s YouTube Channel.

Finally, a special free screening of “MLK/FBI,” the award-winning documentary from filmmaker Sam Pollard, is being offered by the Woodstock Film Festival, in collaboration with Radio Kingston and Black History Month Kingston (NY). “MLK/FBI” is the first film to uncover the extent of the FBI’s surveillance and harassment of Dr. Martin Luther King, Jr. Based on newly discovered and declassified files, utilizing a trove of documents obtained through the Freedom of Information Act and unsealed by the National Archives, as well as revelatory restored footage, the documentary explores the government’s history of targeting Black activists, and the contested meaning behind some of our most cherished ideals. Featuring interviews with key cultural figures, including former FBI Director James Comey, “MLK/FBI” tells the astonishing and tragic story with searing relevance to our current moment. Reserve your seat now, as space is limited. Once you begin watching the film on January 18, you will have 48 hours to finish.