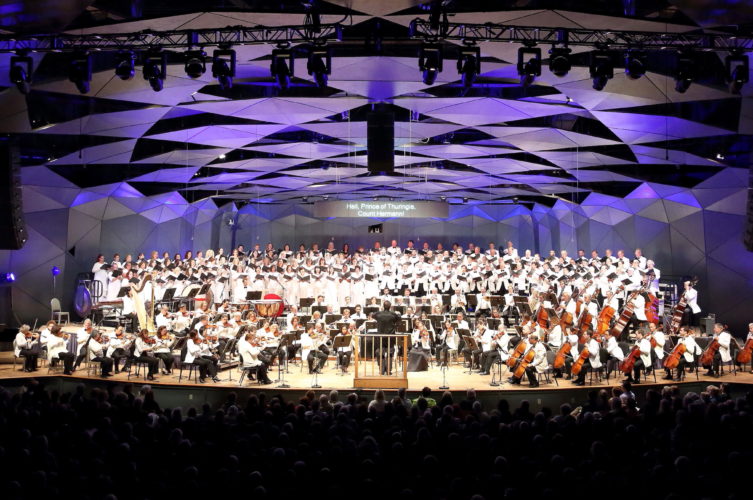 Lenox — In the wake of the Boston Symphony Orchestra’s historic cancellation of its live summer season at Tanglewood, the BSO Monday announced details regarding the programming, grounds access and streaming access for the Tanglewood 2020 Online Festival.

The online festival, which runs from Friday, July 3, to Sunday, Aug. 23, will feature a wide variety of BSO musicians, as well as guest artists such as cellist Yo-Yo Ma, violinist Joshua Bell and pianist Emanuel Ax.

Encore and archival performances are also part of the festival. There will also be informal conversations with artists and master classes, including a session with BSO music director Andris Nelsons on Wednesday, July 1.

“My colleagues at the Boston Symphony Orchestra have dedicated all their focus and energies to creating an innovative online offering for the thousands of music lovers who support Tanglewood,” Nelsons said in a statement. “Though nothing can substitute for the community around the live concert experience, these online offerings will be a beautiful bridge of inspiration that will help get us through this difficult period and back to live performances at Tanglewood in 2021.”

Tanglewood regular James Taylor will host and perform in “The Best Of Tanglewood On Parade,” featuring the BSO, the Boston Pops, the Tanglewood Music Center Orchestra, and the Boston Symphony Children’s Choir, with conductors Nelsons, Keith Lockhart, John Williams, and James Burton.

Scrim panels placed on the Koussevitzky Music Shed will list the names of the 1,027 graduating seniors throughout the region and feature artwork by students working with IS183 Art School of the Berkshires. The graduates of several of those high schools typically receive their diplomas during commencement exercises in the Shed, but the schools have had to make other arrangements this year because of the COVID-19 pandemic.

Tony Fogg, artistic administrator for the BSO and director of Tanglewood, said in an email: “Since the objective was to maintain as many aspects of the planned in-person 2020 festival as possible, many of the artists featured are those who were to have played at Tanglewood this summer.”

The BSO is also releasing certain performances at the same times as they would have been heard live, with complete online recordings of BSO concerts taking place Sundays at 2:30 p.m. as an example of such scheduling. In addition, Fogg said, “The BSO [is] committed to connecting with our audiences at the times they might typically visit Tanglewood, whether for concerts with the Boston Symphony Orchestra, performances with the Tanglewood Music Center Fellows, or programs with the Tanglewood Learning Institute.”

The Tanglewood grounds will be open for visitors during limited hours on Wednesdays, Saturdays and Sundays. The numbers of visitors will be limited and they must register in advance at tanglewood.org. All visitors and staff are required to wear masks while on the Tanglewood campus. Public restrooms will remain closed. The policies are subject to change, pending any new recommendations from the CDC or the state.

This is the first time the BSO has canceled an entire live season in 75 years. The symphony canceled four seasons, from 1942 to 1945 because of World War II.

The announcement last month of the cancellation of the live Tanglewood season was a devastating blow to the region’s economy, which is already reeling from the effects of the economic shutdown and the live season cancellations from Jacob’s Pillow, Shakespeare & Company and the Williamstown Theatre Festival. In early April, the BSO canceled the spring season of the Boston Pops.

More information about the Tanglewood 2020 Online Festival can be found by clicking here.