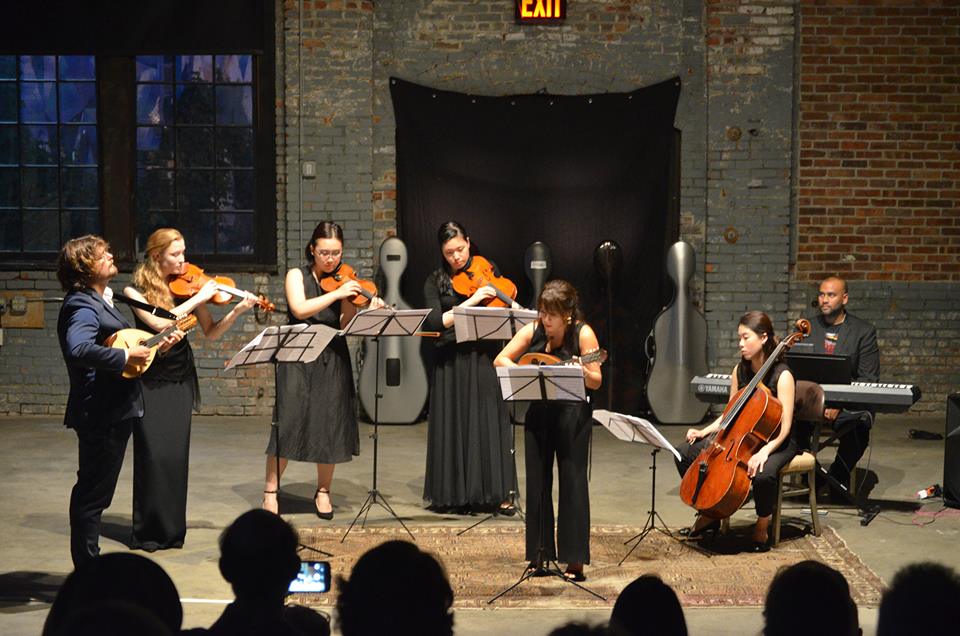 A performance of the 2017 High Peaks Festival at Basilica Hudson in Hudson, N.Y. Photo courtesy Close Encounters With Music

Sheffield — Close Encounters With Music has moved its High Peaks Festival to the campus of Berkshire School, providing students and faculty from around the world a new setting in which to study, perform and share their talents with the community. Created as an extension of CEWM’s mission, the festival was most recently held in the Catskill Mountains of New York. Bringing it to CEWM’s home turf in the Berkshires means it will now be convenient to audiences and supporters who have enjoyed 26 years of concerts during CEWM’s winter season.

The festival, to be held at the Berkshire School’s state-of-the-art Allen Theater, is open to the public.  The key players hope that visitors will attend concerts by faculty and students, or just drop in for a master class or a faculty talk.  Once there, says CEWM artistic director Yehuda Hanani, “a visitor will feel part of the creation of the music and will learn about the joy, persistence and occasional frustration that are all part of learning to play professionally. Berkshire High Peaks offers an unusual window into the process of making music and a behind-the-scenes peek into what can be a transformative experience for a young artist.”

For the ninth year, an international group of violinists, violists, cellists and pianists will converge Monday, Aug. 6, through Thursday, Aug. 16, for intensive instrumental study and chamber music coaching with distinguished faculty. The High Peaks Festival has evolved into a training program designed to imbue players with new ideas, inspiration and tools for technical advancement. Said Yehuda Hanani: “Music students today are often cut off from inner life and the artistry of the material they are engaged with as they focus on careers, on digital perfection, and on the more pragmatic aspects of the profession. The relaxed atmosphere of the countryside makes for a perfect departure point to counter this and explore the magic and mysteries that inhabit the works of the greatest composers.” And, for

This summer, the festival’s theme is “The French-Russian Connection.”

“There was so much reciprocal import-export of ideas. The czars imported French architects and the aristocracy didn’t drink vodka, they drank champagne. We’ll go back to the days when Paris was the nexus of global culture,” explained Hanani.

“Our faculty includes baroque experts and we’ll begin with the French Baroque music, all the way up to Poulenc and Messiaen. It gives us a chance to present some of the most beloved and important of composers: Rachmaninoff, Prokofiev, Shostakovich, Stravinsky, Debussy, Poulenc and Fauré. We’ll also look at how cultural hubs are subject to political and economic winds and how the center of artistic gravity has moved away from Paris and St. Petersburg to other locations,” he continued.

An integral part of the festival is “Buddy Day,” when at-risk youth from Pittsfield’s Kids 4 Harmony and Albany, New York’s CHIME are teamed up with their advanced instrumental counterparts for one-on-one lessons and a nature hike, picnic and joint performance. This year’s “Buddy Day” will be Tuesday, August 14, and music students, teachers and all music lovers are invited to enjoy a day of interaction, camaraderie and growth with High Peaks conservatory students and their young colleagues.

Faculty and student outreach performances have taken place in past years in New York locations such as the Orpheum Film & Performing Arts Center in Tannersville, Olana State Historic Site in Hudson, the New York State Museum in Albany, Clermont State Historic Site, and the Bridge Street Theatre in Catskill.

Tickets for individual concerts, talks and master classes range from $12–$50. All-inclusive festival passes are also available. For more information, see the Berkshire Edge calendar or contact Close Encounters With Music at (800) 843-0778 or cewmusicinfo@aol.com.