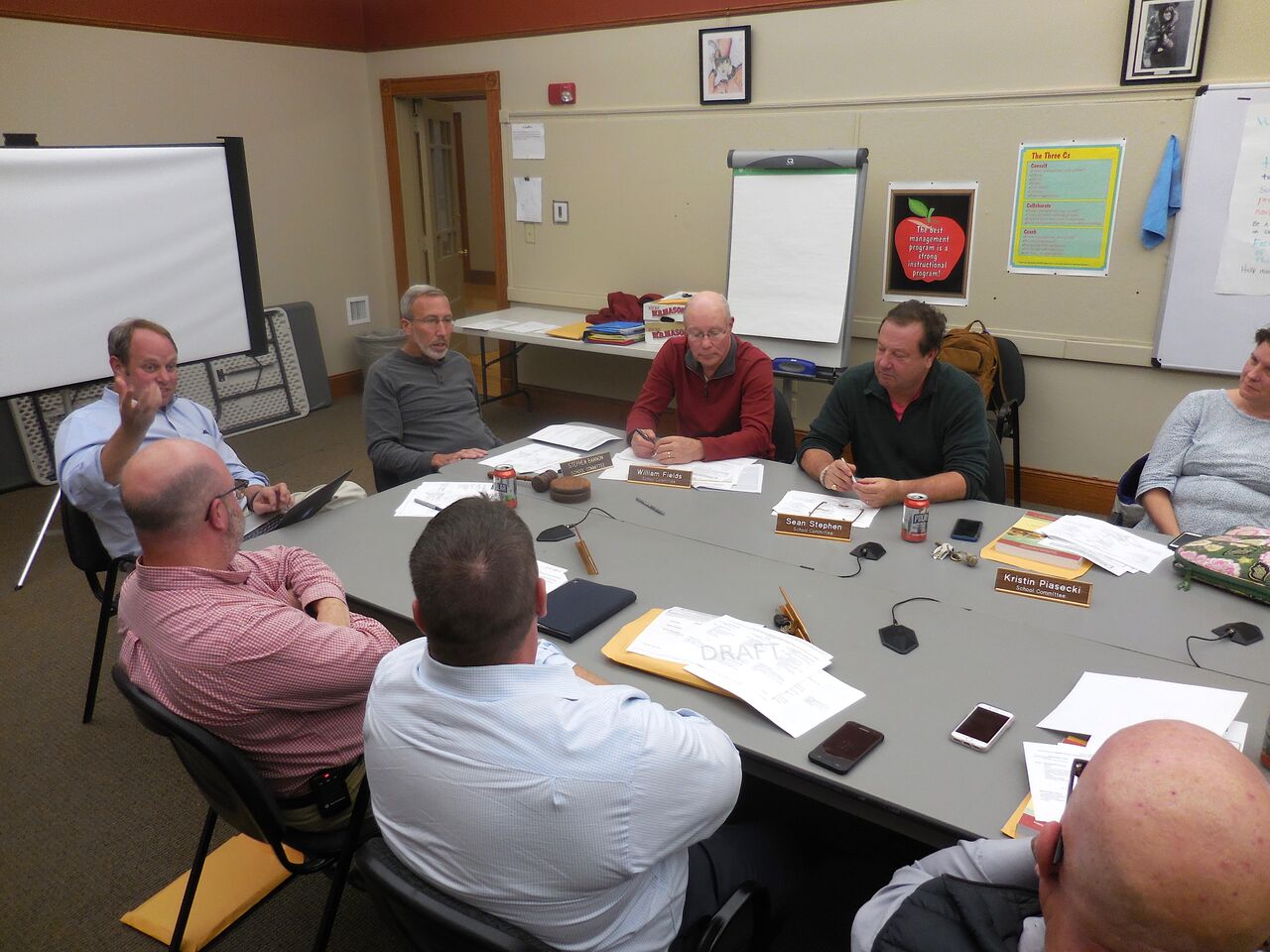 Stockbridge — It remains to be seen whether the third time will be the charm, but the Berkshire Hills Regional School Committee has vowed once again to pursue a solution to the deteriorating Monument Mountain Regional High School.

At a meeting Thursday night (October 19) at the district’s offices in Stockbridge, the committee voted unanimously to ask Superintendent Peter Dillon to draft a mission and recommend the composition of a panel that would meet regularly and propose a solution for the aging school.

“I think we should renovate the high school,” said committee member Rich Dohoney of Great Barrington. “We have to start from ground zero.”

And there was strong sentiment for the hiring of a facilitator who can moderate the panel and help it and the school committee communicate with the very public that will be asked to support the potential project.

“It’s important for there to be good communication between the committee and the public,” school committee Chairman Steve Bannon said of the panel. “The [panel] might want to go out into their towns and hold forums.”

“I like the idea of a local committee, and not the usual suspects either,” added committee member Bill Fields, who, like Bannon, hails from Great Barrington. “Nobody can say we didn’t listen to the people … not a top-down approach.”

Weighing heavily on the minds of the school committee were two recent attempts, one in 2013 and another a year later, to spend more than $50 million to rebuild the high school. Both failed when Great Barrington, by far the largest of the three towns in the district, failed to approve an override to Proposition 2½, a state statute that limits tax levy increases.

Before and after both defeats, there were complaints of inadequate communication with the public. There were also grumblings that the case had not been made for such an ambitious project and that less expensive alternatives had not been explored, a claim that proponents of the project adamantly denied.

Even after the second vote, it became clear that some voters were not aware, for example, that while the price tag on the referendum was $51 million, local taxpayers would have only been responsible for less than half that because the Massachusetts School Building Authority would reimburse the district to the tune of $23.6 million.

After the first defeat, the school committee went on a charm offensive, using district advocate and volunteer Karen Smith to facilitate a series of public forums that amounted to a listening tour. But, in the end, it did not matter. The Proposition 2½ override, failed in Great Barrington by 61 to 39 percent, roughly the same percentage as the previous year’s failed vote on the $56 million project.

“You could write a book about why it failed: political issues, the selectmen,” said Fields, turning to Great Barrington Selectman Ed Abrahams. “I hope, Ed, there are no big projects coming up in Great Barrington.”

Abrahams smiled and said, “Not a lot.”

Since 2005, Great Barrington has had to pay for several costly public works projects, including its share of the $29 million construction of new regional elementary and middle schools, a $9.1 million firehouse, a $4.1 million expansion of the Mason Library, a new $1.1 million state-of-the-art tower ladder fire truck and, most recently, more than $1 million towards the design and engineering of the Main Street reconstruction project. Spending on those projects is widely assumed to be the reason why voters in the town twice rejected expensive reconstruction projects at the high school.

On Thursday night there was considerable discussion about whether to submit another statement of interest to the MSBA–a long and complicated process whose outcome is far from clear–or go it alone and finance it locally.

The sentiment was that sending a letter of interest, which Dillon characterized as “an objective statement of facts as to state of the building,” to the MSBA should be done no matter which funding method was ultimately approved. Dohoney even characterized it as a potential “placeholder.”

Then there was the matter of the composition of the high school building panel and how it would function. Some members wanted a panel that resembled the Regional Agreement Amendment Committee, which met several times over the course of the last year in a successful effort to change the district agreement’s formula for taxing the district’s member towns to pay for its operations and capital expenses.

“RAAC was so successful because their task was very clear,” said school committee and RAAC member Dan Weston of Stockbridge. “This new group needs to have a very clear task, clearly defined.”

“It worked for the RAAC committee,” agreed Bannon.

Dillon said the facilitator would need to be “someone who can manage a very large group with varying opinions” and who has a “background in building and construction,” though he acknowledged that the combination of skills is an unlikely one and that two people might have to be hired.

Both Dillon and Bannon pointed to a memorandum written by former Monument Principal Marianne Young in 2015 outlining a three-pronged approach to addressing the high school’s facility needs: educational vision, funding, and repairs and improvements to the facilities. They said the memo could serve as a partial guideline for the new committee.

Bannon said, “Nothing should be off the table.” Possibilities include the renovation of the school on its original footprint, an entirely new high school on a different location on the Route 7 property, or funding by the three member towns with no help from the MSBA.

School committee member Anne Hutchinson addressed the elephant in the room: Both the Berkshire Hills and Southern Berkshire regional school committees recently announced their intention to explore a merger.

“What about Southern Berkshire?” Hutchinson asked. “People will say, ‘Why should we be building a new school? Where will the students come from?'”

Dohoney said negotiations with Southern Berkshire Regional School District are “about merging districts … [and] getting together to solve our problems,” but not necessarily “about merging schools.”

“We still have a responsibility to address our needs,” Dohoney said. “They’re not mutually exclusive.”

Bannon added that any merger or consolidation “will take a long time” anyway and “we can’t wait three to five years before we even start this project.”

Dillon will bring a draft of the new panel’s charge to the next school committee meeting Thursday, Nov. 2, at 7 p.m. at Monument Valley Regional Middle School. It is expected that the panel will contain a mix of public officials and at-large residents from all three member towns: Great Barrington, Stockbridge, and West Stockbridge.