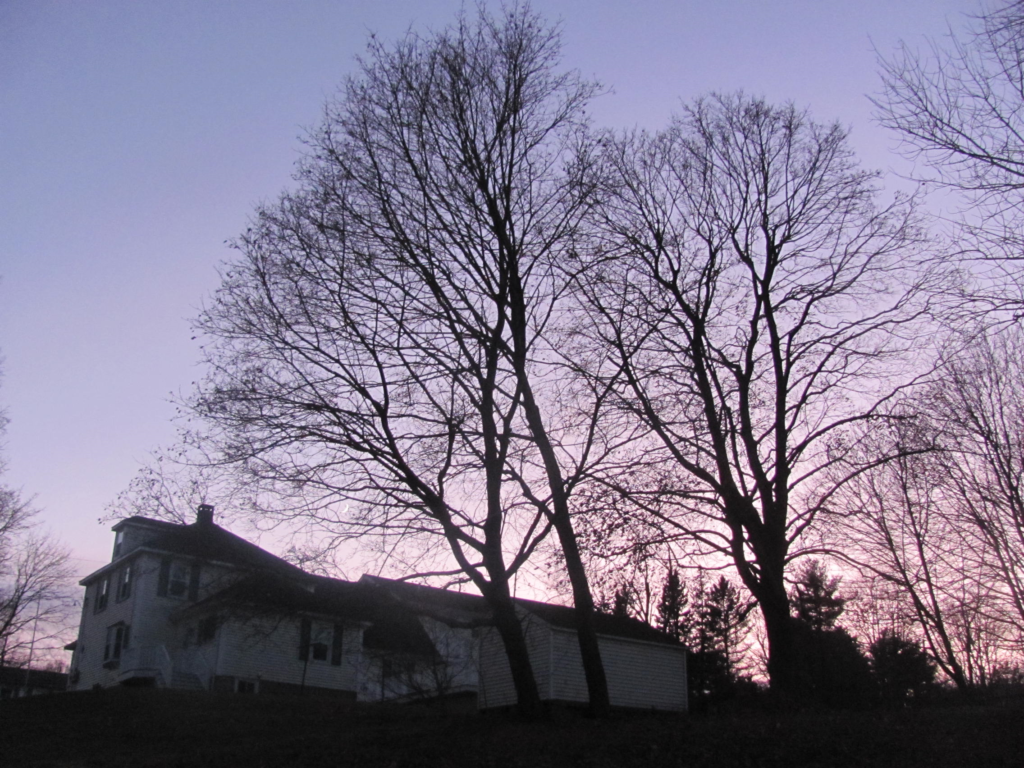 I have been writing groups of haiku about friends and family and childhood. They are incomplete. At some point, when the groupings feel more shapely, I will put them up for you to read.
At this point, obsessed with grayness as I am and as are so many of the people I know, I’ll stick to the weather, daily life, my neighborhood, Mutzl (my dog) and Hermes (my cat) bad politics and delicious food.
I’m behind today, midday on Saturday, December 7. My plan to surround myself with lunch and sink into the recliner to spend four hours listening to Philip Glass’s “Akhnaten” — I’ve loved Philip Glass’s music since I first heard it in 1980 — has to be postponed as I’m stuck in the car as the orchestra begins to play. I listen to the first act in my driveway in the driver’s seat. Staring at the snow drowned front yard.
Might the rosemary
Sage and thyme yet be living
In three feet of snow?
I never planted
Them. I meant to but I
Did not dig for them.
The cloud formations
Rolling south behind the trees
Dramatize the winds.
Orion falls there
Past earth slowly each morning
As his dog runs on.
Blue sky rolling past
To back the branches for a
Moment. Song birds dart. 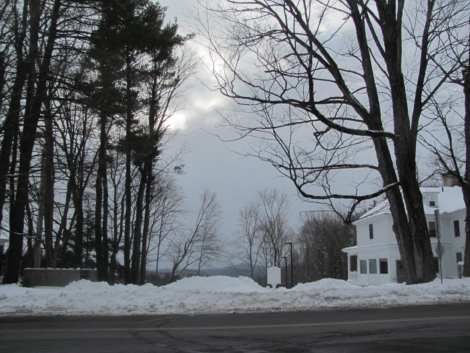 A couple of Saturdays before, I watched a live matinee of “Akhnaten” in HD at the Beacon Cinema in Pittsfield. No view was obstructed. Almost all 58 seats were filled. The production was riveting. I loved it. But hearing the opera without seeing it was even more fulfilling. Nothing competed with the music itself.
The music is more
Powerful without seeing
The staged production.
The performance was
Mesmerizing. Gorgeous.
Filled all “taking-in” space.
I hear the glor’ious
Voices stronger, even through
My car radio.
They sound like they will
Stream in and be here any
Second. In my car.
Now the bells and gongs.
Add linear violas.
Akhnaten and Tye.
Aknathen and his mother, Queen Tye, sing about the glorious future he plans. One god only. Aten. The sun. That’s the end of act one. I rush into my house to set up some lunch during the Met’s long enough and fact-filled intermission.
Music And Tomato Soup
Aromas of the
Lunch I bought waft up to me
Through trumpets and drums. 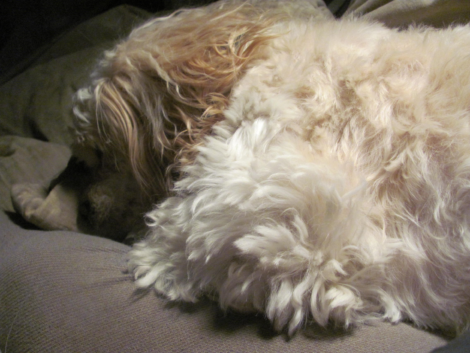 It’s dark outside by the time the opera is over. It feels like the middle of the night already although it is only five o’clock. In the real middle of the night, I wake, watch to moon and cuddle my cat.
The moon is fuller.
The moon is lower than it
Was same time last night.
Strong winds blew away
The clouds so the moon’s also
Sharp, yellow, tonight.
My Right-Handed Cat
He drinks his water
With one paw but don’t dry it.
I dry his wet paw.
Hermes comes up at
The foot of the recliner
To curl on my lap.
Mutzl In A New Sweater
Mutzl now sleeps still
He’s a little purple log.
Covered. Warm by me. 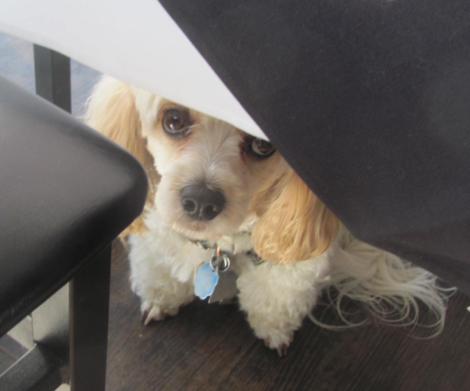