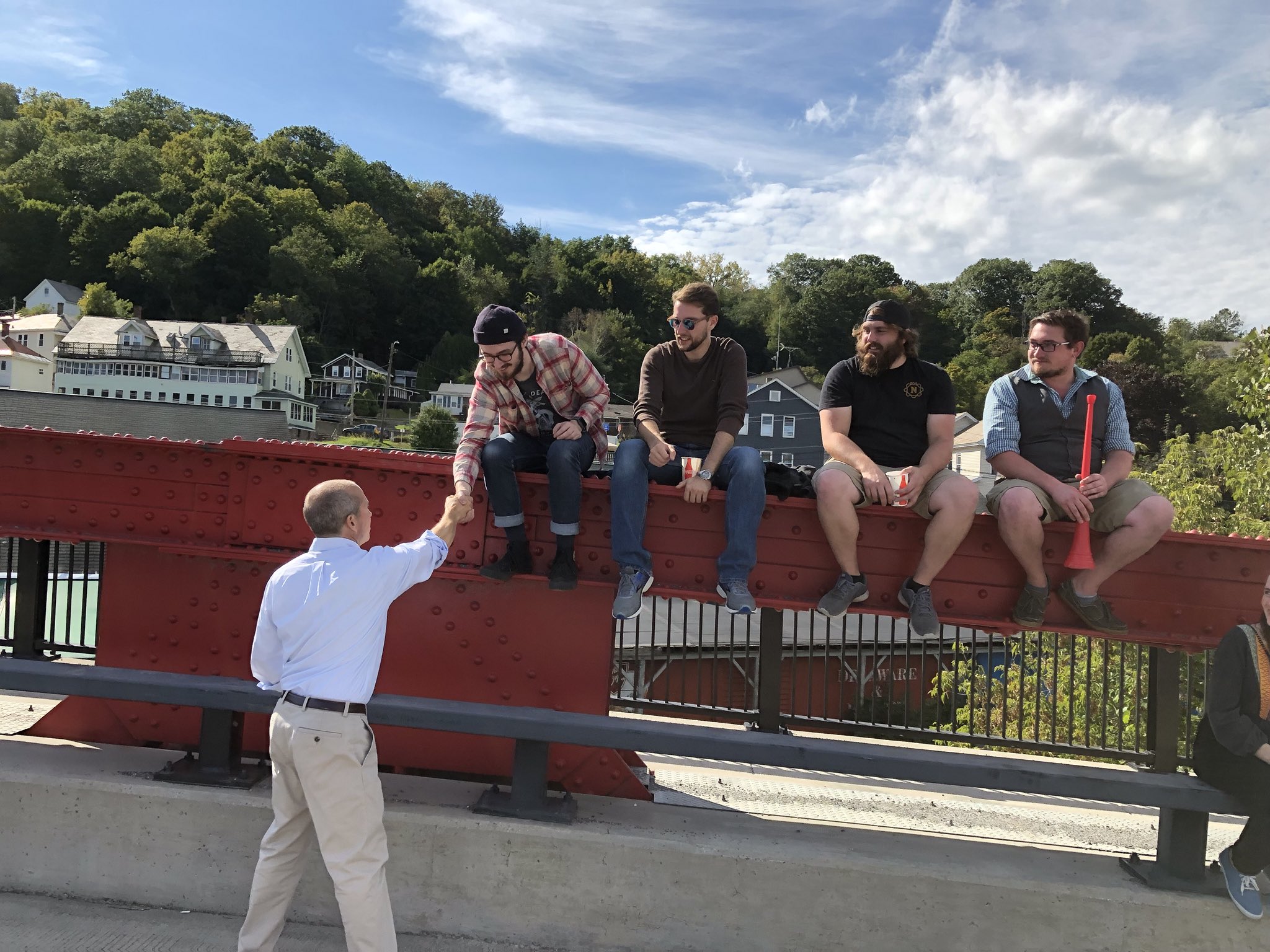 “We will accelerate the transition to renewable energy, we will stop the expansion of natural gas pipelines in our state, and we will be the first state in the nation to adopt carbon pricing,” Jay Gonzalez said during his opening remarks at the Gubernatorial Candidates Environmental Town Hall hosted by the Jamaica Plain Forum and sponsored by a number of environmental organizations. Baker had been invited but did not attend the event.

With Baker absent, Gonzalez took the opportunity to drum up support for his campaign, which he described as a grassroots operation challenging the incumbent governor’s lackluster leadership and ties to corporate and special interest donors. In contrast to his opponent, Gonzalez has signed on to the No Fossil Fuel Money Pledge, a promise to refuse “contributions from the oil, gas, and coal industry and instead prioritize the health of our families, climate, and democracy over fossil fuel industry profits.” According to campaign finance data for the 2018 cycle, Baker’s campaign has received $111,910 from oil and gas interests and over $84,800 from electric utilities.

Baker has been criticized for his seemingly cozy relationship with the fossil fuel and utility industries. Gonzalez spoke to the concern that the utility corporations exert an oversized influence on Beacon Hill.

“I don’t just share this concern. I know it’s true. Utilities’ number one concern is not the public interest. It’s their shareholders and their profits.” Gonzalez said he supports the notion that the utility business model needs reforming, and said he would change the makeup of the Department of Public Utilities.

“We need to make sure DPU is populated with regulators who don’t come from fossil fuel industry.”

Gonzalez has further called for better oversight of gas companies and a significant increase in safety inspections in the wake of last month’s pipeline explosions in the Merrimack Valley. The fires, resulting from an over-pressurized gas line, killed one young man and forced many residents of Lawrence, Andover and North Andover to evacuate their homes.

Halting the expansion of natural gas infrastructure and addressing gas leakage problems are priorities that Gonzalez said he supports.

“We will accelerate offshore wind development. We will remove constraints on solar in Massachusetts,” he said. Specifically, Gonzalez pointed to eliminating the solar net metering cap and the new demand charge for residential net-metered solar under Eversource, which the DPU approved in January.

Beyond expanding clean energy and slashing greenhouse gas emissions, Gonzalez recognized the need to increase resiliency and adaptation efforts in the face of climate change. “We need to get a statewide adaptation plan in place quickly,” he said. “We’re going to need to have real leadership and fortitude to say we’re going to invest in this.”

Gonzalez closed the event with remarks about the steep odds he faces in the governor’s race, expressed with a tone of optimism.

“I know what we’re up against. An incumbent governor with millions and millions of dollars in dark money, all the wealthy special interests and corporate establishment on his side, all the pundits declaring this race over before it’s even started. But as we’ve seen in races across this country, and as Ayanna Pressley and other insurgent candidates have shown us right here in Massachusetts, incumbency and money and special interests and pundits and polls don’t decide elections. You do!”

Speaking with The Edge after the event, Gonzalez said that Baker’s absence from the town hall is a reflection of his priorities. “For me, this is a really important issue. It’s one where I don’t think we’re doing good enough, and we need real leadership,” he said. “It’s also a matter of respect.”

When asked about one of the biggest, and longest running, environmental issues in the Berkshires—cleaning up the Housatonic River from PCB pollution dumped decades ago by General Electric—Gonzalez said he agrees with local communities and the EPA that the toxins should be “safely disposed offsite.”

“Instead of giving GE $125 million to move to Boston on a promise to create 800 jobs that they are not even creating and not delivering on, we should be forcing them to take care of the pollution that they created on the other side of our state,” he said. “That is an obligation they need to be held accountable for. As governor, whatever tools we have at the state level, I’m going to want to leverage to make sure that they live up to that responsibility in a way that serves the best interests of the people of the Berkshires.”