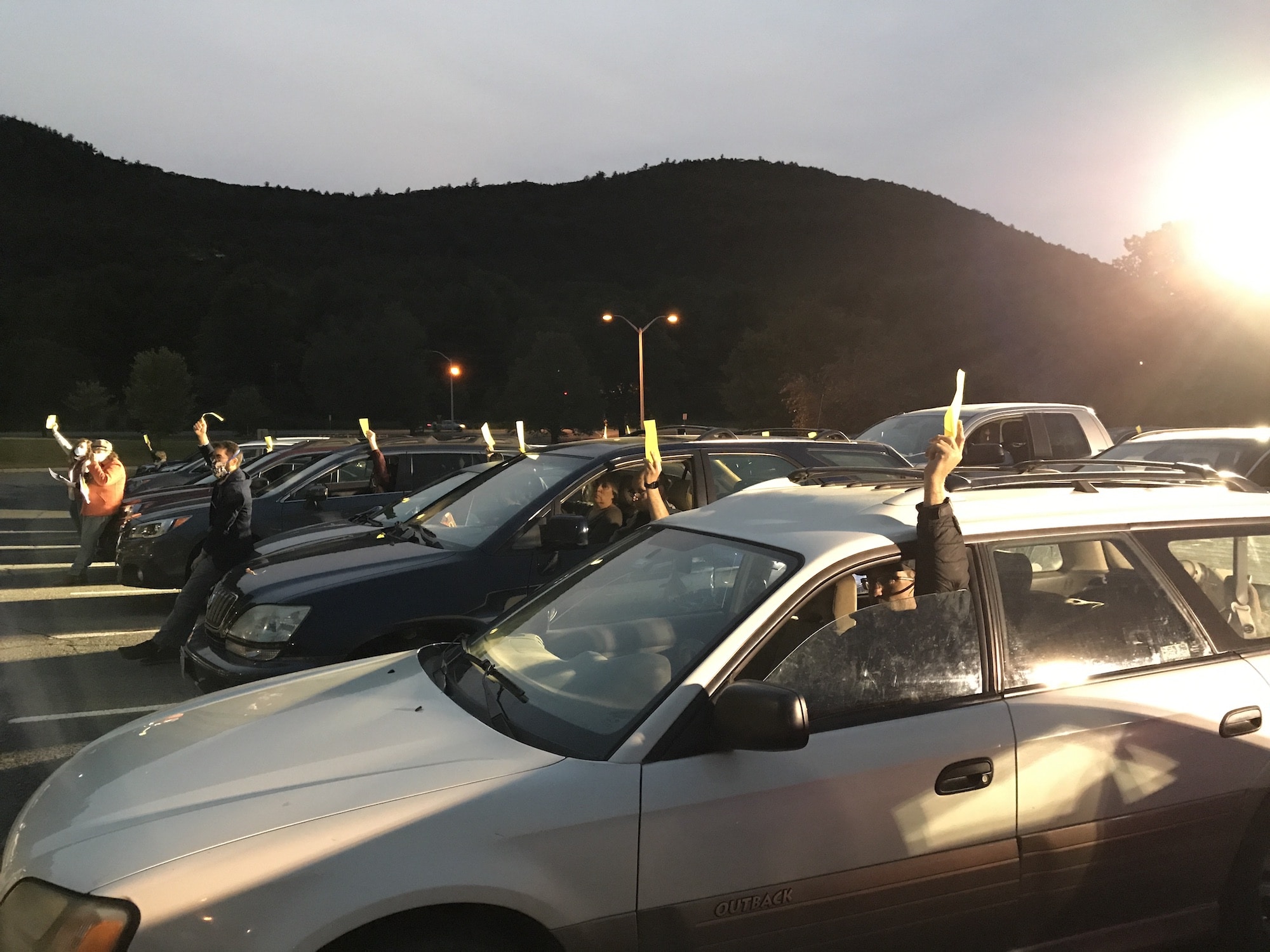 Great Barrington — It was an historic night. We seem to be saying that a lot in the southern Berkshires, but in this case, records must have been set.

Tuesday night, Great Barrington held a special town meeting in the parking lot of Monument Mountain Regional High School. That’s no longer remarkable in itself. After all, in deference to the COVID-19 pandemic, a physically distanced annual town meeting was held outdoors in the same location in late June so that a budget could be passed before the end of the fiscal year, even as the proposed zoning amendments and other articles on the warrant were continued until Sept. 15.

What should have been a shorter meeting mostly dealing with the zoning amendments turned into a marathon of more than four hours. With temperatures dipping into the 40s, the last seven articles on the warrant were continued to next year’s annual town meeting in the first week of May. When’s the last time that happened?

Click here to view or download the warrant and its 32 articles. Click here for “A Brief and Unbiased Explanation of the Articles in the Town Meeting Warrant” prepared by town staff.

Only two of the articles on the warrant that were put to a vote ultimately failed to pass. Most, such as moving $50,000 to the wastewater budget and changing the tax billing system from biannual to quarterly, were routine and elicited little comment.

Then came the zoning amendments, some of which were complicated enough to require detailed explanations from members of the planning board, which had proposed and endorsed almost all of the amendments. All proposed amendments to the zoning bylaws require a two-thirds majority to pass.

Articles 11-18 passed without much trouble. Article 19 was a proposed amendment to the town’s Planned Unit Residential Development (PURD) regulations to encourage “compact and efficient subdivision design in keeping with the density already permitted by the zoning of the site.”

That article failed to gather a two-thirds majority but ultimately passed after an amendment was made to designate the selectboard as the special permit-granting authority rather than the planning board. It was the first of several expressions of hostility toward the planning board.

Article 21 would have designated the planning board as the special permit-granting authority “for most residential uses.” That motion failed. At least two people, including Holly Hamer, spoke critically of the planning board and suggested a reluctance to vest that kind of authority in the board.

An amendment to clarify portions of the Water Quality Protection Overlay District was passed over, and the two subsequent zoning amendments passed with little fuss.

Recommended by the planning board, Article 25 would have, among other things, limited the number of retail cannabis stores in the town to seven, which is the same as the number of full-service liquor store licenses available in the town. Two separate attempts to amend the article failed, and so, ultimately, did the article itself.

One of the proposed amendments to Article 25 would have increased the required distance between marijuana establishments and preexisting schools, which is currently 200 feet, to 500 feet. That motion failed.

At that point, with about 100 shivering citizens remaining, a motion was made to adjourn the meeting until the annual town meeting next spring. It passed at 10:17 p.m. The remaining articles on the warrant, all citizens’ petition items, will have to wait until then.