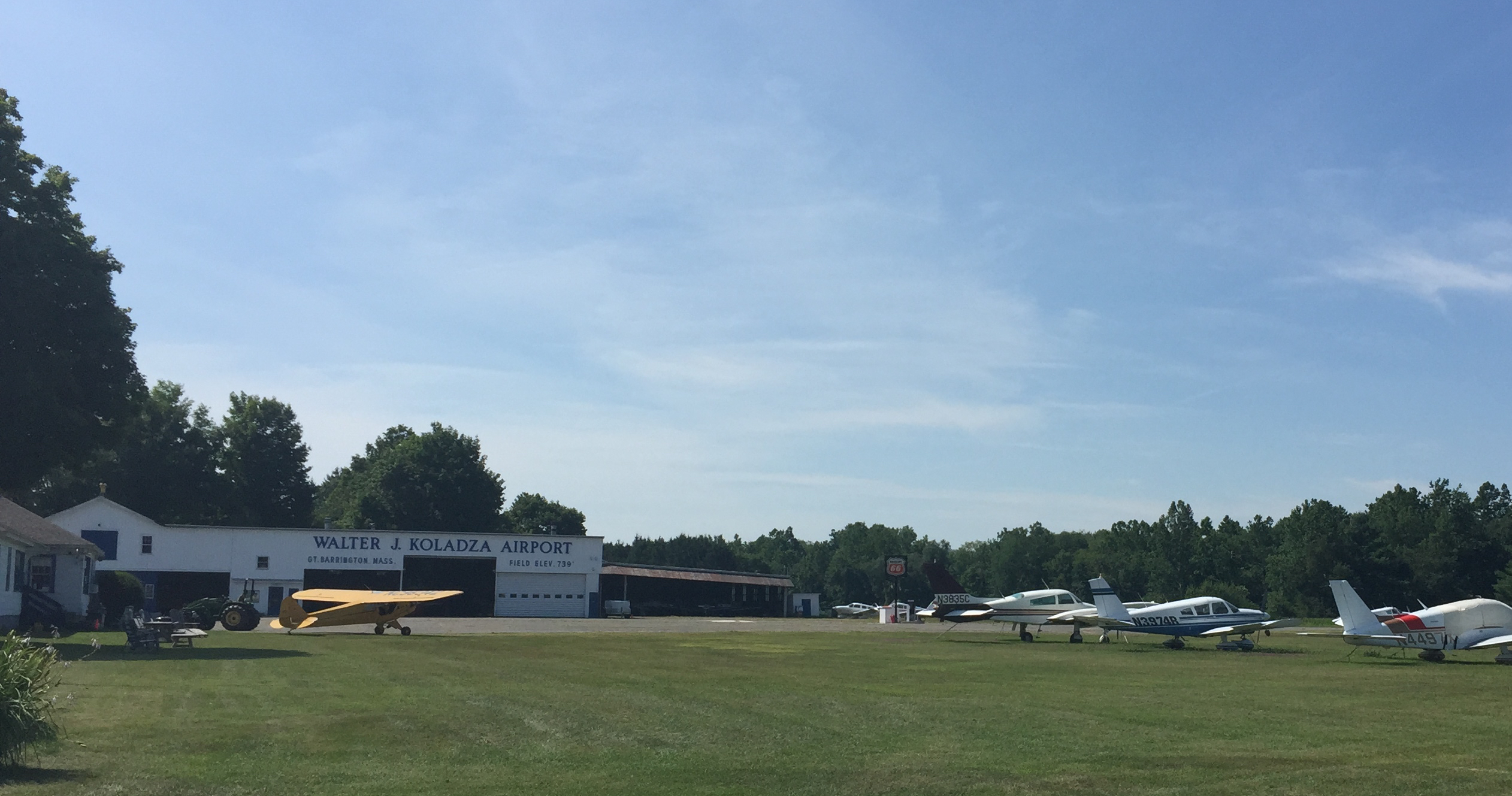 Great Barrington — There was shouting along with the groans of struggling air conditioning units in the Town Hall meeting room Tuesday night, as the Zoning Board of Appeals entered the ring to face off – once again — with its familiar adversaries, the disgruntled Egremont Plain Road residents and airport abutters, Claudia Shapiro and Danny Bell.

The chronic legal fights being waged on the town by this couple reached a fast boil at Tuesday’s (July 28) Zoning Board of Appeals hearing to decide whether to uphold Building Inspector Edwin May’s refusal to act on Shapiro’s and Bell’s zoning enforcement complaint that the Walter J. Kolazda Airport should be prevented from holding events.

Shapiro and Bell say that the town should have stopped Berkshire Aviation Enterprises from hosting the Rotary Club’s Bike n’ Fly in 2013. They contend it’s a zoning violation, and insist that because the airport was never really zoned commercially, it can’t hold fundraisers, including a car show, in what is a residential area and a water quality protection district. It follows, they say, that the Selectboard should not have issued an entertainment license for the event.

May disagreed on the grounds that the airport was used for aviation well before those zoning bylaws were created. It “enjoys pre-existing status,” he wrote in his denial, adding that Shapiro and Bell’s complaint was a result of a “misinterpretation” of the town’s zoning bylaws.

The Zoning Board of Appeals unanimously upheld May’s order. The previous evening, the Selectboard had recommended the same.

Still, the Board was tortured by a long, breathless recitation of case law and property transfers read from handwritten pages, first by Shapiro, then Bell. As a result, there was no coherent shape to their argument that zoning exceptions should not be made for the airport. Shapiro appeared to enjoy grandstanding, as if that might convince the board. And the board struggled for composure as she stomped from seat to podium, and sometimes across the room, occasionally insulting or accusing the board and the town of incompetence and malfeasance.

“These proceedings are not legal, and are not following proper procedure,” Shapiro declared as she began. “This is already starting out in typical Great Barrington and Claudia Shapiro-Danny Bell-style.”

While attorney Richard Dohoney, representing May, said he didn’t “dispute [the airport] is in a residential neighborhood,” he said the issue was about “use,” not structures, and that the airport had long been used for aviation.

The matter heated up in 2013, traveling to Berkshire Superior Court, which sent it back to the ZBA.

But the seeds of the war were planted, it appears, in January of 2010, when May told Bell, of Shapiro-Motors Fine Automotive — Danny Bell’s LLC — that he had to stop doing car repairs and auto body work at his home because it is not in a commercial zone. The cease and desist order says that May learned of the work after a 2008 article in a newspaper published photos and an article that described “painting and sandblasting” of cars on the property. The repair shop is advertised by a sign on 195 State Road, where the company also has an office.

Bell appealed the order, but got nowhere with the ZBA.

In her statement last night, Shapiro alluded to the 2010 cease and desist order, and used it as a reason to say the town shouldn’t make exceptions for the airport, since it is right next door to their property which is near the end of the runway. “I am personally, financially, and politically severely aggrieved, having had our land abutting…this airport stripped to strictly residential [use] in 2010,” she said.

The battle has not been cheap. Through the end of July, town officials say they estimated the town will have spent somewhere between $53,000 and $54,000 defending itself from Shapiro and Bell’s claims. The 2010 to 2013 litigation over the automotive work was the most expensive component, at $39,250.