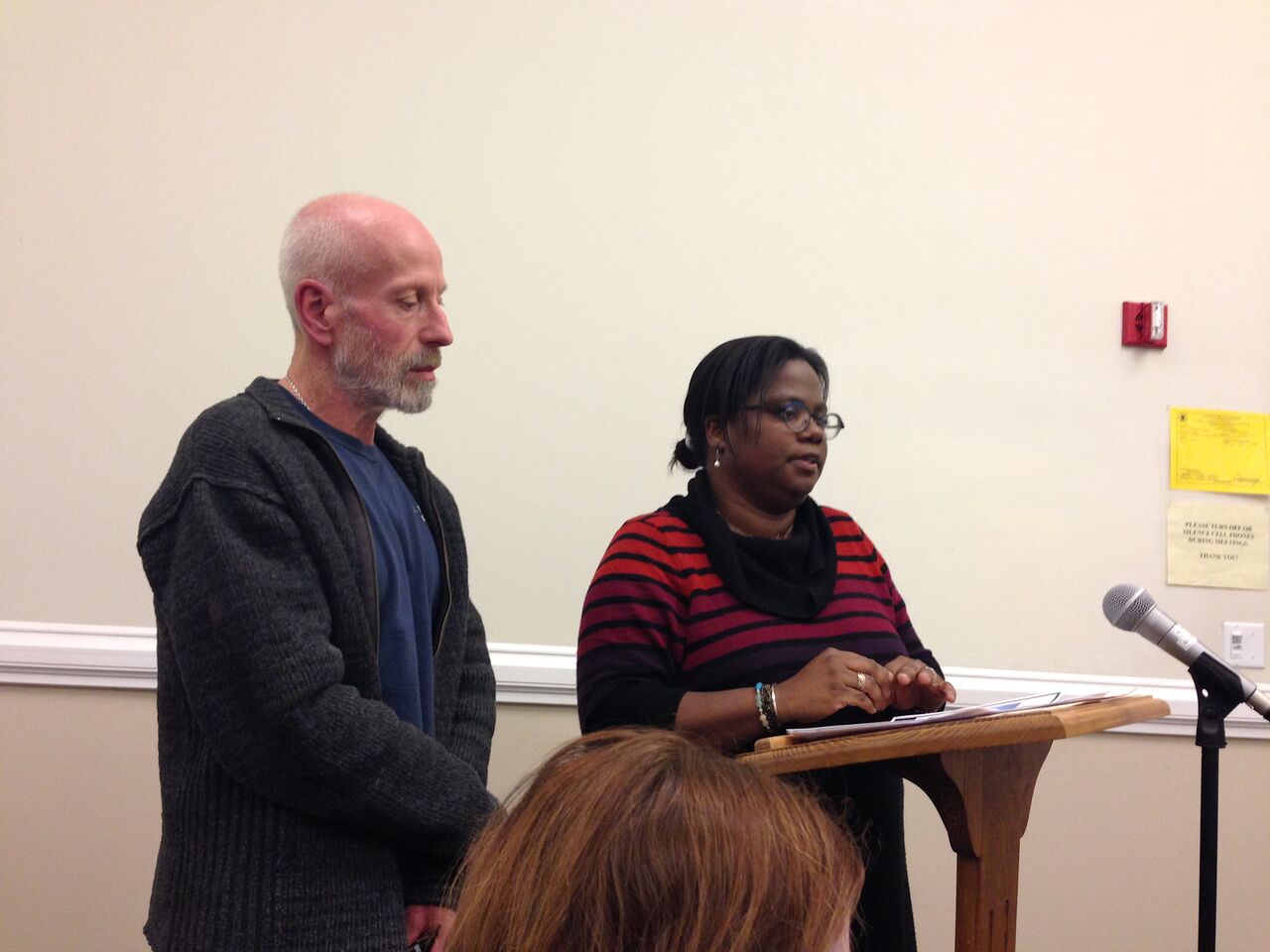 Great Barrington — Plans to celebrate the 150th birthday of Great Barrington’s most famous resident have been finalized and will include a month’s worth of events and activities.

Gwendolyn Hampton VanSant, who directs Multicultural BRIDGE and co-chairs the Du Bois 150th Committee, was on hand in Town Hall Monday night with Randy Weinstein, founder and director of the Du Bois Center at Great Barrington, to gain approval to mount banners on utility poles in town and to report on the progress the committee had made on celebrating the birthday of the iconic scholar and civil rights leader.

On that final day, there will also be a festival walk; a mural presentation by the Railroad Street Youth Project; exhibits honoring Du Bois in the Mason Library, the Great Barrington Historical Society and Town Hall; and the Du Bois Educational series at the Mahaiwe in the evening.

Also at the Mahaiwe Friday, Jan. 19, there will be a performance of Alexa Kelly’s one-man play featuring Brian Richardson and titled “W.E.B. Du Bois: A Man For All Time.” A discussion will follow featuring Dr. Frances Jones-Sneed, state Sen. Adam Hinds and John Bissell, who heads one of the Du Bois festival’s largest sponsors, the Greylock Federal Credit Union.

See video below of a scene from “A Man For All Time”:

And at the Berkshire South Regional Community Center Monday, Feb. 19. there will be a screening of the film “Du Bois In Four Voices.” Attending the screening will be Dr. Wesley Brown and Judge Harold Ramsey. There is also talk of erecting a statue downtown to honor Du Bois at some point.

“We just have a lot of great events lined up,” VanSant said.

Planning for the festival and celebration began in earnest last spring when more than 30 people got together on a Saturday morning in Town Hall to plan the blow-out.

Town manager Jennifer Tabakin told the Great Barrington Selectboard that wastewater superintendent Tim Drumm, who started working for the town some 40 years ago, will retire at the end of February.

Drumm started working for the town in 1977, left in 1983 to work as a private contractor and returned in 1992, for a total of 26 years of service to Great Barrington.

“This is not the official send-off for Tim,” Tabakin said. “We’re going to give a lot more accolades and expressions of appreciation closer to his retirement date.”

Replacing Drumm will be his longtime assistant, chief operator Bill Ingram, who himself has been working for the town for 35 years–much of that time reporting directly to Drumm. Ingram is fully licensed in both Massachusetts and Connecticut.

“He knows everything about operating and maintaining the wastewater treatment plant and he has all the onsite knowledge,” Tabakin said.

Tabakin also announced that she had hired a new town accountant, Susan M. Carmel, who replaces Bob Patterson, who had been hired only a little more than a year ago.

Tabakin said Patterson “has had a very successful year here in Great Barrington but went on to a position in the private sector that came up unexpectedly for him.”

Carmel had previously worked in Pittsfield, where she had served as director of finance and administration as well as city treasurer. She also served as town accountant in Lenox.

Carmel was also the sole finalist to become town administrator in Stockbridge in 2016, hoping to succeed Jorja-Ann Marsden, who had retired after 31 years of service to the town. Carmel withdrew from consideration after the board of selectmen was sharply criticized for offering the job to her without any warning or public discussion.

Aggrieved neighbors of businessman Gary O’Brien are considering hiring their own attorney in their quest to get O’Brien to obey a recent cease-and-desist order from zoning enforcement officer Edwin May. The order cites “multiple complaints” over the past four months about trucks “rumbling up Blue Hill Road, dumping materials and heavy equipment at early morning hours.” The order demands that O’Brien cease the illegal activity in the residentially zoned neighborhood immediately.

Several neighbors have appeared before the Great Barrington Selectboard twice last month to complain about the decades-long illegal activity, at one point complaining that they were under “industrial siege.” At the most recent meeting on Dec. 19, the selectmen ordered Tabakin to make sure May is represented by a lawyer if he has to go to court again.

Fairview Terrace resident Roger Belanger appeared Monday and asked if the selectmen had hired an attorney to begin enforcement actions against O’Brien. Selectboard Chairman Sean Stanton told Belanger, “The decision to hire a lawyer has been made and town manager is in the process of finding somebody for the board to hire.”

Stanton expects the item to be on the agenda for the selectboard’s Monday, Jan. 22, meeting. O’Brien is appealing the cease-and-desist order through the Great Barrington Zoning Board of Appeals, which must schedule a public hearing on the matter. Stanton said a date for the hearing has not yet been set.

Stanton said the attorney hired by the selectboard would represent the town, which includes the complaining neighbors, but that residents are free to hire their own counsel if they want.

“The neighbors right now don’t feel that you are representing us,” Belanger told Stanton. “That’s why we may seek our own counsel.”