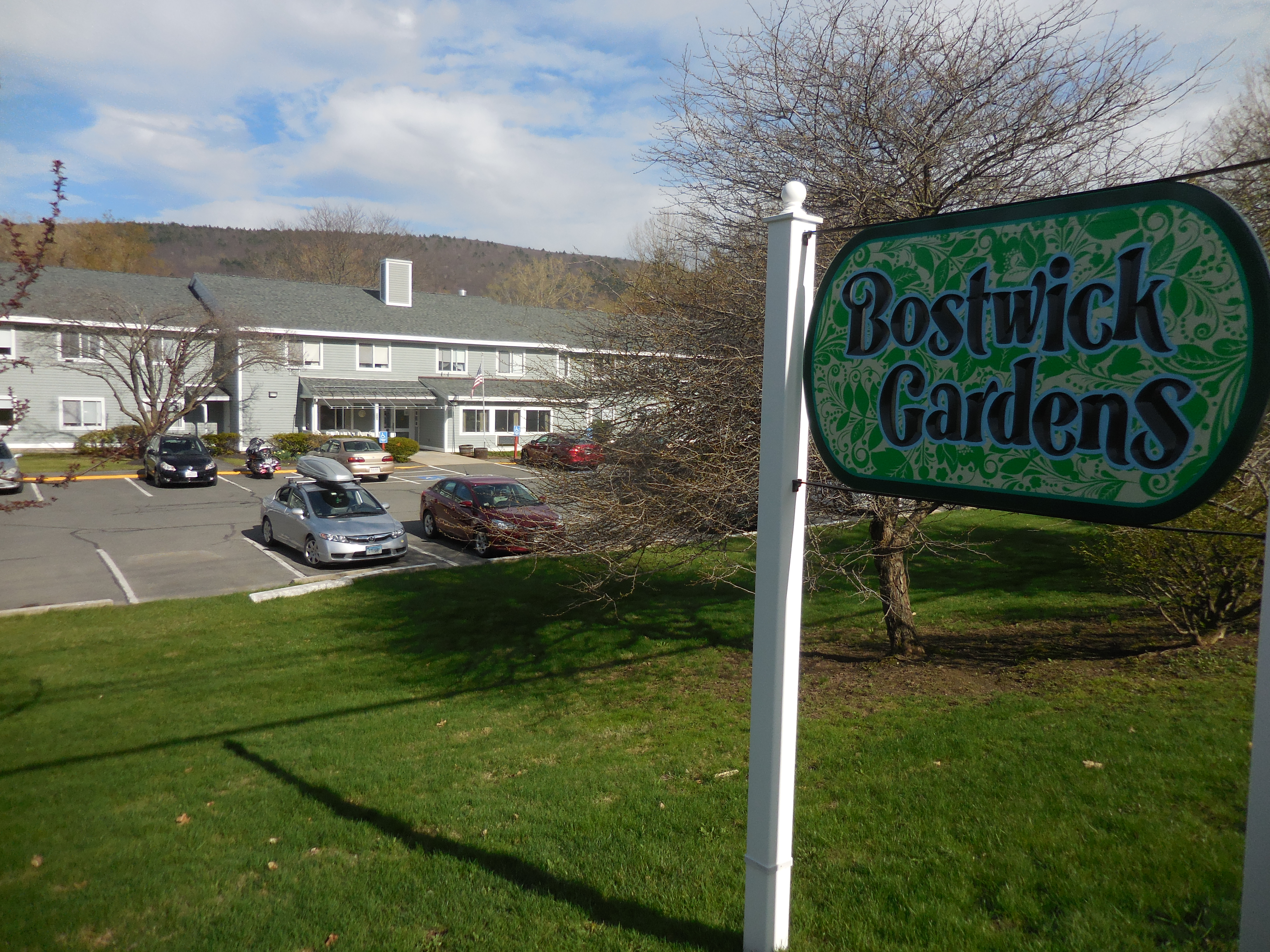 Great Barrington — Among the impressive list of items residents will be asked to weigh in on at the May 1 annual town meeting is whether to give financial support to the expansion of Bostwick Gardens, a project that will help fill an urgent need for affordable elderly housing in Great Barrington.

If approved by voters, Bostwick Gardens would receive $200,000 from the town through the Community Preservation Act toward a $12.4 million project that would more than double the elderly housing complex’s number of units from 29 to 60.

“What’s not to like?” Town Planner Chris Rembold asked rhetorically in an Edge interview. “You have 31 units of affordable senior housing being run and managed by an organization that knows what they’re doing. It’s a great location next to the senior center, the health centers, and you could even walk to grocery store.”

Pending the balance of funding approvals, construction should begin in late 2017 or early 2018, with completion in two years. The icing on the cake is that the Bostwick development also includes a provision for the Riverfront Trail project, a nature trail extending along the west bank of the Housatonic River from Bridge Street to Brookside Road and Bostwick Gardens. Partial funding for Riverfront is also on the CPA list for May 1.

Representatives from the Berkshire Housing Development Corporation, the original developer and manager of Bostwick Gardens, made a successful pitch to the Select Board earlier this year when they needed a special permit, and after the Community Preservation Committee made the recommendation for the $200,000 grant.

Corporation President Elton Ogden emphasized the critical need in Great Barrington for this type of housing. He recited a litany of statistics: for 25 years Bostwick Gardens, at 899 Main Street, has had a “significant waiting list” typically numbering 75 or more. During that time, however, the vacancy rate has remained well under 5 percent.

“So, if you look at the demographics, it’s only going to get worse,” Ogden told the board.

In order to be admitted to Bostwick, residents cannot be earning more than 60 percent of the area’s median income — the typical affordable housing benchmark in Massachusetts.

Ogden added that the majority of Great Barrington’s housing stock was built before 1950, so most homes are two-story and difficult for the elderly to navigate as they lose mobility, necessitating the move to a single-level residence or one with elevators such as those offered at Bostwick.

The project, Ogden explained, “is very well aligned with the goals of the town’s award-winning master plan,” which prioritizes the creation of affordable housing and encourages “smart-growth” strategies.

Other sources of funding for the Bostwick Gardens project include grants from the Massachusetts Affordable Housing Trust Fund, conventional mortgage financing and a federal program of Low Income Housing Tax Credits (LIHTC). But as the Edge has reported, the future of those credits is in doubt, given the Trump administration’s desire to cut the corporate tax rate, which reduces the demand for LIHTC.

However, the use of LIHTCs for financing means the owner or operator must revert from a nonprofit to a for-profit corporation, so the Bostwick property will be put back on the tax rolls, which is great news for taxpayers, Rembold said.

For fiscal year 2017, the town’s Community Preservation Committee had about $800,000 in CPA funds to give away, though the town is not obligated to exhaust the funds in any given year. The total to be awarded this year is $668,630.

The funding of affordable housing has been a top priority for the town Community Preservation Committee since its inception in 2013. The state goal for affordable housing in towns and cities is 10 percent. Great Barrington has about 7 percent. The town’s master plan addressed the subject in 2013.

“The primary recognition of the CPC is the affordability crisis,” explained Rembold, who doubles as the CPA administrator. “To this day, after four years of working on this issue, the CPC continues to state affordable housing as our primary goal.”

The lack of affordable housing is a regional problem. In Berkshire County alone, 45 percent of renter households and 37 percent of owner households are living in homes considered unaffordable, which is defined as households paying more than 30 percent of their income on housing.

In Great Barrington’s case, applications must also be consistent with the town’s award-winning 2013 master plan. The town adopted the CPA in 2012, both through town meeting and a ballot vote, by a two-thirds majority, Rembold said.

The CPA also provides for a significant annual contribution of state funds to each participating municipality through the Massachusetts Community Preservation Trust Fund.

The state’s contribution varies but, on the local level, the CPA is funded by a three-percent property-tax surcharge on the value of residential and commercial properties above the first $100,000 of assessed value. Great Barrington expects to raise about $350,000 locally each year.

According to the Community Preservation Coalition, 172 municipalities in the state — or almost half — have adopted the CPA. Eleven out of 16 cities and towns that voted on it in November passed it. The list of municipalities that approved it last year was a hefty one that included Boston, Holyoke, Pittsfield and Springfield. Of the six towns voting against, two are in western Massachusetts: Palmer and South Hadley.

Rembold cautioned that slices of the state CPA trust fund, which is funded by real estate transfer fees, could be smaller in the future now that the state’s larger cities have joined. But both Rembold and CPA advocates are confident that the state will replenish the badly needed funds.

Reactions across the state to the CPA have been largely positive. Rembold said receiving a CPA grant is “a big show of support for other funding agencies. [The recipient] can say, ‘The town supports us,’ and they can leverage support from private donors as well.”

With little evidence, some conservatives have postulated that the CPA is merely a workaround for Proposition 2½, a 1980 ballot initiative that limited municipal tax levies, with some statutory and override exceptions, to increases of 2½ percent a year.

On the other side of the political spectrum, former Boston City Councilor Lawrence S. DiCara, a well-known progressive, argued more than a year ago in CommonWealth magazine that Prop 2½ widened income equality in the state and that the CPA actually made it worse.

For obvious reasons, wealthy towns are more likely to pass Prop 2½ overrides and/or the CPA. Those already well-to-do communities then have more tax revenue for improvement, while poorer communities continue to languish, DiCara’s thinking goes.

“The Massachusetts Community Preservation Act only adds to the inequality fueled by Proposition 2½,” DiCara wrote. “Residents from every municipality pay into the fund through the use of the Registry of Deeds, but only the affluent communities that are able to adopt these tax increases are eligible to receive these matching grants from the state.”

However, since DiCara’s article was published, the aforementioned Boston, Holyoke, Pittsfield and Springfield — hardly well-to-do — have embraced the CPA.

Other CPA projects up for approval at the May 1 Great Barrington annual town meeting include: