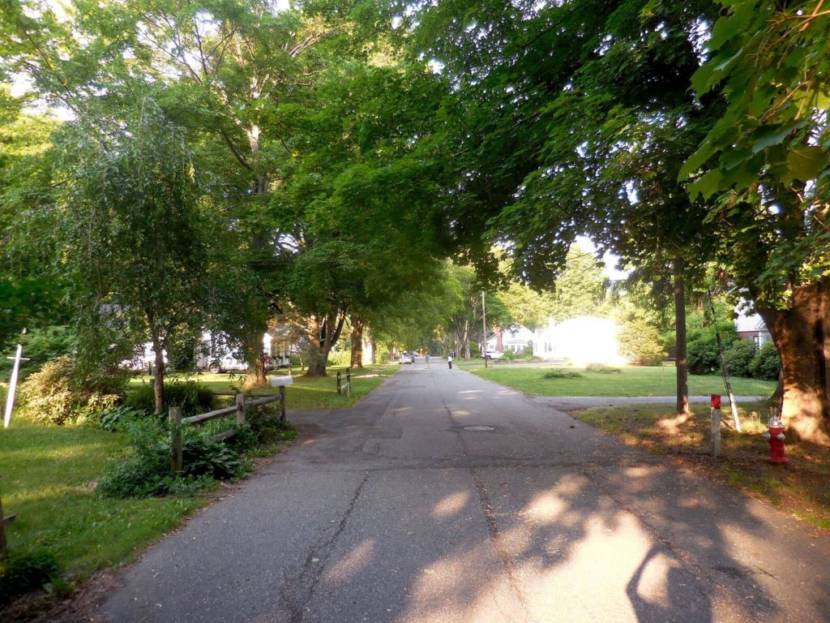 Editor’s note: This story has been corrected to reflect that it was neighbors, not the Planning Board, who “wanted less retail in order to minimize the impact on existing residents of the street.”

Great Barrington — A contested development on a quiet residential street south of downtown could be stalled or derailed by an appeal filed last week in state Land Court.

In their complaint, Donald E. Willis Jr. and Priscilla Ann Willis, who own property at 24 Manville Street, assert that the decision of the selectboard in granting a special permit to the developers was “arbitrary, capricious” and “exceeds the authority of the board.”

The Willises are appealing the decision, with the intent of having it “annulled.” In their suit, they also named 26 Manville LLC, a separate corporation set up by Sam Nickerson and Ian Rasch, who developed the 47 Railroad mixed-use complex downtown at the top of Railroad Street.

Click here to read the six-page complaint and its various exhibits, including the selectboard’s findings that were used to justify the approval of a special permit on Oct. 15 after a favorable recommendation from the Planning Board a week earlier.

“I certainly applaud this move,” neighbor Dorothy Fetherolf told The Edge. “I think the town made a mistake.”

Fetherolf and her husband John were among those who penned a letter to the editor of The Edge in July. The letter urged town officials to excerise caution as they examined the proposal for three 15-unit apartment buildings with retail spaces at the end of Manville Street, a short, dead-end road with a handful of homes. Three existing homes at the end of the residential street would have to be demolished.

Selectboard Chairman Steve Bannon declined to speak to the merits of the complaint but did add that, “The neighbors have a right to appeal. We were told [by town counsel] that approving the special permit was legal and fit all the criteria.”

Bannon noted that under town bylaws, the selectboard was the special-permit-granting authority, but declined to comment further on the litigation. Sam Nickerson, a principal of the developer, Framework Properties, also declined to comment.

The complaint states that the Willises reside in Huntington Beach, California, but own the property at 24 Manville Street. Neighbors say their daughter, Katherine Willis, lives in the home. Katherine Willis was one of the signers of the aforementioned letter to the editor of The Edge that argued against the project. She could not be reached for comment.

Until earlier this month, Don Willis was the president of the Professional Coin Grading Service, a third-party certifier of coin value and authenticity. Willis had earlier founded a software company and started his own rare coin dealership in Huntington Beach.

One of the main controversies surrounding the project is the extent to which it would change the character of the residential neighborhood. Critics have argued that Nickerson and Rasch are exploiting a loophole in the town’s zoning bylaws that allows larger-scale residential development in that area of town only if there is a retail component. Neighbor Ivan Kruh, who lives at 7 Manville Street, posited such a theory in a letter to The Edge last month.

“Yes, Framework Properties is driving a Mack truck through the poorly drafted zoning bylaws of the Great Barrington,” Kruh wrote.

The Manville neighborhood had been zoned for business since at least 1960. That means the homes within the district are nonconforming — and that the neighborhood could have suffered a fate far worse than Framework’s project. A larger retail store such as Dollar General, for example, could have set up shop on Manville Street or similarly zoned nearby streets.

So town planner Chris Rembold and the planning board proposed a new zoning designation for the Manville neighborhood that would encourage mixed-use development rather than “commercial sprawl.”

The mixed-use transitional zone (MXD) was created. Click here to see the description of the zone in the town’s zoning bylaws. Its stated goal was to “preserve and enhance the mix of residential and retail uses, to maintain the existing character of the area, and to bring existing uses and structures more into compliance with the Zoning Bylaw, thereby facilitating a variety of business and housing opportunities within walking distance of the Town’s downtown core.” So a mixed-use development would be allowed by-right.

Cynics such as Kruh, who could not be reached for comment, have asserted that Framework has included a small retail component in the project, such as a coffee shop, in order to qualify as mixed-use.

Rembold has said if the proposal included only apartments, then a special permit might be needed since it would not be considered mixed-use. Nickerson has said the neighbors wanted less retail in order to minimize the impact on existing residents of the street.

The special permit issued by the selectboard was necessary only because the site lies in a water quality protection zone that guards an underground aquifer supplying public water to the town of Sheffield.

At a meeting with residents in July at nearby Construct Inc., Nickerson and Rasch said when Framework first proposed the 47 Railroad Street project, which included only 13 market-rate apartments, they learned that it was the first building permit taken out in the town for a structure containing more than four apartments since 1990. They say in building Manville Place, they were spurred on by “an absolute crisis” in the local market-rate rental market.