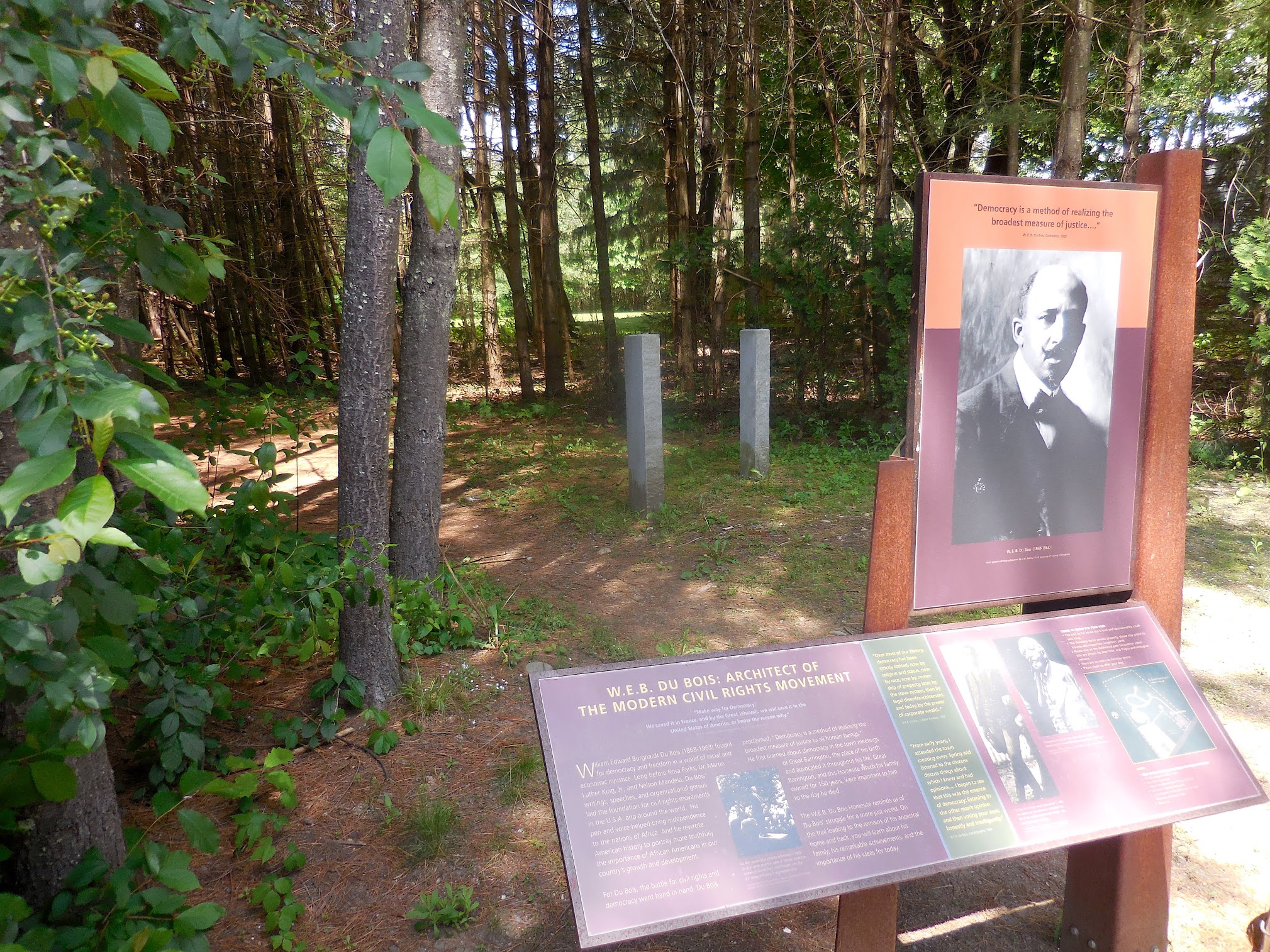 Du Bois was the first African American to earn a Ph.D. from Harvard and he co-founded the NAACP. Du Bois, a groundbreaking scholar and civil rights leader, was born 153 years ago only about a one-minute walk away from the Congregational Church on Main Street, in a home near the Housatonic River, a watercourse for which he maintained a lifelong affection. He died in 1963, in Ghana, at 95 years of age.

“For me, in light of Wednesday’s assault on our democracy, W.E.B. Du Bois’ voice is more relevant than ever,” said legacy committee chair Randy Weinstein, referring to the recent armed insurrection at the United States Capitol.

See video below of the Jan. 11 Great Barrington selectboard meeting. Fast forward to 15:00 to see the discussion on the Du Bois proclamation:

Weinstein recited words spoken by Du Bois in 1919: “We do not countenance violence. Our fight is against violence. We are fighting as we always have fought — for the reign of law over the reign of the mob.”

Weinstein noted that the town has celebrated Du Bois’ birthday before, at a variety of venues, including the Congregational Church and the Clinton AME Zion Church. In 2018, the town began a year-long celebration of Du Bois’ 150th birthday.

Two years ago, at the Congregational Church, Du Bois’ 152nd birthday was celebrated with an afternoon of speakers and performers, ranging from scholars and academics to relatives, activists, and musicians.

“It seems that celebrating W.E.B. Du Bois’ birthday has been in our community’s DNA forever,” said Weinstein, who is also the founder of the Du Bois Center at Great Barrington.

“I believe our proclamation encapsulates the heart and spirit of our town,” Weinstein continued. “By approving it, to my knowledge, Great Barrington will become the very first municipality in our country to designate an official annual day to honor Dr. Du Bois. And for me, that’s something very special.”

The proclamation also had a special meaning to selectboard member Leigh Davis, whose father, the late civil rights leader and Housing and Urban Development official Lloyd Davis, chaired the commission that helped to propel the movement to establish Martin Luther King Jr. Day as a federal holiday.

“Listening to the reading of the proclamation of W.E.B. Du Bois Legacy Day last night was unexpectedly a very emotional moment for me,” Davis told The Edge on Tuesday. “I felt my father’s presence strongly and know that he would have been proud to see me cast my vote.”

Davis and the rest of the board thanked Weinstein, VanSant, and the remaining members of the legacy committee for their hard work in increasing awareness of Du Bois and taking the initiative to craft a proclamation.

“It’s an honor to be part of the selectboard at this time and I know how so much hard work went into this and especially in such a fragile time in our democracy,” Davis said.

Du Bois, a noted public intellectual, was seen by many as a trailblazer who paved the way for Dr. Martin Luther King Jr. and was “woke” to racial injustice before it became fashionable. Du Bois was also the subject of two Pulitzer Prize-winning biographies by distinguished historian David Levering Lewis.

But there was also controversy. During both school renaming attempts, veterans groups and others mobilized in opposition, objecting to Du Bois’ anti-capitalist views and the fact that he moved to Ghana and embraced communism late in life. Du Bois also famously gave a eulogy in 1953 for the notorious communist dictator Joseph Stalin, calling the Soviet leader “courageous” and “a great man.” VanSant has characterized Du Bois’ belated embrace of communism as the act of a frustrated man who was convinced that meaningful change would not be possible from within the system.

Also included in the proclamation was a resolution that the “Town of Great Barrington shall provide a Town-sponsored program that celebrates W.E.B. Du Bois’s life and legacy.”

Selectboard member Ed Abrahams cautioned that any funds to honor Du Bois on his birthday could not be spent without approval by voters at town meeting.

For more information on Du Bois, see the three-part series for The Edge by Bard College at Simon’s Rock professor Justin Jackson, in which he explores Du Bois’ complicated legacy, including his commitment to equality and passion for social and racial justice. Jackson’s Edge essays can be found here:

See video below of Justin Jackson, an assistant professor of history at Bard College at Simon’s Rock, lecturing on W.E.B. Du Bois as part of the Osher Lifelong Learning Institute at Berkshire Community College lecture series and the 150th birth anniversary celebration of Du Bois: