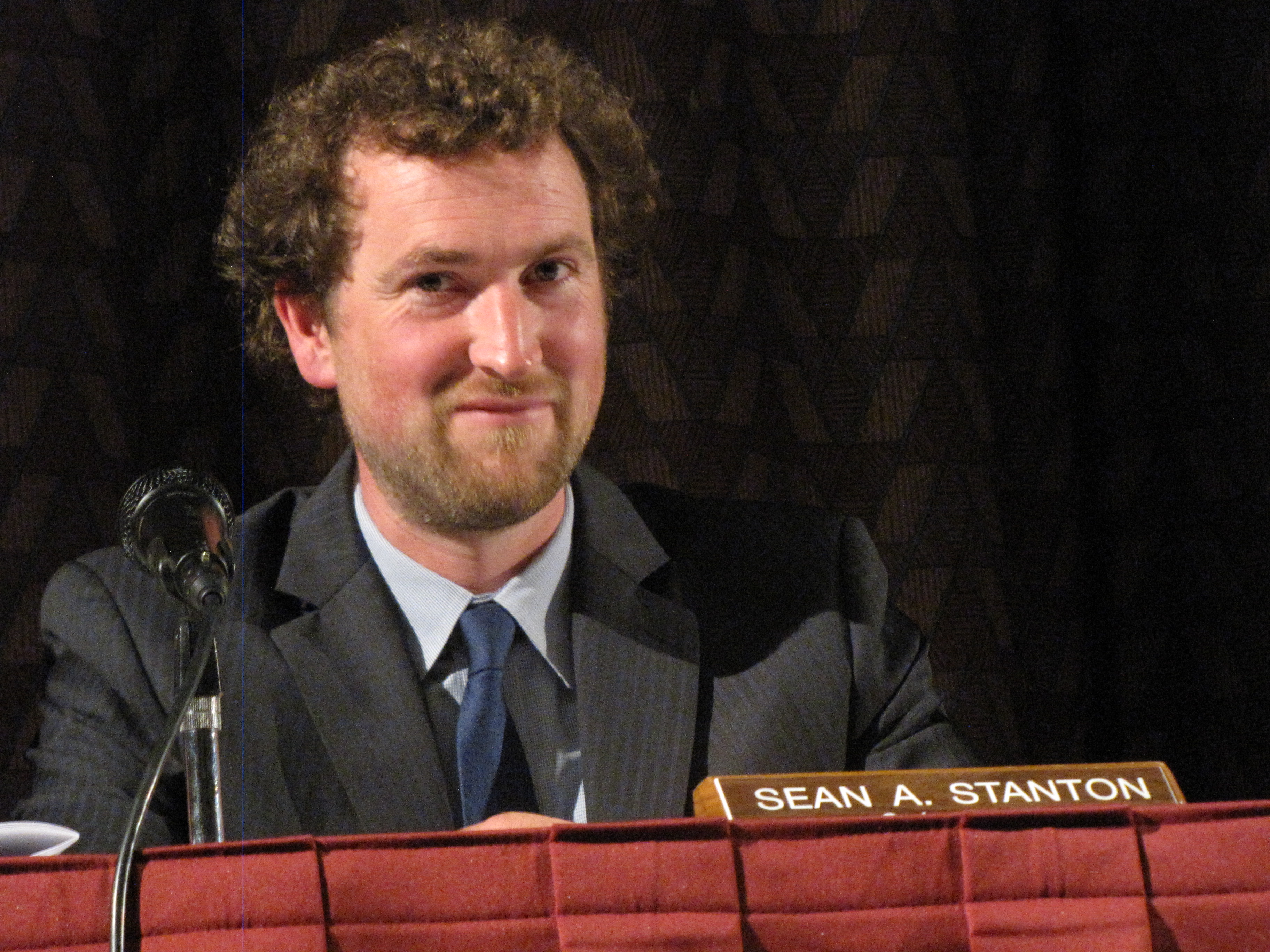 Great Barrington — After 10 years of guiding  the town through controversies and several projects large and small, Great Barrington Selectboard Chairman Sean Stanton has decided not to seek re-election, friends and associates have confirmed.

Meanwhile, Selectman Bill Cooke, who has just completed his first three-year term, told The Edge he is running for another term. He said he is especially pleased with the work he has done to write the bylaw that established the town’s Affordable Housing Trust that was approved at a special town meeting last year. Cooke says the Downpayment Assistance Program is getting underway shortly and he hopes to start a Home Rehabilitation Program once funds are approved.

In addition, as the board’s representative to the Berkshire Regional Transit Authority, Cooke has worked to promote public transportation in the Berkshires. As a result of his efforts, “there should be signs and shelters for bus stops in Great Barrington this spring.”

“While it is time-consuming, I feel like I’m getting things done and I look forward to serving for another term,” said Cooke, a retired graphic designer.

Stanton could not be reached for comment. Now 42, and the father of 3-year-old daughter Lola, Stanton has a history of public service that predates Town Hall. He enlisted in the U.S. Coast Guard after graduating from Monument Mountain Regional High School.

When he returned from the service, Stanton enrolled in Berkshire Community College, where he was president of the student government and served a term as student trustee.

Stanton became a farmer and partner in his father Nick’s business, Stanton Home on North Plain Road. He then ran for the Great Barrington Planning Board and served for four years before being appointed to fill an unexpired term on the selectboard that was prompted by a resignation. Stanton then ran successfully for election to a full three-year term and has been re-elected twice.

Stanton is an organic farmer who owns North Plain Farm, which he runs with his partner, Tess Diamond. In conjunction with Blue Hill Farm, Stanton runs an operation that sells organic eggs and meat to area stores and restaurants here and in New York. Stanton is often seen at the Great Barrington Farmers Market on Saturday mornings, manning the grill as he prepares meats from his farm.

In the last few years, Stanton has guided the selectboard through the sale of the old Castle Street firehouse and the approval of the conversion of the former Searles High School to an upscale 88-room hotel on Bridge Street. And Stanton was on the selectboard as a pair of $50 million-plus renovation projects for Monument Mountain Regional High School were, in the span of 12 months, rejected on the strength of strong anti-tax sentiment from voters in Great Barrington.

Three years ago, Stanton and Cooke ran in a three-way race for two selectboard seats with businesswoman and activist Karen Christensen, who came in last. Cooke was looking to succeed his own wife, nutritionist Deborah Phillips, who opted not to run for another term and chaired the board in her last year.

It’s an open question as to who will run to replace Democrat Stanton. Michael Wise, who chairs the Great Barrington Democratic Town Committee, said he was not yet prepared to disclose who might run for the seat.

“Let’s say the DTC has an interest in this, but I don’t want to name anybody yet,” Wise said in an interview. “People have been tip-toeing. We’ve known for awhile [Sean] was unlikely to run again.”

Wise confirmed that he will run for re-election as town moderator and all but ruled out a run for Stanton’s seat on the selectboard.

“Five years ago I thought it was a good idea,” Wise recalled, adding that it is probably a younger person’s job.

In 2013, Wise ran for selectman in a three-way race against incumbent Steve Bannon and Housatonic building contractor Dan Bailly. Bailly and Bannon garnered the most votes for selectmen that year, with Bailly squeaking out a 28-vote victory over Wise, who went on to chair the Great Barrington Finance Committee.

Andy Moro, who chairs the Great Barrington Republican Town Committee, told The Edge his committee “is always looking” for candidates. But it is a tall order.

“The reality is we live in an extremely liberal town and for someone who is conservative and looking to slow down taxes and make this town grow, it’s not easy to find someone like that who is willing run,” Moro said in an interview.

The last time the Republicans found a candidate was in 2014, when then-26-year-old John Beebe, a self-described fiscal conservative, campaigned for a seat on the board after Andrew Blechman opted not to run for re-election. Former library trustee Ed Abrahams, a progressive, trounced Beebe 865-522. The ubiquitous Abrahams ran unopposed for re-election last year.

“Sean has done a good job, but there comes a time when you gotta start thinking about your wife and family,” Moro said. “I’ve had my differences with him but I think he’s doing a pretty good job.”