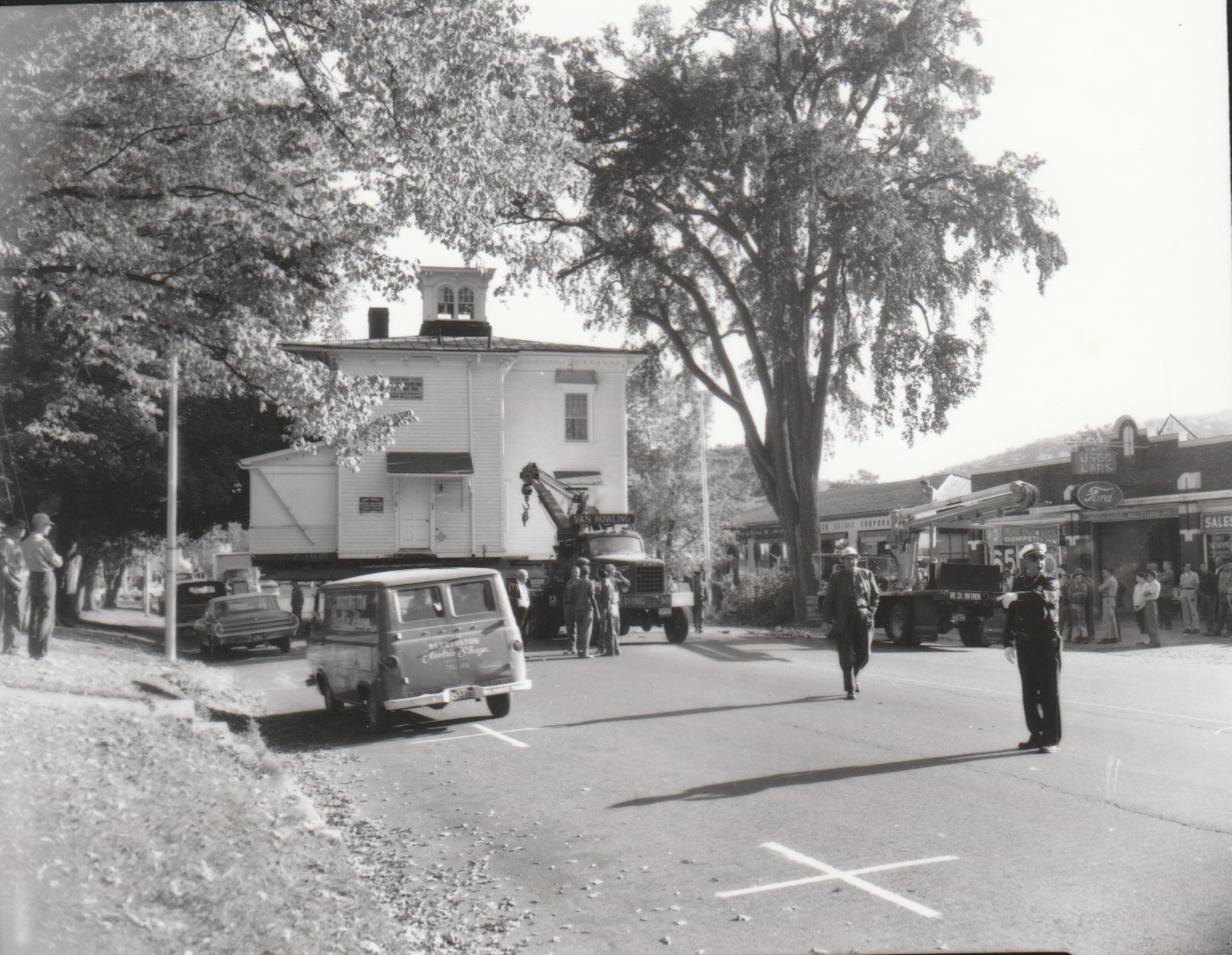 The former Great Barrington Methodist Church has risen — and sits poised on wooden cribbing as it transforms into a new life. It will take several weeks before a new foundation will be in place, giving passersby an unusual glimpse of the art of house moving. Years ago, thrifty town Yankees thought nothing of relocating a house, barn, garage or bridge to a new location and continued useful life.

The earliest recorded moving of a house in Great Barrington is in 1793, when the town no longer needed its old courthouse, which stood in front of present Town Hall, and Captain Walter Pynchon moved it across the street to behind the Wheeler & Taylor office.

Here’s another example of a building changing location.

Alfred S. (1849-1938) and Sarah Culver Fassett came to this town in 1874. A.S., as he was called, went to work for retailer B.F. Durant, and eventually succeeded to ownership of that mercantile business. A.S., who served in the Massachusetts Senate, claimed rich lineage; in 1891 he attended the dedication of the Bennington, Vt., battle monument in memory of his grandfather, who as a 14-year-old had driven a team with provisions from Bennington to the battleground the day of the famed 1777 fight with the British.

The Fassett store was in the Park Block until a fire in 1895 resulted in $15,000 in losses. He moved to the northern storefront of the Southworth Block at the corner of Main and Church streets. Fassett’s sold wallpaper, drapes and carpets and Butterick patterns. Following the death of A.S., son D. Henry Fassett (1881-1946) took over the business. Henry had been active in school sports and belonged to the Great Barrington Bicycle Club. Henry and his wife, Nellie Mulhall Fassett, also eventually moved into his parents’ Elm Street home. With Henry’s death, the business was succeeded by Scott’s Dry Goods.

The wheels of progress spun. Great Barrington Savings Bank, on a growth spurt in 1964, needed room for parking. It acquired the Fassett house and land. Milton L. Stevens purchased the house, estimated to then be 80 years old, to save it from demolition. He had it moved to an empty lot west of the Stevens Funeral Home on South Street. The house was set next to the railroad tracks.

Great Barrington photographer Marie Tassone snapped pictures of the house as Van Howling moving company rolled it down Main Street. It took two and a half hours to crawl to its new location. The Berkshire Courier estimated the building weighed 100 tons.

“Utility crews, tree surgeons and the local police were commended for the smooth way in which the project was handled,” the weekly newspaper said. “Traffic was slowed up slightly, but there were no hold-ups.”

The only real obstacle to the move, Stevens told a North Adams Transcript reporter, was the need to remove two trees on South Street to make room for the building to pass.

The Fassett house, still sporting its widow’s walk, has been an apartment house ever since.

Historian Bernard A. Drew will tell more stories and show slides of Great Barrington and Housatonic buildings on the move at a Great Barrington Historical Society meeting on Tuesday, Oct. 27, at 7 p.m. at the Claire Teague Senior Center on South Main Street.