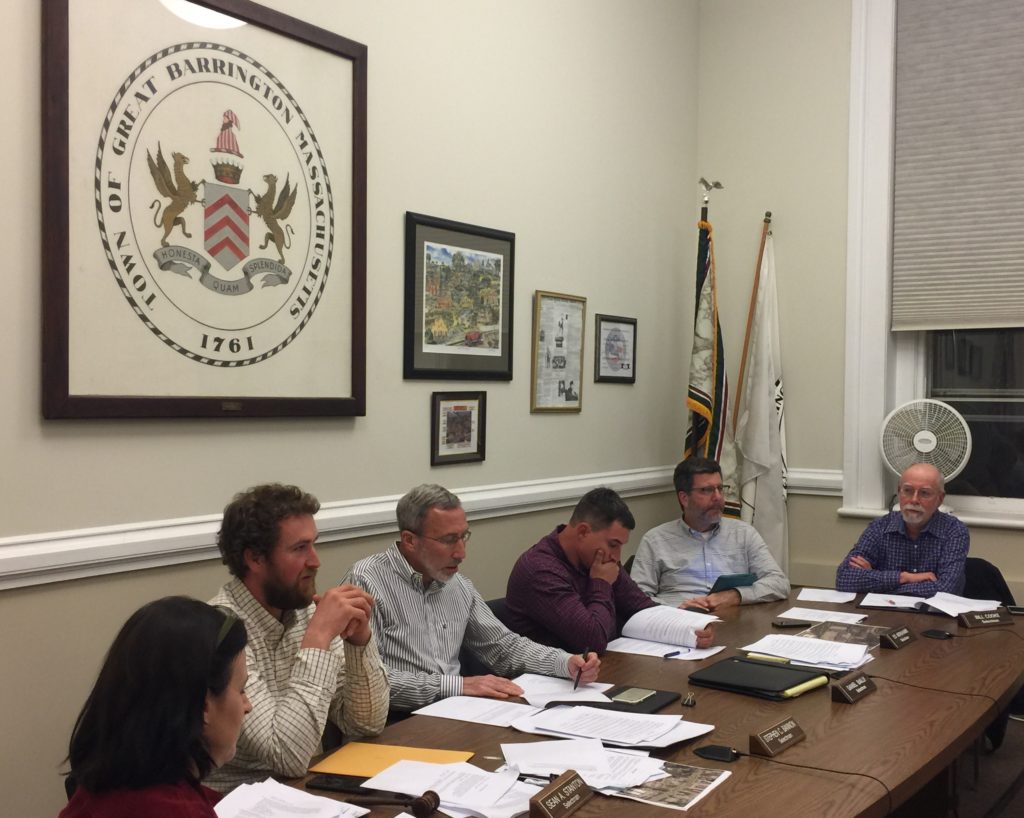 Heather Bellow
The town of Great Barrington released a resolution Monday stating that undocumented immigrants will not be targeted by police and will receive the same services as everyone else. From left, Town Manager Jennifer Tabakin, Selectboard Chair Sean Stanton, Vice Chair Steve Bannon, Dan Bailly, Ed Abrahams and Bill Cooke.

sGreat Barrington — Undocumented immigrants here can rest easy: the town says its police will treat and help them exactly like everyone else.

A resolution released by Town Manager Jennifer Tabakin Monday said that like other departments across the state and in major cities across the county, the Great Barrington Police Department will “serve everyone in our community and have zero tolerance for bullying or harassment.” 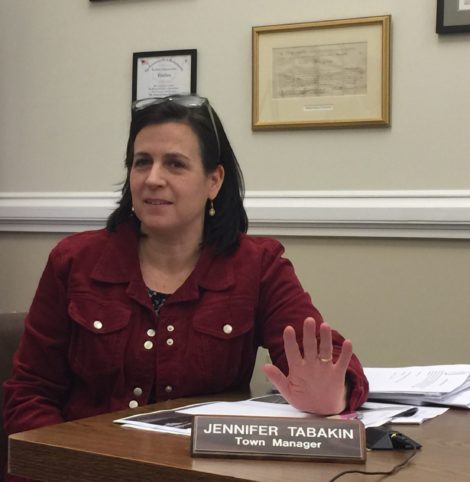 The department, the resolution says, “does not investigate civil immigration laws, as this role falls to the federal government. All of our residents should be completely confident that their local police department is here to assist them in a crisis situation.”

The Massachusetts State Police is also committed to the same policy, according to the resolution, which was signed by members of the Selectboard.

Around 11 million undocumented immigrants live in the U.S.

A number of mayors from major cities across the U.S. said their police will not work with federal authorities to round up undocumented immigrants and deport them.

If Trump is serious, however, this will be a battle since according to this National Public Radio (NPR) article, Trump says Sanctuary Cities for undocumented immigrants will lose federal funding during the first 100 days he’s in office.

But some new Sanctuary Cities, like these in Texas, for instance, say they will resist such deportations.

Three undocumented South County residents recently spoke to the Edge about their fears since Trump was elected, and the Pittsfield-based Immigrant Center is being flooded with donations and offers of help.