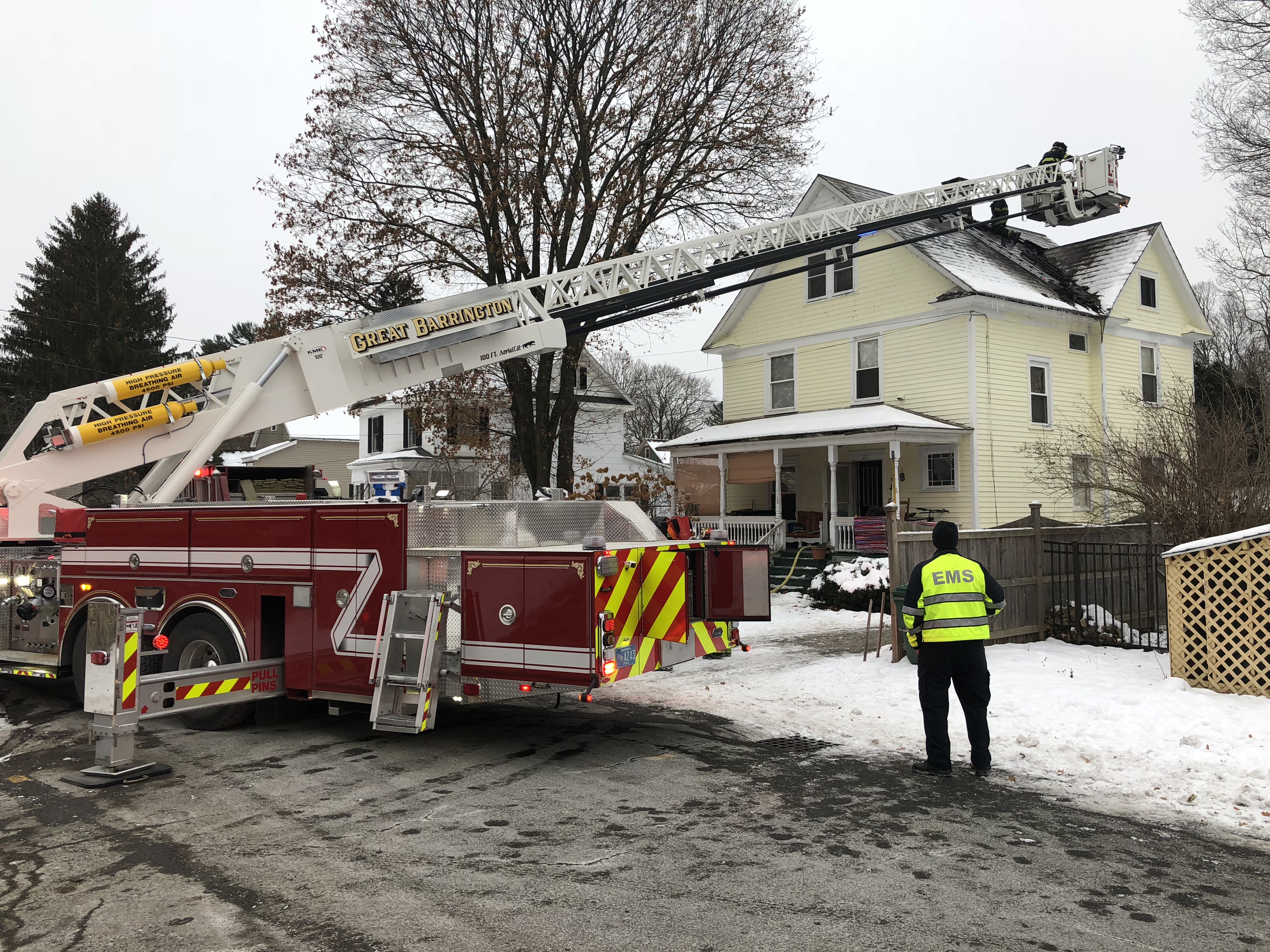 At approximately 2 p.m. on Friday (December 15) the Great Barrington Fire Department received a report of a possible structure fire on 217 Highland St. Upon arrival, firefighters observed heavy smoke coming from the roof of the two-and-a-half story single family home and immediately requested a second alarm.

Firefighters also determined that the family was home at the time of the fire but was able to evacuate safely.

Engines 3 and 4 arrived and immediately stretched a hose line to the home’s third floor, while Ladder 1 extended its ladder above the home’s slate roof, allowing firefighters to continue their aggressive attack. The fire spread into the home sheathing, but was quickly brought under control as firefighters took extreme care to minimize water damage to the home’s lower floors.

“It’s always heartbreaking to see a family forced from their home by a fire, especially when it happens so close to the holidays,” Chief Burger said. “However, it’s extremely fortunate that everyone was able to get out of the home safely. I’m proud of our firefighters’ excellent work today, which prevented the home from being lost entirely.”

The home’s roof sustained significant damage, and the house was deemed temporarily uninhabitable. The residents declined assistance from the Red Cross and sought shelter with family members. No firefighters were injured during the incident.

Following a preliminary investigation, it’s believed that the fire originated in a wood stove chimney.