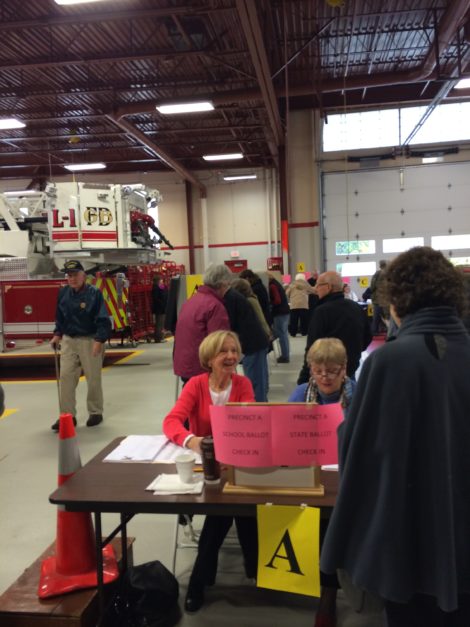 Heather Bellow
Sixty-two percent of registered Great Barrington voters went to the polls Tuesday, and a majority of them rejected the proposed $51 million renovation of Monument Mountain Regional High School and the Proposition 21/2 override that was necessary to fund it. The defeat in Great Barrington effectively killed the regional school district project.

Great Barrington — For the second year in a row Great Barrington voters squashed the plan to renovate 48-year old Monument Mountain Regional High School by solidly defeating both the $51 million cost of the renovation and Proposition 2 ½ override questions, kissing off $23.2 million in state aid to fix the school that would have paid for nearly half of the project.

Sixty-two percent of registered Great Barrington voters cast votes in a searing defeat for supporters of the high school renovation – 1,116 votes for the plan and 1,672 against it. The Proposition 2 1/2 override was voted down 1,658 to 1,053. The loss highlights a dark and growing divide in Great Barrington over high taxes, socioeconomic changes and value shifts — one that has mixed red and blue in unusual ways.

“We don’t have an official plan B,” said Berkshire Hills School Committee Chair Stephen Bannon wearily, while waiting in Town Clerk Marie Ryan’s office for the tabulation of Great Barrington results. “We didn’t spend the money or take the time to develop alternate plans. It will take another six to eight years.” 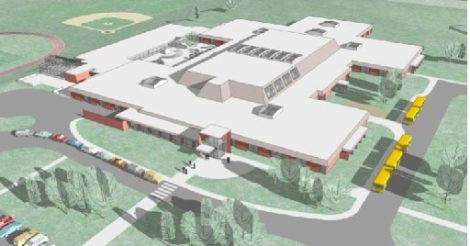 An aerial view of the proposed renovation of the 48-year-old school building.

Yet the roof continues to leak and the pipes are degrading, among other expensive infrastructure problems at the facility.

“As the budget deliberations approach,” he added, “we’ll have discussions in our meetings about how to proceed. Now it’s going to be in the budget.”

Bannon said he thought the defeat was about money. “Apparently there was not enough of a reduction from the last plan for the voters to approve,” he said.

“I’m disappointed because I think it’s a missed opportunity,” said Berkshire Hills Superintendent Peter Dillon, “but we also heard the community loud and clear on this, and we’ll work on a solution together, and tomorrow kids will continue to go to Monument and get a great education.” 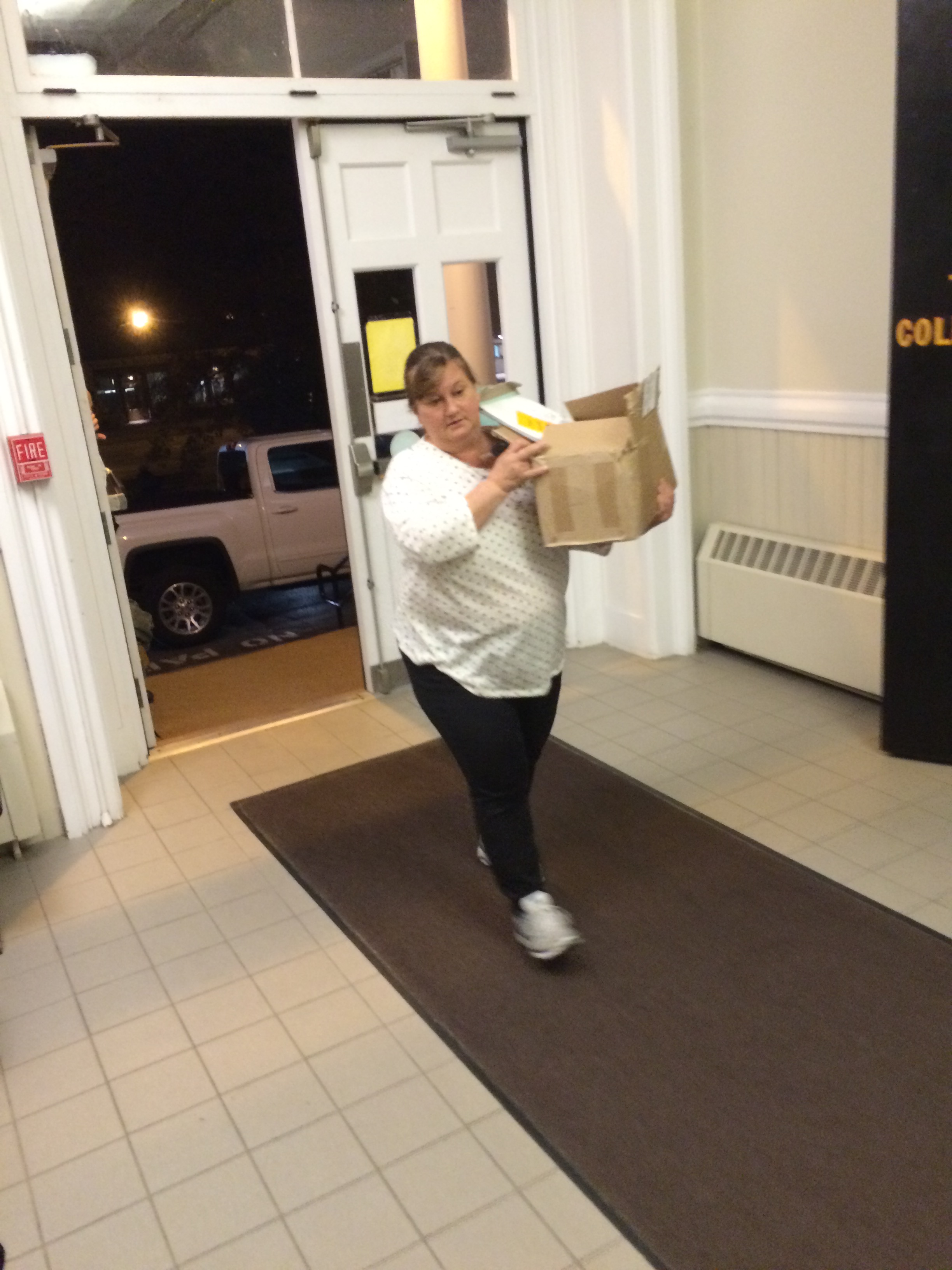 Stockbridge once again voted overwhelmingly in favor of both the renovation and the Proposition 2 ½ override, just as they did last November for the original $56 million project. Results from West Stockbridge were not yet available as of this posting.

Great Barrington saw a bitter and divisive battle over this year’s slimmed $51.2 million project to renovate the school and its deteriorating systems. The Berkshire Hills Regional School District would have borrowed $28 million over 25 years, after the Massachusetts School Building Authority’s $23.2 million reimbursement. Great Barrington’s slice of that principal would have been $19.4 million. The district had spent 6 to 8 years looking at options for both repair and renovation, and concluded that a renovation would yield better results for around the same cost, increase state reimbursements and minimize disruption to the functioning of the school.

Yet some opponents of the plan accused the district’s school committee of grandiosity and “empire building” in their planning, and both the committee and Berkshire Hills Superintendent Peter Dillon were relentlessly attacked in the months leading up to the election. Throughout town, friends and neighbors argued, and misinformation —sometimes boldfaced lies — abounded about the scope and scale of the project or the motives of the district.

Project opponents fired back on the project’s supporters, painting them as spend thrifts without financial wherewithal or loaded enough to weather a tax storm.

Many opponents felt the renovation plan was the last straw after a decade full of expensive Great Barrington projects that upped tax bills in this rural vacation community with limited work opportunities for locals. Further undermining the district were long-neglected — and in some cases, intractable — issues of educating students from outside the district, an ironic byproduct of Berkshire Hills’ reputation as a desirable and progressive school district where there is currently a waiting list of 40 students from other districts. Though school choice brings much-needed revenue into the district, even supporters of the project cite the low reimbursement rates for choice students, low tuition rates for those in outlying towns, and a district agreement between the three towns that many feel overburdens Great Barrington taxpayers. Both supporters and opponents agree on the importance of reversing these inequities, and the outcry has already started that ball rolling.

— Emma Goldman
Read next: Culinary Adventures: Local foods from around the world -- at Rubiner's