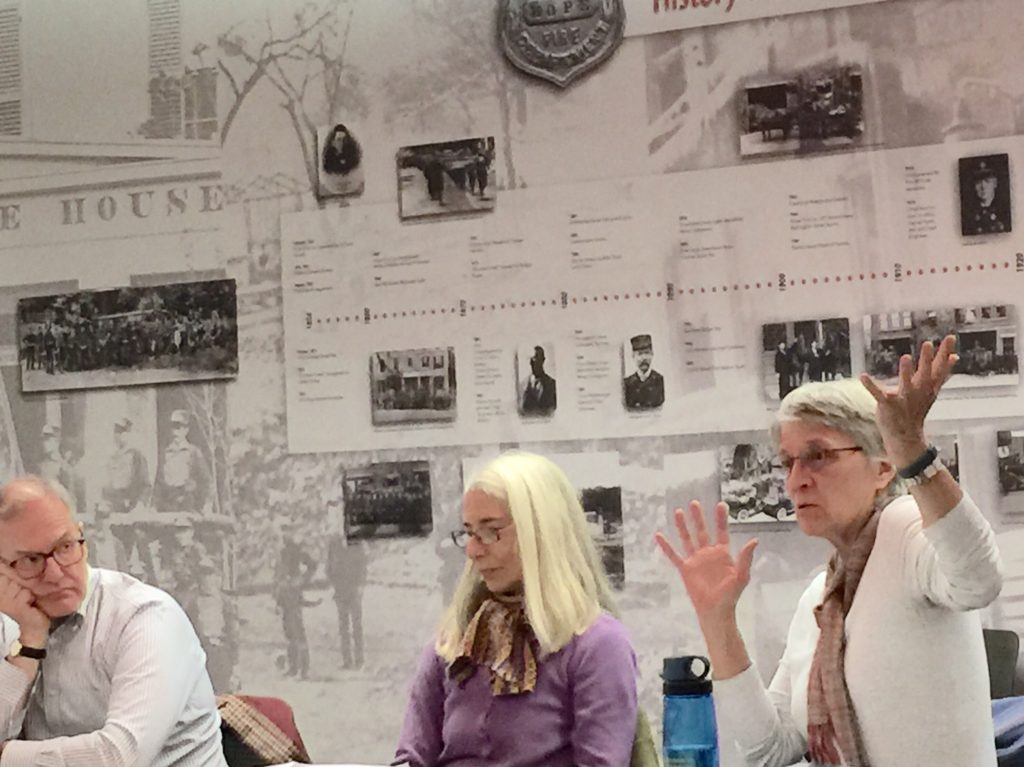 Heather Bellow
While Tom Blauvelt and Deb Salem listen during the Community Preservation Committee meeting, Martha Fick argued it was crucial to add to funds that will purchase an Agricultural Conservation Restriction for the Windy Hill orchard.

Great Barrington — So many worthy projects, too few dollars.

That was the struggle at a marathon Community Preservation Committee Thursday (October 29) in which the committee had to whittle down funding requests from a dozen applicants for more than $1.4 million in Community Preservation Act money, with only about $800,000 to hand out in the three categories of affordable housing, historical preservation, and open space and recreation.

Given the tight budget, most applicants will get partial funding and two projects were essentially chucked, though no formal votes were taken. Abandoned at least for this year was a request for $400,000 from St. James Housing for land on which to build senior housing next to Bostwick Gardens, and an application by the Parks and Recreation Commission for public bathrooms and accessibility at Memorial Field. It wasn’t because the committee didn’t find the projects valuable, but rather said the Housing applicants weren’t ready yet, and in the case of Memorial Field, it just wasn’t as urgent as affordable housing and a few other things. 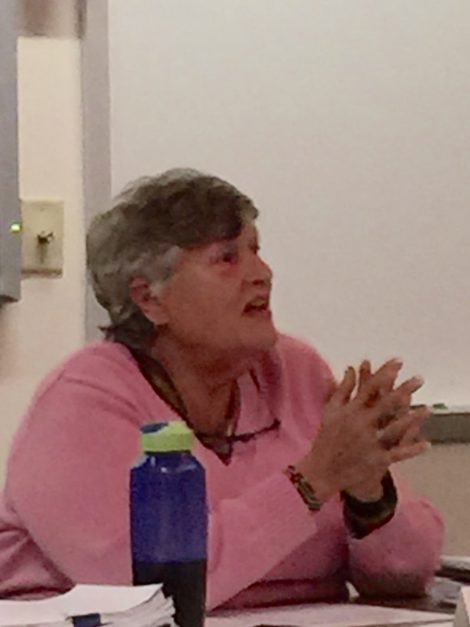 Some committee members appeared pained to turn down requests, saying they wished they could give everyone everything they wanted.

“There is not a not-worthwhile application,” said committee member Ed Abrahams, referring to applicants as “do-gooders.”

It all boiled down to needs versus wants, said committee chair Karen W. Smith.

“We need housing — they want a bell tower,” Smith said, referring to two affordable housing projects that will be fully funded at a total of $470,000, and a request for $81,000 to restore the bell tower at the St. James Place redevelopment in the former St. James Church.

“It would be great to have those clocks sounding and chiming,” said member Bill Nappo. But again, he said, it’s a “want.”

The committee has clearly made affordable housing their priority, and some members have said so. It looks like Construct, Inc.’s project will get its full request of $220,000. In the case of the housing units at 100 Bridge, a development going into the former Log Homes site that is soon to be cleaned of pollution, affordable housing will also enliven what has been a blighted dead patch in the heart of town.

“Do we want to look at this brownfield for the next 10 years?” said member Martha Fick.

While the committee had to focus on need and “immediacy,” a few projects besides affordable housing got strong support and a call to fully fund. The Berkshire Natural Resources Council is working with the owners of apple orchard Windy Hill Farms to sell 40 of their 73 acres in an Agricultural Conservation Restriction that would permanently keep that land out of reach of developers, a concern expressed by several committee members. They are asking for $200,000 in CPA money, which is a fraction of their total funding from other sources.

Martha Fick said “30 years of orchard growth” was worth preserving. “You could get big bucks for houses there if you were a developer.”

Smith said she thought The Great Barrington Land Conservancy’s ask for $26,408 to do restorative work to the Housatonic Riverwalk is also worth every penny. The Riverwalk trail along the riverbank in Great Barrington is the result of “sweat equity by the whole community over many many years.” It is “a jewel,” she said.

That project is split into three years, and will correct scouring and erosion along the banks that if not addressed, will cause the trail to crumble. The funds are to be doled out in three installments.

A request for $109,950 from the Unitarian Church in Housatonic Village to fix a host of issues in the century-old building, also a public meeting space in the hamlet, raised the eyebrows of Housatonic resident Michelle Loubert, who said she nearly withheld the CPA surcharge on her property taxes over concerns about the separation of church and state. “I’m being forced to support a religious group I’m not aligned with. It’s an inappropriate use of CPA funds.” Loubert said she would further research the legality of such uses.

Smith said the state ruled that it was fine to use CPA funds for historical preservation of religious structures or other uses of CPA funds as long as they follow CPA guidelines.

“This committee will act under state law unless it changes,” Smith said.