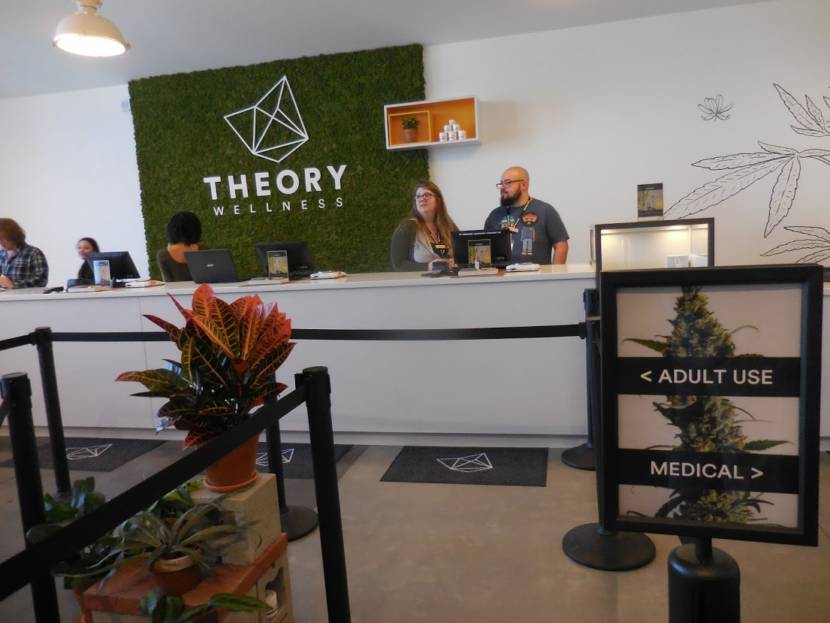 Great Barrington — By a substantial margin, voters in Massachusetts approved a ballot measure in 2016 that legalized the sale and adult use of recreational marijuana products.

The state Cannabis Control Commission was hastily formed and its members, in conjunction with lawmakers on Beacon Hill, began the process of coming up with guidelines and regulations to govern the new industry only three years after medical marijuana was legalized through the same procedure.

Even before the initiative passed and the sausage was made, concerns were raised about the high barriers to entry into the business and the plights of those incarcerated as a result of punitive drug possession laws.

Moreover, there was a social justice component. According to the American Civil Liberties Union of Massachusetts, as of 2014, black people in the state were 3.3 times more likely to be arrested for marijuana possession, “even though rates of drug use are essentially the same across races.” The ACLU attributed this disparity to “policing practices [that] target communities of color.”

See video below of the American Civil Liberties Union of Massachusetts announcing the findings from its report, “Marijuana in Black and White: A Massachusetts Update”:

So the CCC created the Social Equity Program, the goal of which is to “ensure that people from communities that have been disproportionately harmed by marijuana law enforcement are included in the new legal marijuana industry.”

Theory Wellness, the first medical cannabis dispensary to launch in the Berkshires and one of the first recreational retailers to open in the state, has stepped forward to fund and operate a social equity program designed to support “economic empowerment” entrepreneurs in opening cannabis dispensaries. Theory also has an indoor cultivation facility in Bridgewater that supplies its retail business.

“We’ve had great mentors, and access to capital from friends and family,” Theory CEO Brandon Pollock said in an interview. “We acknowledge not everyone had the same opportunities.”

Since opening its doors to recreational customers on Jan. 11, Theory has, on some days, been mobbed with customers. It is the only recreational cannabis store in South County, though that will change soon, as there are several others in the licensing and approval stage.

Pollock confirmed that in the 14 weeks since it opened, Theory has grossed almost $6.2 million in sales and that the town of Great Barrington has taken in more than $370,000 in revenue from the local-option sales tax and the community impact fee Theory pays based on gross sales.

Pollock said the economic empowerment program “leverages Theory’s experience and expertise in the Massachusetts cannabis market to guide a qualified applicant through the legal, political and financial challenges of launching a dispensary in the Commonwealth.”

Finally, Pollock said Theory “will provide introductions to skilled, cannabis-friendly professional service firms such as legal, insurance and banking. The company aims to support a budding entrepreneur through every step of the process.”

But Pollock quickly added that the support program is essentially “no strings attached.” Theory is not taking any equity stake in the applicant or requiring the applicant to sign any management or inventory purchasing contracts.

The upfront capital for the start-up that is selected will come from Theory itself. The $150,000 in start-up cannabis inventory is a big piece of the pie, according to Pollock.

“That’s the final big cost if you don’t have your own cultivation facility,” explained Pollock. “Inventory is hard to get in Massachusetts and expensive. [The inventory provided] significantly reduces the capital needed.”

Pollock acknowledged that the program could conceivably be used to fund a competitor in Berkshire County, but he seemed unfazed by it.

“Our company and its founders were all all young guys,” Pollock continued. “We believe in social entrepreneurship, and that there’s more to business than just making money. We’re trying to lead by example and help entrepreneurs less fortunate than we have been.”

Pollock urged interested parties to access Theory’s website. The company has created a Social Equity Program section that answers questions applicants might have. He said he hopes the selection of the successful applicant will be completed sometime this summer but a lot of it depends on how many applicants Pollock and his team must evaluate.

Reaction in the social justice community has been largely positive. Great Barrington Selectboard member Kate Burke, who has been a critic of the high barrier to entry to the cannabis industry, declined to comment. Click here to read some of her past remarks and see the video below of the selectboard’s discussion on cannabis and the town’s latest retail applicant:

Gwendolyn Hampton VanSant, who heads Multicultural BRIDGE, an inclusion and diversity training organization based in Lee, told The Edge she commends Pollock “for recognizing the barriers to create a successful business and offering expertise and experience to those who would otherwise not have this access.”

“Theory Wellness’ new social equity announcement will benefit an underrepresented individual to build a business in the cannabis industry,” VanSant said. She added that it’s unlikely the successful applicant will “be a local Berkshire recipient due to our rural makeup and the legislation specifics.”

“That said, as CEO of a minority- and women-run organization and state vendor, I see the advantages of supporting an individual who would ordinarily have been negatively impacted by racial bias,” VanSant said.

VanSant’s hope is that Theory Wellness will continue to “develop a strong partnership with social justice, public health, and equity organizations where its retail and medical shops reside.”

VanSant would also like to see the town of Great Barrington use the majority of the revenue it receives from cannabis sales tax revenue and impact fees to support wellness initiatives “and invest in programs that support the economically disadvantaged or underserved.”

“This is a matter of reparations around racially and economically biased drug policy enforcement historically,” she added.

Dennis Powell, who heads the Berkshire County chapter of the NAACP, said he, too, is encouraged by the social equity program and Theory’s participation in it. But he mentioned another potential social justice issue on the horizon.

Though it has been legalized in some form in 33 states, most forms of cannabis remain classified on the federal level as Schedule I narcotics, “the most restrictive category under federal law, and is supposed to be reserved for drugs with a high potential for abuse and no medical value,” according to Forbes.

“I am afraid that as soon as the federal government makes it legal, then all of the big cigarette companies are going to take over the entire industry,” Powell said in a brief message to The Edge.

Studies have shown that, after Congress banned cigarette advertising from television in 1970, tobacco companies shifted their advertising strategies toward billboards and storefront advertising “in lower-income neighborhoods, particularly those with higher Hispanic and African American populations.”

As for Theory itself, long lines just to get in the door have been the order of the day. But the possibility of diminishing demand could become a reality if, as has been reported, both New York and Connecticut legalize recreational marijuana soon. Nevertheless, Theory has announced a partnership with Ted Dobson, an organic farmer in Sheffield, to grow cannabis outdoors.

Theory has developed a reputation for efficiency and friendliness, one that Pollock hopes to build on. The rate of return customers is high despite the presence of two recreational stores in Pittsfield: Berkshire Roots and Temescal Wellness.

“We can always do better, but our team has been great and our customers terrific,” Pollock said. “We have hundreds of return customers and are tweaking things on a weekly basis.”