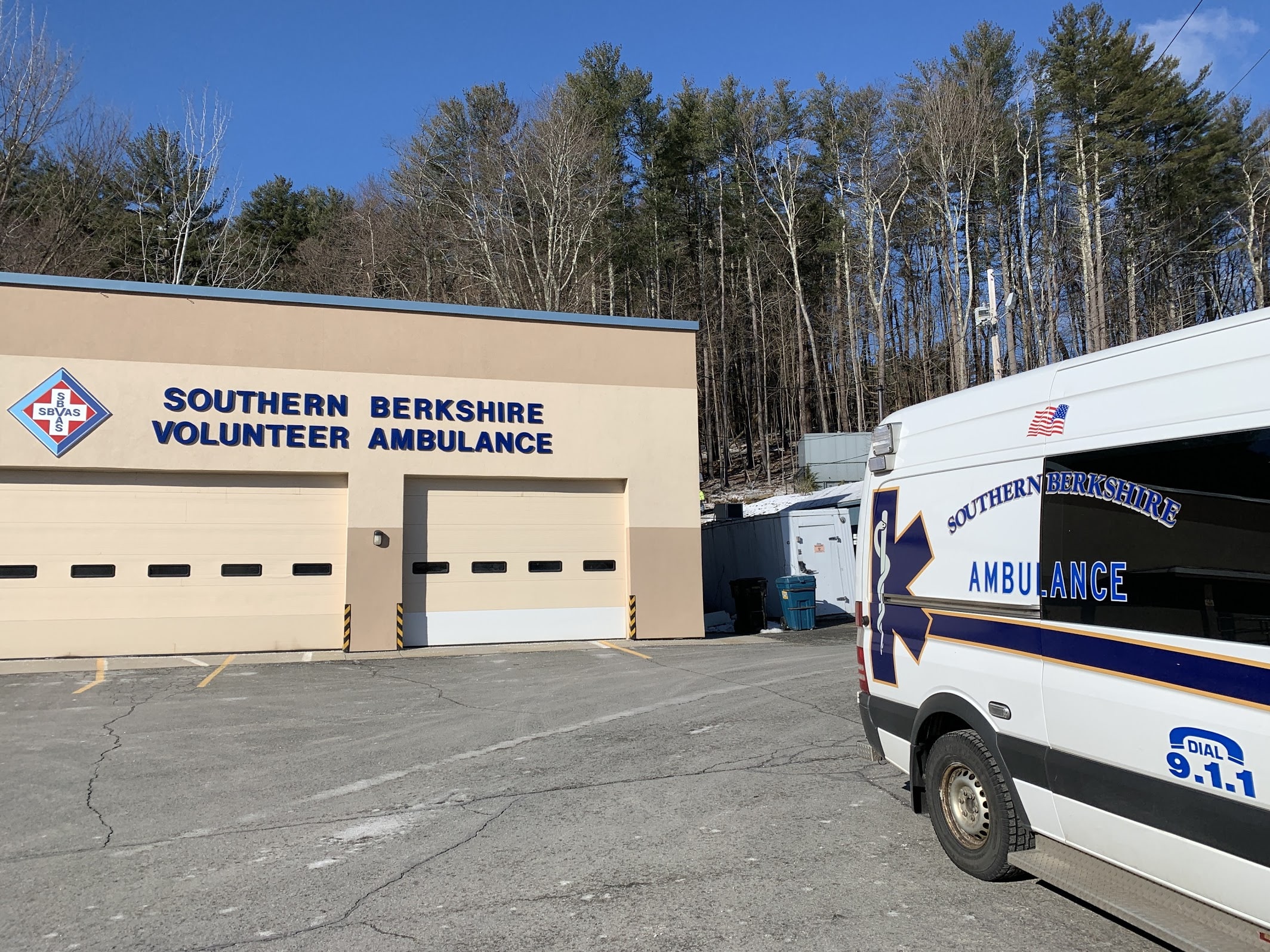 An ambulance sits on front of garage bays in front of the Southern Berkshire Ambulance headquarters. Photo: Terry Cowgill

Great Barrington — On the surface, the proposed town budget this year doesn’t look terribly surprising or controversial. The proposed increase for Great Barrington’s operating budget is a little high and, as finance committee member Anne O’Dwyer said, fiscal year 2021 could be “a really tough budget year.”

On the other hand, there is one substantial increase sought by a regional nonprofit that has the selectboard and finance committee, which have been conducting joint budget workshops recently, rather concerned — more on that later.

The town’s proposed operating budget is almost $12.2 million, up from $11.6 million last year, for an increase of 4.9%. Click here to see a brief Powerpoint presentation produced by town manager Mark Pruhenski, here for a more detailed one-page Excel summary and here for the full package.

The proposed capital budget is a little more than $5 million, down considerably from $8.6 million last year, when the town set aside funds for an upcoming major repair or replacement of the Division Street bridge, which is one of three spanning the Housatonic River that will need extensive work to the tune of approximately $11 million over the coming years.

The operating total does not include the town’s contribution toward the annual budget of the Berkshire Hills Regional School District, the school committee of which has yet to adopt its own budget, though its deliberations started Thursday night. Click here to see the district’s FY 2021 operating and capital budgets as proposed by the superintendent and business manager.

Pruhenski used the number from the district’s proposed spending plan, roughly $17.6 million, as Great Barrington’s assessment that will be owed to the school district. That’s a 4.99% increase over last year, though that could change because the school committee might make cuts before holding its public hearing on the proposed budget Thursday, Feb. 27.

In addition, a 10.9% increase in the town’s wastewater treatment plant budget, due in part to a short-term note due, will be funded by users of the system, Pruhenski said.

The estimated total spending package for the town is therefore $33,124,518, 81% of which comes from taxation. Projected revenue includes $24.9 million in local property taxes; $2 million in local receipts from excise taxes, licensing and permits, local room and meal taxes and revenue from the sale of retail marijuana products; and $1.2 million in state aid. The town proposes a “free cash” expenditure of $2.5 million to reduce the town’s tax levy, Pruhenski explained.

Pruhenski proposed several “special articles” for consideration (see below), including community impact funding to offset the negative effects of cannabis sales and funds for vocational education tuition and transportation.

But the special article that stood out was a request from the Southern Berkshire Ambulance organization for a voluntary payment from the town of $132,000. SBA director William Hathaway told the selectboard and finance committee Tuesday, Feb. 11, that his nonprofit, with 40 employees and a budget just north of $2 million, ceased being a volunteer organization in 2014 and is having revenue issues, largely because many of its calls — about 9% — are uninsured and 20% of its calls end up being “no transport.”

“If we don’t transport, we don’t bill,” Hathaway explained.

Last year SBA responded to approximately $4.4 million in calls, but only collected 37 cents on the dollars. That has left SBA with a budget shortfall, so Hathaway said SBA is asking for money from the communities it covers: Alford, Egremont, Great Barrington, Monterey, Mount Washington and Sheffield.

In addition, Hathaway said SBA has no money to invest in maintenance and upgrades. His two ambulances have a lot of miles on them and cost more than $200,000 apiece to replace.

Click here to see the replay of the meeting courtesy of Community Television of the Southern Berkshires. Fast forward to 28:00 to see the exchange among Hathaway, the selectboard and the finance committee.

Finance committee chair Tom Blauvelt wanted to know why Great Barrington was footing 65% of the total SBA was seeking from the towns.

“They’re the biggest users of the service,” Hathaway replied, referring to Great Barrington.

Hathaway further explained that SBA based the percentage on the number of 911 calls, most of them motor vehicle crashes, but did not include nursing homes or calls to Fairview Hospital, where SBA is based. The funding request is based on a three-year average call volume in each community.

Some members of the two town panels noted that many of the motor vehicle injuries do not include residents of Great Barrington, but drivers and passengers from other towns who are passing through or conducting business in Great Barrington.

But Hathaway said studies show that the public believes emergency services should be a public service just like fire and police. He noted that both Stockbridge and Tyringham, which do not have their own ambulance services, contract with the town of Lee. Tyringham gives Lee about $30,000 per year and Stockbridge is being asked to give $228,000 this year, Hathaway said.

“My fear is the town taking the ambulance on as a department of the town,” said finance committee member Michelle Loubert. “I have difficulty with it. It’s another situation where Great Barrington is bearing the brunt of something. If we approve this, what if the other towns don’t?”

“If people want to give to nonprofits, they should, but they shouldn’t be taxed to do it,” added selectboard chairman Steve Bannon. “That’s a whole different discussion.”

Bannon asked Hathaway to return to the next budget meeting Tuesday, Feb. 18, at 6 p.m. with financial documents for town review. Click here to see SBA’s public IRS 990 form from 2017, the most recent year available.

Also proposed in the budget is an increase to the salary of members of the selectboard from $2,500 to $4,000. The finance committee approved it but the selectboard did not vote on it. The increase would have to be approved at the annual town meeting in May.

There were some relatively minor cuts and increases to the proposed budget last week and those numbers should be reflected at the Feb. 18, meeting. Just before publication of this story, the town posted on its website the agenda and packet for the Feb. 18 meeting. That document includes financial information from SBA. Click here to view it.