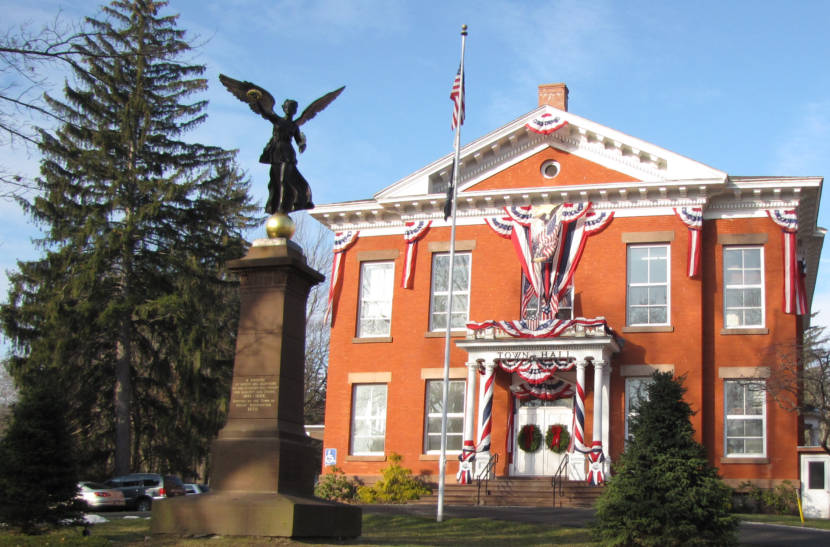 Great Barrington — Deborah Ball, Assistant Treasurer/Collector and a familiar face at Great Barrington Town Hall for many years, is under criminal investigation, according to the Berkshire County District Attorney’s office.

“The matter is under investigation by the officers assigned to the State Police Detective Unit attached to the District Attorney’s Office,” said Dennis Yusko, Communications Director for the DA’s office. “It is an active, criminal investigation. As such, we will not comment further at this time.” No charges have yet been filed.

Ms. Ball, who has been placed on administrative leave, was reached in person at her home in Great Barrington. She and her husband Michael both declined to comment. “Not a word,” Ms. Ball said.

Town officials also declined to comment, stating that it was a personnel matter, although it was confirmed that the investigation was of a financial nature.

The town’s finances for the prior fiscal year (2018) are still being audited. Audits don’t typically drag on this long, but it’s not entirely unusual when they do. The town recently hired a new CPA firm, Scanlon & Associates of Deerfield, Mass., to perform the audit. The delay could be for any number of reasons. Town officials declined to comment. Town audits are designed to check for accuracy and any possible irregularities.

There is no official estimate as to when the current audit of FY 2018 will be completed. The town is currently more than halfway through its current fiscal year, 2019. The town’s fiscal year begins each year on July 1 and ends on June 30 of the following year.

Town budgets are assembled during a long process that involves department heads, the Selectboard, and the Finance Committee. On March 4th, the Selectmen and Finance Committee voted in a joint public hearing to recommend that citizens approve their proposed FY 2020 budget at the Annual Town Meeting in May.

On February 25th, the Board of Selectmen went into Executive Session, private meetings that are strictly regulated by state statute and designed to address sensitive material such as litigation and personnel issues. Anything discussed in Executive Session is not immediately available to the public. However, the Board stated that, among other reasons, it was headed into executive session “to investigate charges of criminal misconduct or to consider the filing of criminal complaints…”

Ms. Ball is known to many taxpayers as the sometimes-brusque town employee who works behind the large plate-glass window in the lobby of Town Hall. If you hand-deliver your tax payments, she’s often the one who accepts the payment and stamps your receipt. Those who know her say they find her an endearing and loyal friend. Others, often those newer to Town Hall, frequently complain about her customer service. Given that the treasurer’s office is in the lobby, she’s often seen as the public face of Town Hall to those unfamiliar with the workings of town government.

Ms. Ball’s family has lived in South County for a number of years. Her father, Frank MacKoul, deceased, was a member of the Great Barrington Fire Department for 24 years, a Special Police Officer for Great Barrington for 9 years, and a member of the Berkshire County Sheriff’s Department. He was also as seller of antiques and known to be an engaging storyteller of town lore. Ms. Ball’s husband, Michael, recently retired as Head Custodian after working for the Town of Great Barrington for more than 30 years. In that position, he was often in charge of cleaning and maintaining public buildings, such as Town Hall and the police department.