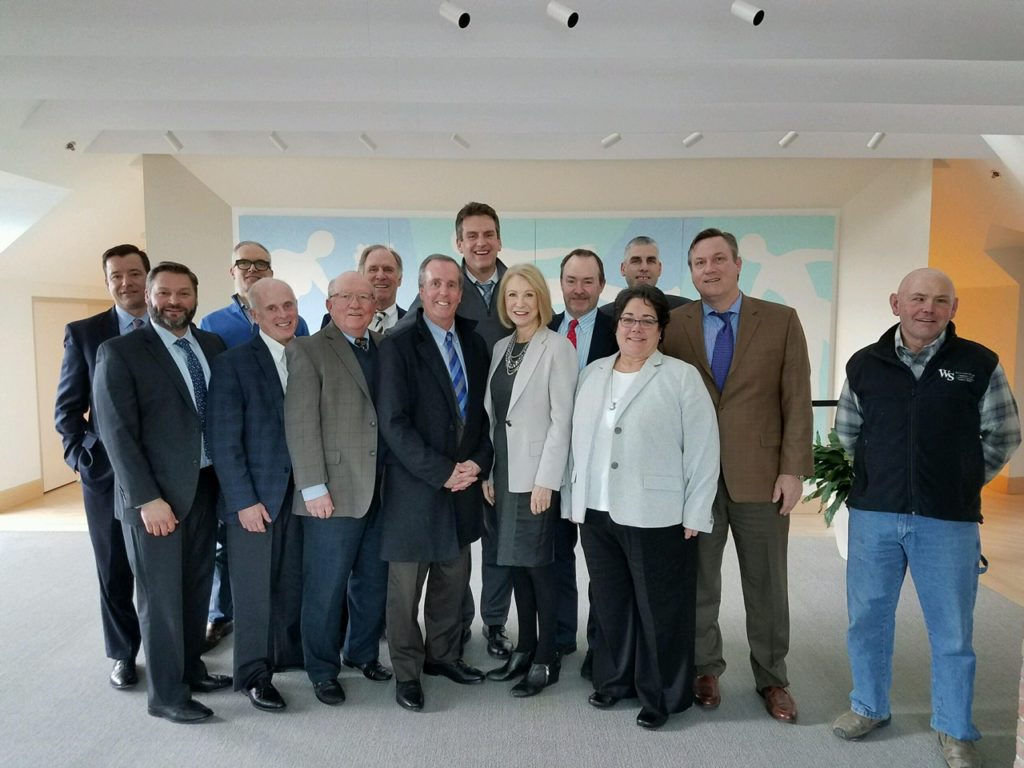 Great Barrington — Two days after the publication of a scathing article about how Western Massachusetts is facing economic death at the sword of the state’s broadband approach for rural towns, Massachusetts Secretary of Housing and Economic Development Jay Ash came to town for a tour and a talk with business leaders and said he was surprised to hear this criticism.

Broadband, or high speed Internet, came up at yesterday’s meeting, high on the list of concerns in a town that has become a hub in this rural region with a high poverty rate, population decline, a growing elderly population and a host of other barriers to economic growth.

One of the keys to reversing all this, everyone agrees, is high speed Internet. Not just a good cable connection for watching Netflix, but the sort of thing that will, for example, allow companies like Iredale Mineral Cosmetics, which currently purchases high speeds, to do a serious online business.

Towns out here are growing restless at the time it’s taken the state to take action with $50 million earmarked for these towns along the “last mile,” this unwired stretch begging for the fiber optics and technology that will keep the region current in education, business and medicine. Small towns with pluck and money are getting the job done themselves and meeting with the state’s broadband arm, MBI (Massachusetts Broadband Initiative), to get their towns wired. 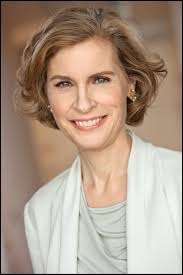 Local broadband cooperative WiredWest has been a bruised but steady warrior on the battlefield for several years, as the state appears not particularly warm toward the co-op’s attempt at a regional solution that may lower the cost for towns. It’s all taking a long time; and then there are towns like Great Barrington that won’t get a penny of that money because they are “partially served” by cable, which, experts say, is not enough speed for serious economic growth.

An MBI shakeup last year put new leadership at the helm under the aegis of Ash’s department. Susan Crawford, Harvard Law professor and director of the Berkman Klein Center for Internet & Society, said Gov. Charlie Baker’s administration is quietly flirting with massive private companies like Comcast to deliver what will likely be inferior and expensive service to rural towns.

“It’s a slow-rolling tragedy that will blight Western Massachusetts for generations,” Crawford wrote.

“November 2016 Request for Proposals issued by MBI requiring successful bidders for as many as 40 of the remaining towns to have pulled in minimum annual revenues of $100 million in each of the last three years,” Crawford added. “Yes, MBI will support last-mile connectivity — but only if the company building it is really, really rich and will own as well as operate the resulting networks…Not only that: the winners of this RFP won’t have any competition — remember, this $19.6 million RFP from MBI covers service to “40 un-served Towns” and so will be able to charge whatever they want for bad service.”

After Ash had met with a dozen local business leaders in the Iredale lobby, I asked him about Crawford’s article and whether Baker had his heart set on getting as much rural business as possible into the hands of these giant companies.

“I can assure you that that isn’t the approach we’re taking,” Ash said, noting he hadn’t seen Crawford’s piece yet. He further said he was “surprised” to hear this criticism since the state has lately received much “positive” feedback on this issue. Indeed, it appeared Baker lit a fire under MBI amid what was becoming a borderline embarrassment over high-priced consultants and a lack of movement while the region languishes with slow speeds.

That MBI shakeup put two new last mile directors in place, and they have been running all over Berkshire County meeting with town officials and trying to get each town up and running. But not all towns are equal in their resources and it’s a long, complicated process even for towns that can get their acts together.

“We’ve laid out a menu of options for towns,” Ash said. “And the governor was engaged in helping lay out that menu. We’re trying to provide local towns with what they need… it’s not a one-size-fits-all approach. We want to understand what limitations and possibilities are in each town.” 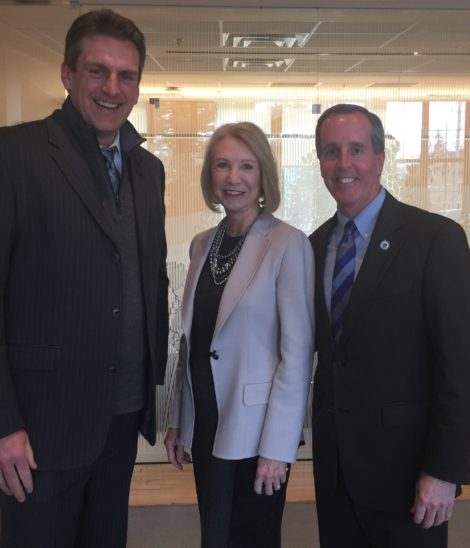 State Rep. William “Smitty” Pignatelli, D-Lenox, organized the meeting at Iredale Mineral Cosmetics’ world headquarters here, and said that, beforehand, he had given Ash a tour of a few key spots in Great Barrington, Housatonic and Lee. It was the first time Ash had been here and Pignatelli said he intentionally did not make this tour and meeting about “travel, tourism, arts and culture.” Pignatelli said, “that’s how Boston views the Berkshires,” and, given the problems out here, he’s aiming for something else.

For this, Pignatelli said, “I was criticized and I will be criticized…but I was deliberate.”

He said there are lots of different businesses out here that “paint a very different landscape of economic development in the Berkshires…I want [Ash] to go back to Boston and understand that the Berkshires are more than travel, tourism, arts and culture.”

Pignatelli said Sam Nickerson, co-developer of the 47 Railroad Street downtown mixed-use project, had told Ash the lack of broadband in Great Barrington was a concern. “We’ve put so much into the unserved and underserved communities,” Pignatelli said, “we, in essence, have created a new lock of towns that are becoming underserved like Great Barrington…we’ll have small towns like West Stockbridge with some of the fastest speeds while the hub of southern Berkshire, Great Barrington, has very slow Internet. It’s something we haven’t thought about but we need to pay more attention to.”

Ash listened to other worries, like the rising cost of energy, Pignatelli said. Indeed, Eversource recently applied for a rate hike in Massachusetts for next year, though Attorney General Maura Healey has already said the request does not appear to be justified.

“Every single one of them at that table today has job openings,” he added, noting that it was hard not only to find workers here, but also to get skilled workers and their spouses to relocate here. “We’re having a hard time attracting people.”

Pignatelli wasn’t shy about first bringing Ash over to the Eagle Mills complex in Lee, a redevelopment project that could use Ash’s help getting state money to rehab the town’s insufficient water infrastructure.

Pignatelli also took Ash to the Rising Paper mill in Housatonic, and told him how the General Electric Company made a deal to prevent residential redevelopment there until 2028. It is one of the town’s largest buildings and its underuse is starving the town of some serious tax revenue, according to the town’s assessor. GE had added the restriction when it purchased the dam and nearby land to protect it from future liability over its pollution remediation plans for the adjacent Housatonic River.

Pignatelli said it was entirely possible to have a sit-down with GE to try to reverse the residential restriction, and he wanted Ash to be aware of the situation.

Ash also spoke to reporters about other attempts to fuel the Berkshires economy. He said the state’s decision about investing more money in the Berkshire Innovation Center in Pittsfield was “weeks away,” and that it was a matter of making sure its commitment of $3 million more was going to be the “right investment” for the technology, manufacturing and life sciences training and laboratory complex. The state had already given BIC $9.7 million to the city of Pittsfield to fund design and construction. BIC’s president, B. Stephen Boyd, had attended the meeting with Ash.

Ash said the meeting at Iredale helped him learn “what’s special about Great Barrington and beyond and how we can help support the growth of individual companies and communities” with use of $1 billion over the next 5 years earmarked for economic development. He used Jane Iredale’s success as an example. “I’m impressed with Jane…how someone can grow something from a kitchen to a business admired nationally and internationally.”

As for a new administration in Washington, Ash said he’d reach out to the new Housing and Urban Development (HUD) directors to talk about what’s needed in Massachusetts.

“We have our own strengths and so we certainly benefit from a strong national economy, but want to focus on competing on global level,” Ash said. “We’re trying to make sure we’re prepared.”

— Grandma Moses
Read next: Sister March at Colonial Theatre draws throngs from across the Berkshires