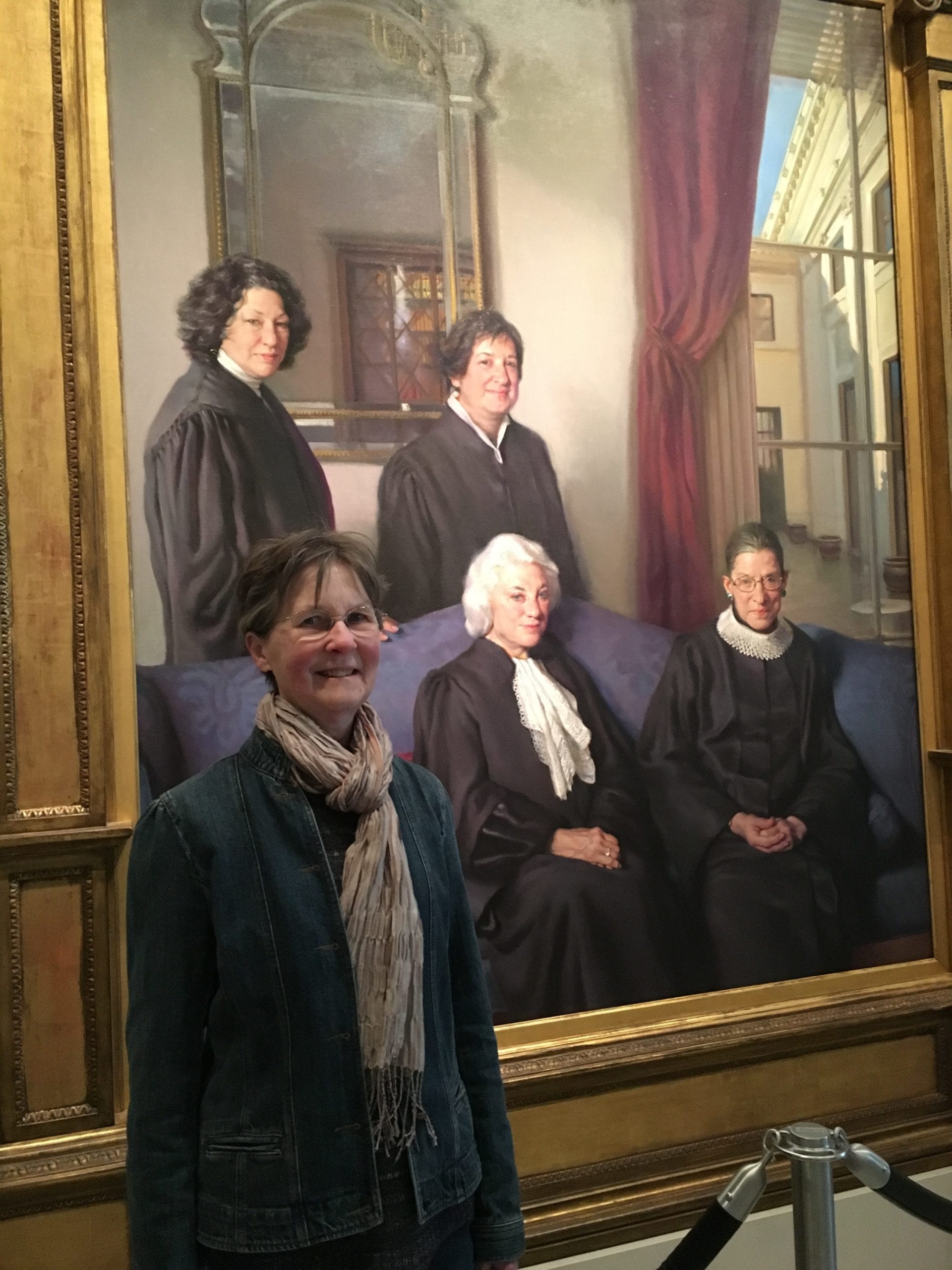 The author's mother, Winnie Chauvin, during a trip to Washington, DC in 2018, in front of a portrait of women jurists, including Justice Ginsburg (at right).

Four score and seven years ago, Joan Ruth Bader was born on the Ides of March in Brooklyn, New York: let that sink in. Throughout her brilliant career, Ruth Bader became Justice Ginsburg, persisting and resisting with the mental sharpness of a woman on the cutting edge her whole life and the moral clarity of a petite legal giant.

Oddly enough, now that she has bodily ceased, her legacy simply will not desist. Half-mast and half-staff flag gestures feel so half-and-half; they make us feel good but do little to safeguard Notorious RBG’s opinions. Her passing also certainly raises the stakes, should we encounter a Bush v. Gore redux.

Speaking with several feminist attorney friends last night was cathartic. While prolonged shiva seems like the only appropriate response to the man-made crisis unfolding in slow motion before our eyes, many are foregoing sitting in favor of marching. Machiavellian attempts to “replace” her now will give new meaning to the word “rage” and solidify the progressive electorate in all 50 states, not just the blue ones. And not just the female vote.

Notorious RBG was the real article. How many times did we hear about her listening to oral arguments or writing decisions from her hospital bed? Her trailblazing stamina and visionary jurisprudence have made life immeasurably easier — for all Americans. And her quiet departure is totally in keeping with her soft-spoken nature. Of course, it’s always darkest before the dawn. Perhaps this Jewish New Year will shine a little light and bring back law and order, Ginsburg style.