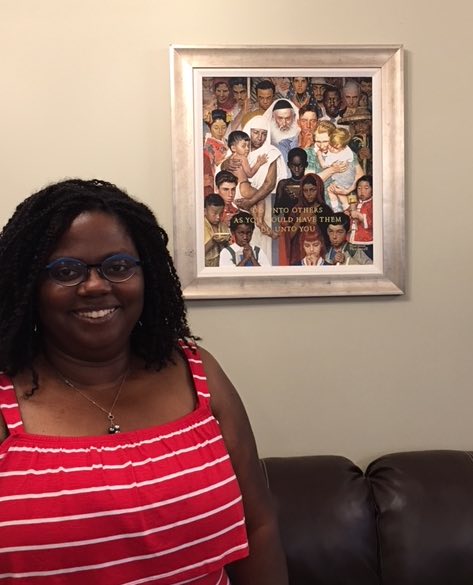 Lee — There is palpable energy surrounding Gwendolyn VanSant. “You are a star!” declared one enthusiastic supporter of  VanSant — the Chief Executive Officer and Co-Founding Director of Multicultural BRIDGE — as we walked along Main Street this morning. Elissa Myers of New Marlborough, who ultimately came to support VanSant in her caring about the community, sees the Unsung Heroine of Massachusetts as speaking to individuals from all walks of life in the midst of tumultuous political and social times. “For people who knew there was a problem, [Gwen] stepped up, put a finger in it, and galvanized a community” in the process.

On Friday evening, July 6th, the community is invited to RESILIENT CONNECTIONS: A GALA CELEBRATING THE IMPACT AND LEGACY OF BRIDGE. The event, being held at Naumkeag in Stockbridge, is a unique opportunity to celebrate the work of a transformative social justice organization that — for the past decade — has been creating new connections across the Berkshires and beyond everyday.

“I’m really grateful, for the opportunity to lift BRIDGE up after ten years,” said VanSant of what she considers a real community organization. “If you put that in the context of my talking about black women leadership, trying to do social justice and racial justice work in our community, it’s hard and it’s isolating — to be lifted up and to feel all this support of the many people who are watching and cheering me on…is really exciting,” she added on the proverbial eve of the nonprofit’s 10th anniversary.

VanSant, who was born in Philadelphia, first came to the Berkshires from Virginia Beach at the age of 15 — where she was living as a Navy brat at the base — to attend Bard College of Simon’s Rock in Great Barrington. For the student who excelled in really concrete things — like math and spelling bees — Simon’s Rock opened doors to the discovery of the humanities, art history, Latin American studies, and the Spanish language among other things. “All of that is where I am today — so all of [my work] is from Simon’s Rock being outside the box and encouraging me to look outside the box. It really changed my world, and I think that’s why BRIDGE is able to exist,” Van Sant explains. “Because it didn’t fit the mold.” 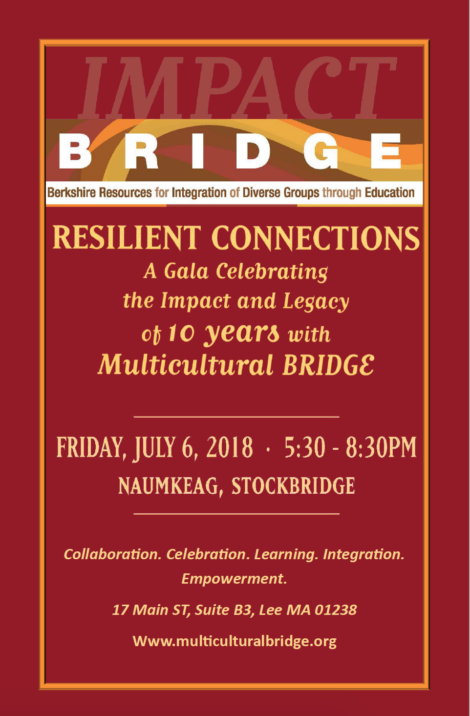 Founded in 2007, BRIDGE — an acronym for Berkshire Resources for Integration of Diverse Groups through Education — is a grassroots organization dedicated to catalyzing change and integration through promoting mutual respect and understanding. Since its inception, BRIDGE has been “promoting mutual understanding and respect among diverse groups serving as a resource to both local institutions and the community at large. We serve as catalysts for change and integration through collaboration, education, training, dialogue, fellowship and advocacy.” BRIDGE connects vulnerable community members with key resources and networks, while also providing education to both local institutions and the community at large. In addition, BRIDGE can be contracted to provide consultation, training, translation services and other support for businesses looking to ensure equity in their workplaces.

“We had a vision, and we played with the words,” recalls VanSant of the work she and Co-Founder Marta Bourdon put in to arrive at a fitting name for their fledgling organization. Bourdon, a Dutch immigrant who had married into the Mexican immigrant community, understood what it meant to constantly face the challenge of navigating different cultures; VanSant, in her role as a medical and mental health interpreter, was busy helping people with language and wanting to do so much more. “When they met me, I was a bridge for them to a culture they didn’t understand,” VanSant said, offering as explanation her being called to a routine dental appointment where — once business had been taken care of —  the patient really wanted to know about signing kids up for school, bank statements, and advice on the best place to live. “You know, just regular things one would want to know that without language and culture you don’t even know you need to ask,” she said. In that way, VanSant became a literal bridge and the organization’s moniker stuck.

In the ensuing decade, Multicultural BRIDGE has literally been that connector whose mission was to meet people’s needs, both individuals and organizations, by “help[ing] them figure out how to do it on their own without needing us,” VanSant says. To date, that has been where the Cultural Competency Training has grown. “That’s what we are hired to do, what people trust us to do, when there is a crisis” she said of just one of many successful programs launched by the nonprofit in its tenure.

“It is amazing to me that after a decade we are still using the same mission, the same core values, the same vision and it really is just a connection — connecting people, connecting people to organizations, and then helping people to connect with our history, and our culture and our legacy. That’s been our evolution: we wanted to meet people’s immediate needs…as time has gone on, we’ve really grown. The journey has been to really wanting transformative justice versus immediate justice and integration of  people,” VanSant said.

“Ten years is a long time to be holding something,” said VanSant who is looking ahead to the next phase of the organization. Long-standing local Berkshire leader John Bissell, of Greylock Federal Credit Union, and his wife Melissa have joined BRIDGE as co-chairs of the Gala Committee. Their involvement has allowed for BRIDGE to foster stewardship of the organization through community partners so that everyone feels ownership in BRIDGE’s sustainability. To date, 20 inaugural “members” have joined the BRIDGE community, in honor of the gala, “and part of that membership is knowing we can run our community programs based on that support,” said VanSant. “That’s the concept for sustaining the organization throughout the next decade.”

“In the face of what’s going on in our country right now…we’re digging deep into this work,” VanSant said, “it’s really emerging.” State Sen. Adam Hinds nominated VanSant as a 2018 Unsung Heroine of Massachusetts — an award she received on June 20th — in recognition of her leadership in the Berkshires on matters of diversity, cultural competence and coalition building for justice and equity. “Gwendolyn has done so much work to promote understanding and inclusion, to address racism, and bridge the divides that plague us to this day,” said Hinds.  “That’s why it was an honor to shed more light on the important work she has dedicated herself to.” Both Hinds and state Rep. William “Smitty” Pignatelli will be in attendance at Friday evening’s gala celebration at Naumkeag. For more information on the event visit the BRIDGE website; in addition, click here for a preview of the gala auction which will take place during the event.

For more information on the event visit the BRIDGE website; in addition, click here for a preview of the gala auction which will take place during the event.