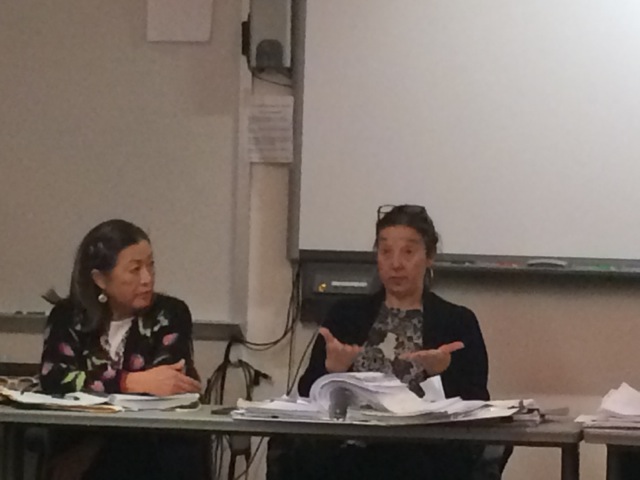 Great Barrington — The Selectboard and Finance Committee agreed Wednesday night (March 11) to fund an account for Other Post Employment Benefits (OPEB), after batting the idea around at previous meetings. The decision was made after learning that new accounting rules will require municipalities to list liabilities consisting of health and life insurance (not pensions) on their books as real numbers.

At their joint budget meeting, the Selectboard and Finance Committees voted unanimously to put $50,000 in an OPEB account, with $20,000 of that taken from free cash, which is money unspent from the previous year. The amount of the Town’s liability is estimated to be around $9 million as of June 2012, but an actuarial study is underway to determine a current number, said Town accountant Lauren Sartori. That study won’t be ready until November or December, she added, and will be completed for the 2015 audit.

Finance Committee Chair Sharon Gregory has in the past expressed concern about the lack of an OPEB trust, and suggested adding the $20,000 from free cash. Gregory researched the issue, and the way other towns handle their unfunded liabilities. She said, for instance, that Stockbridge has reserved $300,000 to $370,000 per year for the last three years.

“I’m concerned that we don’t have a trust, and I’m not an expert on it,” she said. “I tried to get a perspective on it…perhaps we should put together a $100,000 in a trust? Maybe we could take this out of our free cash so it won’t impact our tax rate?”

The town has $475,000 in a retirement trust for benefit payouts under union contracts and other requirements — the “pay as you go” method. The town also has almost $1 million in a pension trust.

Finance Committee member Michael Wise suggested a “token fund” be created, which, according to Sartori, bond raters such as Standard & Poor like to see as a “good faith” effort that municipalities are taking future payouts seriously, and also so they know what a town’s liability really is. “S&P thinks it’s important,” Sartori said.

Sartori said it was important, however, “to tell everyone, including the taxpayers, that we have a liability, so they are aware of what the cost of doing business is.”

The Berkshire Hills Regional School District is in a similar OPEB accounting boat, but is too stretched to fund anything extra — it recently restored programming cuts that had been made in an attempt to shrink the budget. Yet both Gregory and Stockbridge Selectboard member Chuck Gillett told the School Committee at its February budget presentation that they were worried about the district’s unfunded liabilities, which are estimated to be around $30 million. And some committee members replied that they agreed, but that the budget was already in dangerous waters. “We probably should fund it,” said Dan Weston. “Should we increase assessments to try to cover that?”

Gregory wondered if there was a plan to at least study it. Gillett suggested putting money aside, as Stockbridge has done. “It is such a big nut,” he said, “and pretty soon that number will be so big you won’t know what to do with it.”