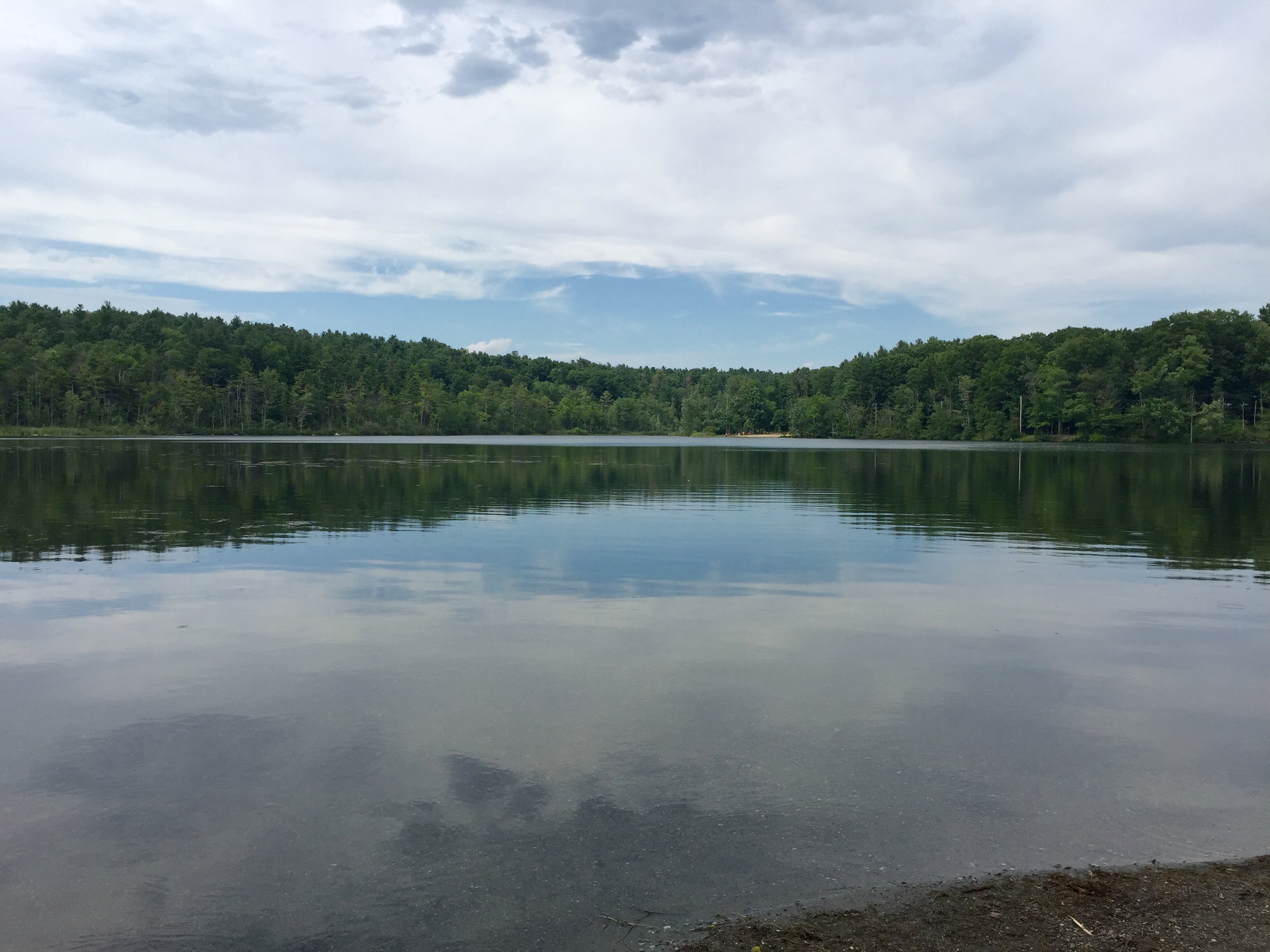 Great Barrington — Lake Mansfield Road may be turned into one-way road from Knob Hill Road to the beach, among other changes to the recreation area unveiled by the Lake Mansfield Task Force last week after years of working through a decision-making maze about repairs to the road, safety and environmental concerns.

With the help of engineers and designers, the task force drafted a still-conceptual plan to address a series of problems with complex environmental and traffic considerations without breaking the town bank.

“We looked at everything,” said Town Planner Chris Rembold at last Thursday’s (July 14) Planning Board meeting. “It’s not cheap.”

The Selectboard, Planning Board, Parks and Conservation Commissions have approved the conceptual plan for work that will clock in at around $2 million. The next step, according to Rembold, is for the town to price out each element of the plan and figure out how to fund each.

The Planning Board voted 3-1 to approve it, with member Jonathan Hankin opposed.

Lake Mansfield is a gem in the heart of Great Barrington, and one the few lakes in the state surrounded by neighborhoods and so close to a downtown. The narrow two-way road around the lake, however, is crumbling into the water. The well-traveled road serves not only the recreation area, but is also used as a cut-through between one part of town to another. It is treacherous to drive, as is walking and biking along it, particularly in the summer, when the population increases and frequently uses the lake for swimming, picnicking and fishing.

It isn’t so simple to fix. The entire area is a delicate ecosystem surrounded by homes on a hill from which storm water and sediment run into the lake. Simply repaving the road won’t solve any of this, and town officials say such a measure will simply increase car speeds. So the town has tried to make a decision with options that included widening the two-way road: shutting the road for cars except for access to the one home and the Eastview Pool along the road; creating a one-way to make it more pedestrian-friendly with a linear park; and/or making changes to the parking and layout of the recreation area.

Rebuilding the two-way road will cost a fortune to build and permit, Rembold said, and a successful permitting process isn’t guaranteed.

Task Force Chair Christine Ward said that after multiple surveys were completed by residents about how they use the area and what changes they would like to see there, the task force unanimously agreed upon this “comprehensive plan that considers the entire space,” and accounts for “the health of the habitat, safe access, and recreational opportunity.”

Ward said Department of Public Works Director Joe Sokul and Rembold both support the plan, and the fire and police departments have vetted it for emergency services. Only emergency vehicles will be allowed to use the road as a two-way.

Rembold explained that rebuilding the two-way “would require extensive land takings,” and both are “expensive and extensive.” He said the town has a narrow stretch to work with, and so a 12-foot-wide one-lane road allows a gain of 4 to 5 feet for bank stabilization, which is “critical.” It will also allow for a 5- to 6-foot-wide walking and biking trail.

“Everyone will have to change their driving habits,” he said. “It’s going to take some time and adaptation.” He said this plan also “maximizes the potential for grant funding.”

The plan also reduces the noise people will hear while using the lake or hiking trails on the other side of the road. A new parking configuration with about 50 spaces will relieve what has become an often desperate and dangerous parking and driving situation, and will provide handicapped-accessible access to the lake from the road. Ward said the new circular parking area will be “essentially a green space” and “won’t look like a huge, paved parking lot.”

Outhouses will be relocated, and stormwater will be managed to protect the delicate ecosystem.

Hankin wasn’t so happy about the parking area, which, he said, was “very convoluted and bordering on perverse.”

But Board Chair Brandee Nelson said the plan wouldn’t please everyone. “There may be things people don’t like about it,” she said. “But the lake needs help, there’s erosion… we’re stuck.” She said improvements to the road have been held up by concerns about all the related issues that have to be considered as a whole. “We have to get to the point where we can make a decision.”

Hankin worried that, if the same design firm gets the bid for the project, “it will be locked into this plan.”

“ ‘Do nothing’ is not an option,” Rembold said, especially since the road is breaking down not only from use but because the elements are degrading it from all sides, including water beneath the surface.

Hankin also worried that drivers “tend to go faster” on one-lane roads. He said it was “asking for trouble because of the bikes going south,” and wondered how bicyclists might safely coexist with cars and pedestrians.

Housatonic resident Carol Diehl noted that in Provincetown, “it is challenging to be a biker” on crowded town roads including Commercial Street, where “it’s very, very clear that people on bikes have the right of way.”

Board member Malcolm Fick said a petition was circulating—one that bears his signature–to keep the road a two-way. But upon learning of the “options costs and impact, this is probably the best option for this particular space.”

Nelson said the task force had an abundance of “challenging and competing factors” to contend with.

“It’s not perfect,” she added.