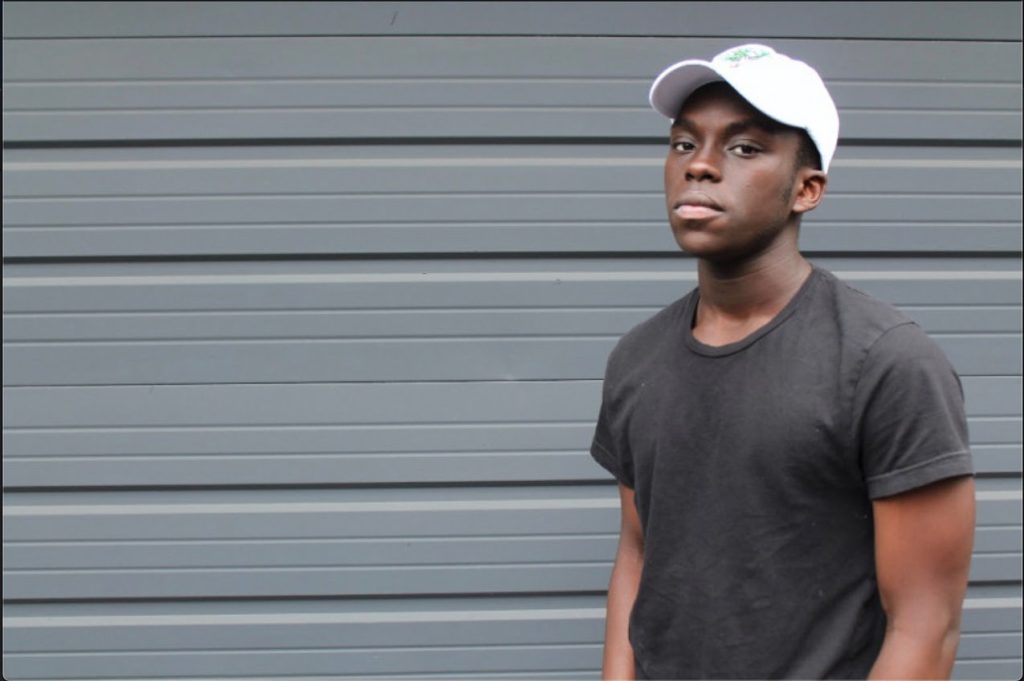 Great Barrington — “At the end of the day, there is no wrong way to tell your story.” At least that’s how slam poet Kofi Dadzie sees it. “Everything that I have in my ability to tell my story, which is my voice and my own body, is at my disposal,” said Dadzie in a recent phone interview.

It was a scant six years ago that he first dove into slam poetry, a very open and artistic community with deep ties to social justice. Dadzie was 14 years old at the time, a freshman in high school, and identified as a rapper. “I hadn’t really given much thought to poetry at all,” he admitted, citing instead an affinity for music and running track.

One day, while freestyling with some of his teammates, Dadzie heard about Louder Than a Bomb, the Massachusetts youth poetry slam festival organized by Alex Charalambides, who had visited Dadzie’s middle school the year before to introduce slam poetry. It was 2013 when Dadzie was invited to participate in his first slam, an event he remembers as “a very indescribable experience, the first time [he] had seen anything of the sort—it was amazing.” On Saturday evening, Dadzie and Charalambides will converge upon the same stage at Fuel Bistro to present an evening of youth poetry, one intended to engage youth poets in competing in a poetry slam and open mic event as part of ArtWeek, presented by Highland Street Foundation and celebrated all across the Berkshires.

“I’m a really big history nerd,” said Dadzie, who points to his own stories of survival, family lineage and history as influencing his creative process. And music. Lots of music. “I have a lot of family lineage connections to music,” explained Dadzie, who is a Ghanaian slam poet from Westborough by way of White Plains, New York. “I spend a lot of time researching and also just listening to music,” he explained, with a gentle reminder: “I started as a rapper; I wasn’t doing any kind of poetry.”

Today, Dadzie is a year-round track-and-field athlete and student at UMass Boston, who brings myriad life experiences to his spoken-word poetry. Perhaps most alluring is his process. “When I went into slam poetry, I thought all my poetry had to be a specific way,” he explained, pointing to conventional markers like stanzas and literary devices he had learned in English class, neither of which he pays much attention to. What Dadzie realized rather quickly is refreshing: “The goal is to tell my story,” he explained, which means he can’t get it wrong. 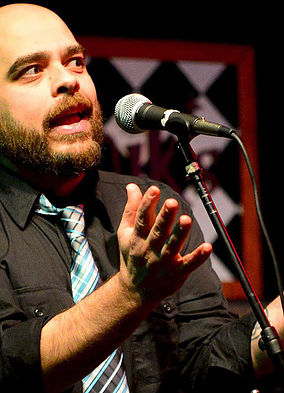 Charalambides, who will emcee Saturday’s event, is a full-time poet, performer, teaching artist and youth arts activist. He has spent the past 15 years performing his own original work and pushing the movement for teen writers to find self-empowerment and community through the spoken-word performance poetry art form. “MassLEAP functions as a statewide model, with programs meant to reach every community in Massachusetts,” explains the organization’s managing director. “However, being small and young, our reach out in the western part of the state has been limited. We’re really looking forward to meeting some new students and educators in the Great Barrington area and hope that even reluctant sharers will still come through to check out some poems,” Charalambides added in a written statement. MassLEAP, a 501(c)3 sponsored organization, coordinates the annual Louder than a Bomb Massachusetts youth poetry slam festival.

As a genre, spoken-word poetry has its roots in oral traditions and performance. Spoken word can encompass or contain elements of rap, hip-hop, storytelling, theater, jazz, rock, blues and folk music. Characterized by rhyme, repetition, improvisation and word play, spoken-word poems frequently refer to issues of social justice, politics, race and community, which piqued my interest as to how one composes such poetry, if not on paper.

“It depends on the situation,” said Dadzie. Of course, one method is to compose a poem, commit it to memory and segue straight to performance. But that does not always work so smoothly. “There have been many times where I thought I had a poem memorized,” said Dadzie, “only to realize that I did not remember the next line.” In this scenario, there is but one option: “Freestyle something in that moment that feels right to say.” For those new to the genre, or for seasoned spoken-word poets who still get butterflies in their bellies, Dadzie has more conventional advice: “For the most part, I spend a lot of time saying my poems out loud to myself, just so I get more comfortable not only with the words but with myself saying those words.”

Search for him on YouTube, and you’ll get a surprising number of hits—Dadzie was recently part of the 2016 and 2017 MassLEAP Brave New Voices Youth Poetry Slam (his teams placed sixth and second, respectively, at the international level); Dadzie served on the inaugural Youth Spoken Word Leadership program in Boston and now co-organizes the Yung House Slam. He also represented the House Boston Adult slam team at the 2017 National Poetry Slam and Individual World Poetry Slam (placing third and fifth, respectively). Most recently, Dadzie placed fifth at the 2017 Individual World Poetry Slam tournament in Spokane, Washington.

Click on any of Dadzie’s aforementioned YouTube videos, and one can’t help but understand the allure of spoken-word poetry: words spill forth like casual conversation while brimming with passion and without a hint of bravado. Powerful points punctuate the poet’s thoughts; an expressive facade makes human the emotion—and then there are the words. This excerpt from “No Lives Matter,” struck me as particularly powerful. That said, my conventional training as an English teacher leaves me unsure as to how I might translate this art form to the written word, but I will do my best:

“I can already hear the protests
You hear that?
The silence.
See how quiet privilege can be when you rest the silver spoon?
See how quickly porcelain people fall to pieces when pushed from complacency,
When bodies fill the streets,
When we all congregate and march.
For no one.

“One of our most important values as a movement-based organization is the idea that art and poetry belong to everyone,” explained Charalambides. At the end of the day, Dadzie’s years of experience with the genre and his subsequent success are hardly commensurate. It is a detail not worthy of mentioning save for the fact that it’s incredibly inspiring. Charalambides agreed: “We work with young people because, too often, they’re left out of critical social conversations. Now more than ever we need young people to raise their voices and be heard!”

Despite Dadzie’s success, he is wholly transparent about the early days. “When I started doing slam, I was really unsure as to whether or not I wanted to,” he admitted. But that didn’t stop him, nor did stepping outside of his proverbial comfort zone. As to his best advice for others in similar shoes? First, read poetry that interests you; second, “Just give it a shot,” he encourages others, “and be willing.” Which brings me back to Dadzie’s seminal stance: At the end of the day, there is no wrong way to tell your story. “Take what you think poetry is, or what others have told you is poetry, and turn it on its head. For every instance of [an individual doing something new], someone had to break what was being done in order to try something new, right?”

Editor’s note: Youth poets ages 13–23 are invited to participate in Saturday’s event. Pre-registration required. For more information, see the Berkshire Edge calendar or contact web@wXw365.org. This ArtWeek event is co-sponsored by Fuel Bistro, WordXWord, MassLEAP and Housatonic Heritage. There is no charge for the event, but donations to Clinton Church Restoration are appreciated.

— Yogi Berra
Read next: Rawson Brook Farm to downsize: Get your chevre while you can