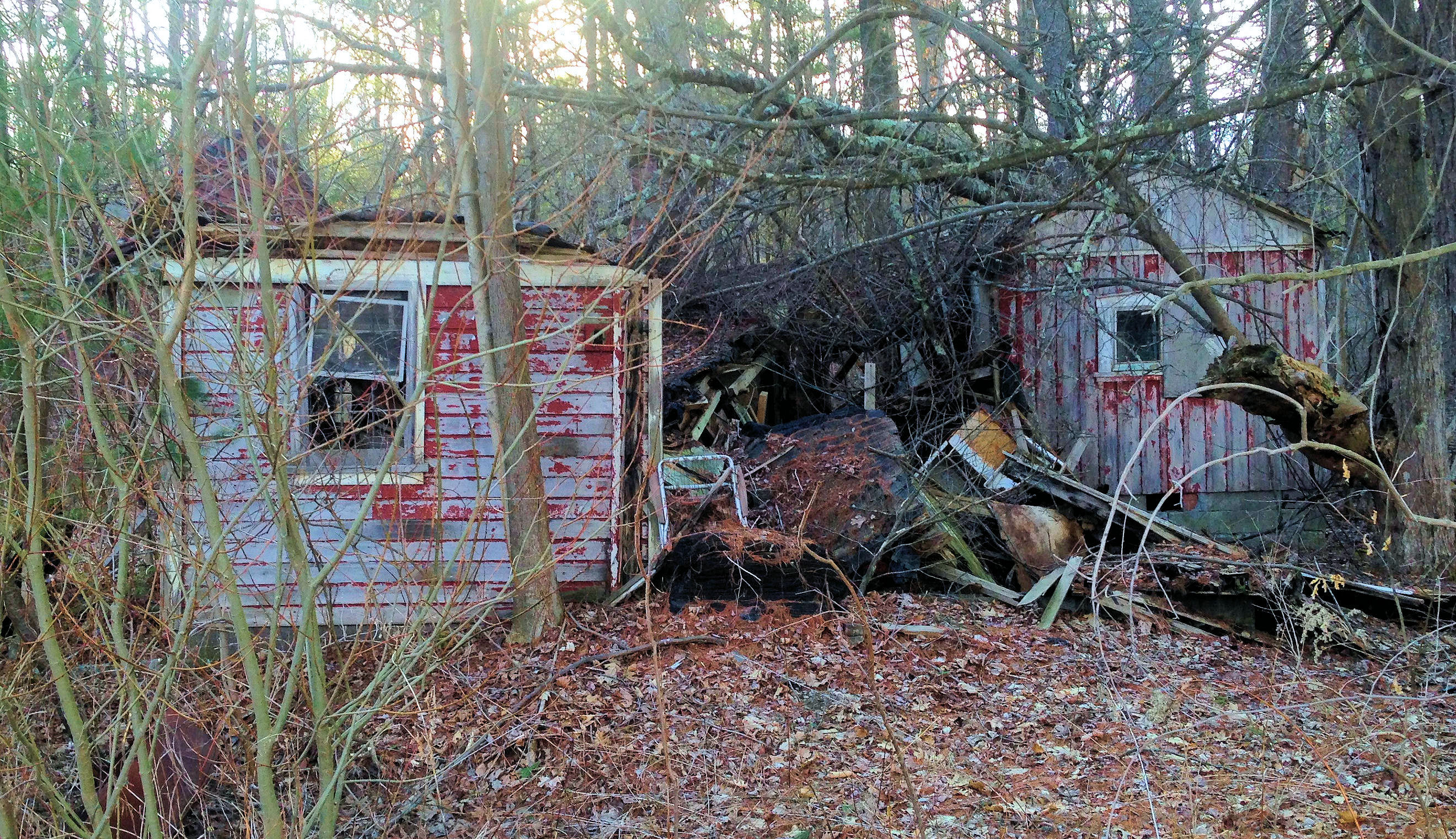 Hannah Hogeboom’s Honeymoon Lodge, behind the former Sunrise Diner north of Ashley Falls, is one of the many stops on the Summer Satirical Historic House & Hidden Gardens Tour.

Summer is here, with residents and visitors exploring our beautiful Berkshires. As part of the Berkshire experience, nonprofits offer house and garden tours as fundraisers. But not everybody can afford to attend these events so, last winter, the newly formed Southern Berkshire Hysterical Society offered a free online tour of some unusual structures in our area. It proved so popular that we are back with a brand new summer tour. Best of all, you won’t need any tick spray on this trip.

Hannah Hogeboom’s Honeymoon Lodge (above): This charming hideaway is conveniently located behind the old Sunrise Diner north of Ashley Falls. Since the diner closed, hearty breakfasts are no longer available, but guests remain entertained by visiting raccoons and opossums. Visitors also speak fondly of the beloved invasives like orange bittersweet berries and purple loosestrife within arm’s reach of their rooms.

This-End-Up Road House: Frequented by train buffs, this structure is strategically located next to the CSX railroad tracks in the charming West Stockbridge hamlet of State Line. Also popular with limbo dance aficionados, visitors exclaim “how low can you go” as the roof drops another inch each time a train rolls by.

Knight’s Tavern: Strategically located on Knight Road in New Marlborough, this tavern was built on land once owned by one of Gladys Knight’s Pips. Note the tall TV antenna attached to the chimney. In the 1950s, guests often dropped by because the tavern’s television set reportedly pulled in more channels than any other house in town. Family members still rave about the cool evening breezes that waft through the second-floor bedrooms.

Rocky Top: Legend has it that this secluded Sandisfield site was once a training camp visited by heavyweight boxing champion Rocky Marciano. A careful check of records in the Southern Berkshire Registry of Deeds indicates that the property was also briefly owned by a descendant of Confederate Gen. “Stonewall” Jackson. There is no truth to the rumor that stoned entrepreneurs are considering this site for a marijuana facility.

Set-A-Spell Motel: This modest motel is located near the Otis/Sandisfield town line. It was in one of these chairs that Otis selectman and legendary songwriter Otis Elevator wrote the lyrics to his chart-topping tune titled “I’ve Got My Ups and Downs, Baby.” Wannabe song scribes still swing by on occasion and sit for inspiration.

Milo’s Silo: A rugged remnant of the cold war, this retired missile silo stands proudly in a South Lee farm field. During the 1960s, it was reconfigured as the summer home of rocket scientist Wernher von Braun. Although modest on the surface, the structure reportedly extends for three stories underground and doubles as the music studio for independent rapper Milo.

Barrington Beer Bottle Battle: Nearly forgotten, this humble hut abutting Berkshire Community College’s south campus in Great Barrington was once home to the first organized resistance to British single-serve beer bottles in America. Two years prior to the American War of Independence, Great Britain declared that no beer in the colonies could be sold in American-made, single-serve bottles. On Aug. 16, 1774, protesters gathered outside this building and openly guzzled beer from Barrington blown-glass, single-serve bottles. Seeking to avoid violence, Tory David Ingersoll suggested an alternative one-shilling returnable bottle. He was arrested.

Hidden Gardens: The hidden gardens on this tour were so well hidden that only one could be found. It is located near the sewage treatment plant in Great Barrington. A nice place to stop and smell the … roses.