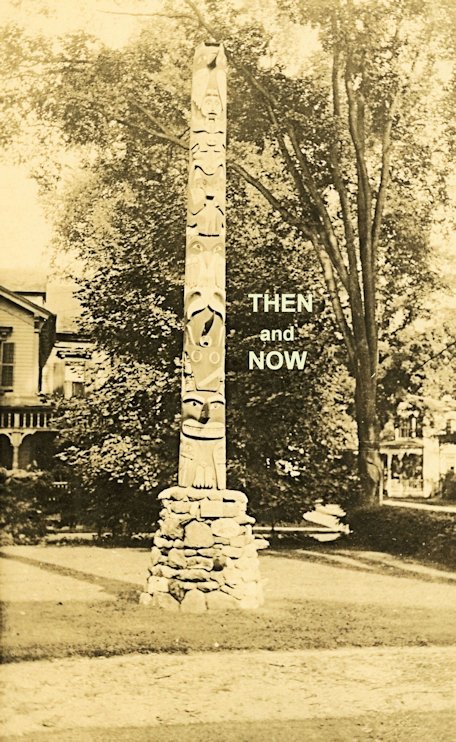 When Great Barrington’s Mason Library opened in 1913, Architecture magazine proclaimed it “the most attractive small library building in America.” An enormous Alaskan totem pole, above, was added to the side lawn in 1917 by a former resident who had migrated to Alaska during the 1890s gold rush. Weather and insects eventually took their toll on the pole, and it was discarded at some point after World War II. The stone base remains to this day, as shown below.

Note: “THEN and NOW” photos may not be reproduced or published in any manner without written permission from the author.