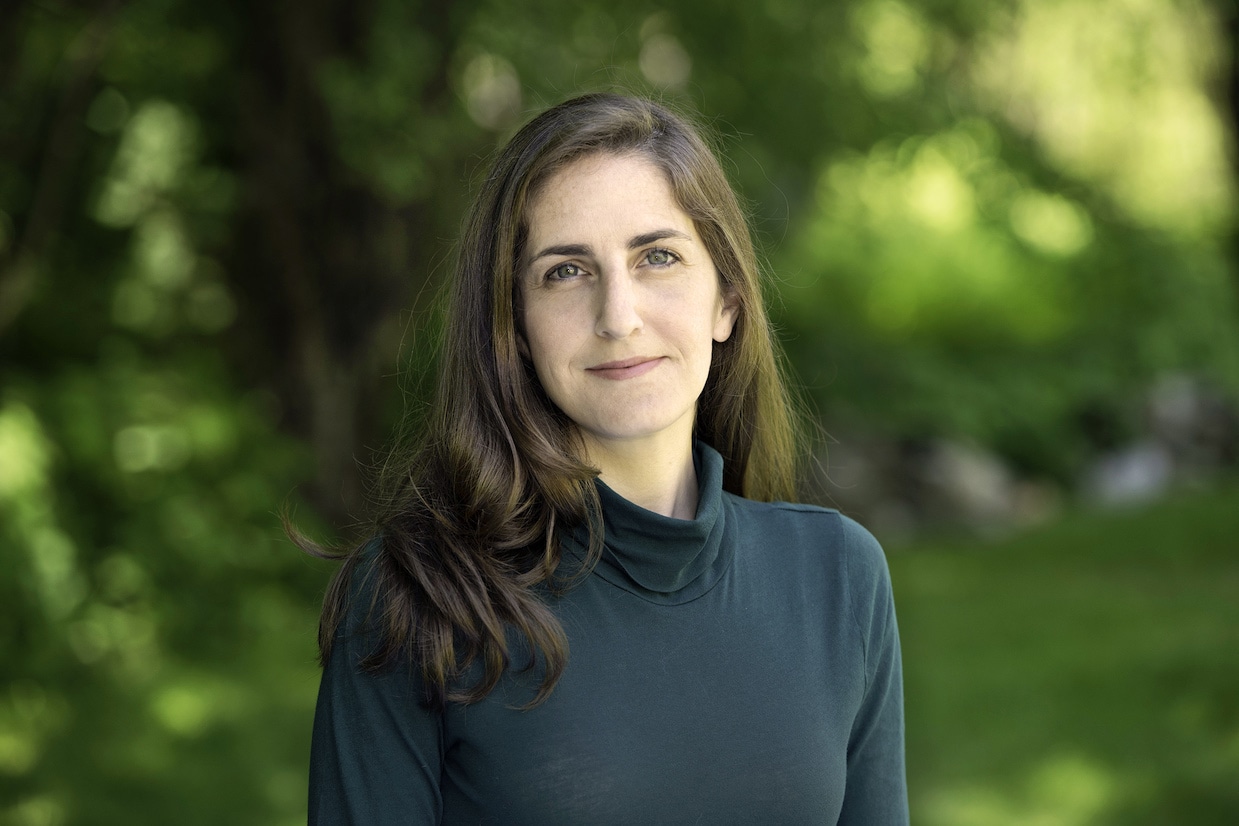 Sheffield — A pair of teachers in the Southern Berkshire Regional School District will return to the [virtual] classroom on Monday with a newly expanded worldview sure to benefit the largely rural district. Last year, Kari Giordano and Stephanie Graham were each awarded the Fulbright Distinguished Award in Teaching; they returned to the States — from Scotland in March and New Zealand in July, respectively — with big ideas gleaned in the field about place-based teaching and inquiry learning sure to augment the worldview of local students enrolled in their respective fine arts classes at Mount Everett Regional School.

“Opportunities to integrate place-based teaching into the broader curriculum are many,” Giordano shared in a blog post from Edinburgh, where she spent three months with her family in early 2020. Her Fulbright project was centered around “place-based art education and how utilizing such pedagogy can help alleviate challenges that rural schools face and some of the negative effects of urbanization.” While abroad, Giordano was able to visit schools to observe as well as to participate in community projects like the one she writes about here. When distilled, her experiences in the field hinged on connection: “Lessons within this approach combine attributes of collaboration, the utilization of teaching space outside of the classroom, and the empowerment of students as connected and engaged community change-makers. Successful place-based education not only teaches one about the area in which they live but establishes a relationship between student and community. This relationship is the catalyst for change needed in struggling rural communities.”

In short, it all boils down to bridging the gap, be it in Scotland or the Berkshires, where rural schools are facing declining enrollment. While abroad, Giordano did some work with the National Galleries and learned “a lot more about how we can bring our students into [similar] grand organizations [in the Berkshires].” In Scotland, students from extremely rural areas are serving as tour guides on behalf of the National Galleries of Scotland, the public body that controls the three national galleries of Scotland and two partner galleries, forming one of the National Collections of Scotland. In short, 12-year-old students are connecting with tourists — over an exhibit on dinosaur fossils found on the Isle of Skye, for instance — and delivering content to visitors that not only helps the national gallery but also “helps students to take ownership and not be separate [from the local history].” Giordano is quick to point out that with place-based learning, getting students outside of school is but “¼ of the battle … teaching them their place in the history of their location [is the real goal].” The resulting physical project of Giordano’s fellowship is a guide for place-based art education in rural communities, a topic of inquiry she arrived at in response to some of the challenges that “our district and community face due to our size and rurality.”

Graham chose New Zealand with a clear project goal: to learn about methods and practices of teachers and students who have effective inquiry learning experiences as either a sole or combined approach to education. “I purposefully identified principals who have designed their school model from a whole-school approach, using integrated inquiry learning, which relies on a structure that supports the bridging of skills and knowledge from multiple content areas and sources,” she explained. Her focus hinged on strategies that can be used with teachers and students “to strengthen rural schools, with the aim of deepening the opportunities for these students to engage in critical thinking and problem solving related to local and global issues.” While abroad, Graham was based in Wellington under the advisory of Victoria University; that said, the bulk of her research had her traveling to more remote areas of the country.

“I spent most of my time on the North Island, visiting ‘area’ schools which would be the equivalent of regional schools in Berkshire County, only smaller and much more rural,” Graham explained. As such, her project aligned with the Global Education Program at Mount Everett as opposed to fine arts (the department to which she belongs). Graham’s focus was on finding schools that utilized inquiry learning — akin to the independent study model in the United States — across the whole school in order to unify their respective rural districts. “I really got into learning about indigenous people [in New Zealand],” she shared, adding “I was really amazed with what they have done in creating a bi-cultural experience” for students in New Zealand schools (read more here). Back in the Berkshires, Graham wants to figure out how to incorporate the two — in what she calls a tangential process — by bringing more local indigenous studies into the curriculum. Her enthusiasm is evident when tossing around ideas for an interdisciplinary curriculum, one that combines social studies, science and the valuable resource that is the library. “It’s really hard to find people,” she said — citing the Stockbridge Munsee Tribe of Wisconsin, from whom she is waiting to hear back — so she relies on historical documents.

“Everything overlaps” is how Graham sees it. The disconnect often by teachers and students in the Berkshires “has to do with the structure of public schools,” she explained. A rural location like Sheffield can be 1.5 hours by bus from cultural destinations like MASS MoCA and the Clark, making it “really hard to arrange these experiences for kids when we have comprehensive programming on our campus.” Looking ahead, Graham would like to see a project day every two weeks — some sort of time built into the schedule that would allow for collaboration without taking students away from another subject. Her time in New Zealand illuminated “[the many ways] to get creative with the schedule and structure of our schools that would be beneficial to students.”

Giordano and Graham, originally from the Hudson Valley, have a combined 24 years of teaching in SBRSD. They are also sisters. Giordano began the application process, and Graham followed suit once she discovered they could apply to separate programs in separate countries. “It was a very far-fetched idea,” Graham explained in a recent phone interview in a nod to the chances of their both being granted awards, but she forged ahead once she realized “it wouldn’t be a competition.” Giordano worked on her application, due in January 2019, for about a year. “[The] process is lengthy, [and] many research for quite some time,” Graham explained. Once the pair passed the initial vetting process in Washington, D.C., they were moved along to their respective countries for further interviews. The applications were part of a lengthy process; they were alerted in April 2019 of their awards.

Prestige surrounding the eponymous Fulbright dates back to September 1945 when J. William Fulbright, the freshman senator from Arkansas, introduced a bill in the U.S. Congress that called for the use of proceeds from the sales of surplus war property to fund the “promotion of international good will through the exchange of students in the fields of education, culture and science.” One year later, President Harry S. Truman signed the Fulbright Act into law. Today, Fulbright is the most widely recognized and prestigious international exchange program in the world; it actively seeks out individuals of achievement and potential who represent the full diversity of their respective societies and selects nominees through open, merit-based competitions.

“It is important for schools to encourage teachers to [apply for these types of opportunities],” Giordano said, calling the process “a life-changing experience … not only being in Scotland and seeing how communities support their schools, but also being a graduate student again,” a sentiment with which Graham agrees. “The whole Fulbright mission speaks to the value of what a teacher can get out of this [type of] cultural exchange,” she said, citing that immersing oneself in another culture changes one’s worldview. “I would encourage any teacher to apply,” she said, adding, “I think we are always growing. And as a result of [my Fulbright experience], I am a better person and a better teacher.”