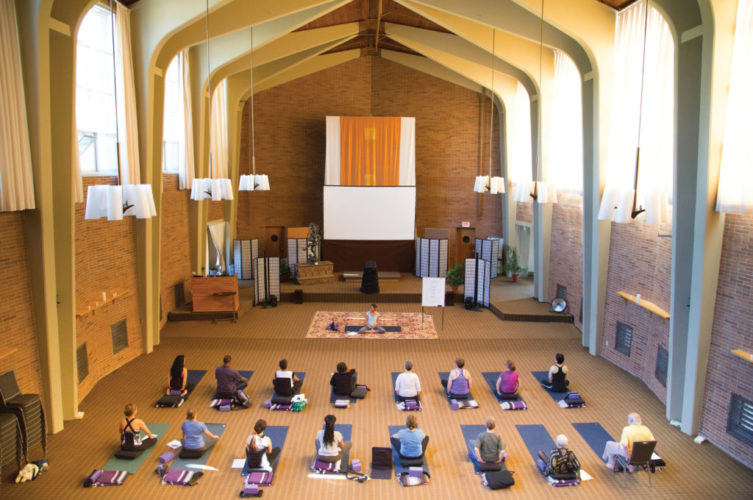 Yoga retreat Kripalu is among the many Berkshire County organizations that received loans from the federal Paycheck Protection Program. Photo courtesy Kripalu Center for Yoga & Health

Great Barrington — Interesting data have been released on the federal Paycheck Protection Program, a loan program that originated from the Coronavirus Aid, Relief, and Economic Security (CARES) Act.

The PPP was a $660 billion stimulus package that helped small businesses stay afloat during the COVID-19 pandemic. It was intended to provide small businesses with eight weeks of cash-flow assistance during the economic downturn through 100% federally guaranteed loans backed by the Small Business Administration.

The Pioneer Institute, a Boston-based free-market public-policy and research group, assembled the data from the SBA on its website. Click here to see the loan tracker, which can be sorted according to category and includes data from each county.

In Massachusetts, 18,177 small businesses received PPP loans, which the companies say allowed them to retain 738,613 jobs. To view recipients in Berkshire County, click on the tab that says “Recipients.” Then on the drop-down menu at top left that says “Choose A County,” select Berkshire, then wait a few seconds for the data to load.

A total of 310 Berkshire County businesses and nonprofit organizations received loans with an estimated 14,903 jobs saved. It is difficult to know how exactly much money was received in total because the SBA only reports the loans in ranges. In addition, the SBA only reported loans of at least $150,000. See below:

Recipients range from large organizations such as Kripalu and J.H. Maxymillian to much smaller businesses such as Windy Hill Farm and Patisserie Lenox. Leading the pack was Berkshire County Arc, a human services organization focusing on the developmentally disabled, which received between $5 million and $10 million and saved an estimated 500 jobs.

Nine businesses and organizations received between $2 million and $5 million, including health care organizations such as Community Health Programs, which is based in Great Barrington, the Austen Riggs Center; and the Brien Center.

Kripalu, which is based in Stockbridge and is the largest yoga retreat center in the nation, received between $2 million and $5 million from PPP and saved an estimated 489 jobs. In May, Kripalu announced that it was closing for the rest of the year and laying off roughly 457 individuals effective June 17.

In the $1 million to $2 million category are several private schools, construction companies, resorts and retail outlets. The $1 million to $2 million group also includes New England Newspapers, which owns the Berkshire Eagle. The Edge also received a loan from the PPP but it was not listed by the SBA because it was less than the $150,000 reporting threshold, publisher Marcie Setlow said. 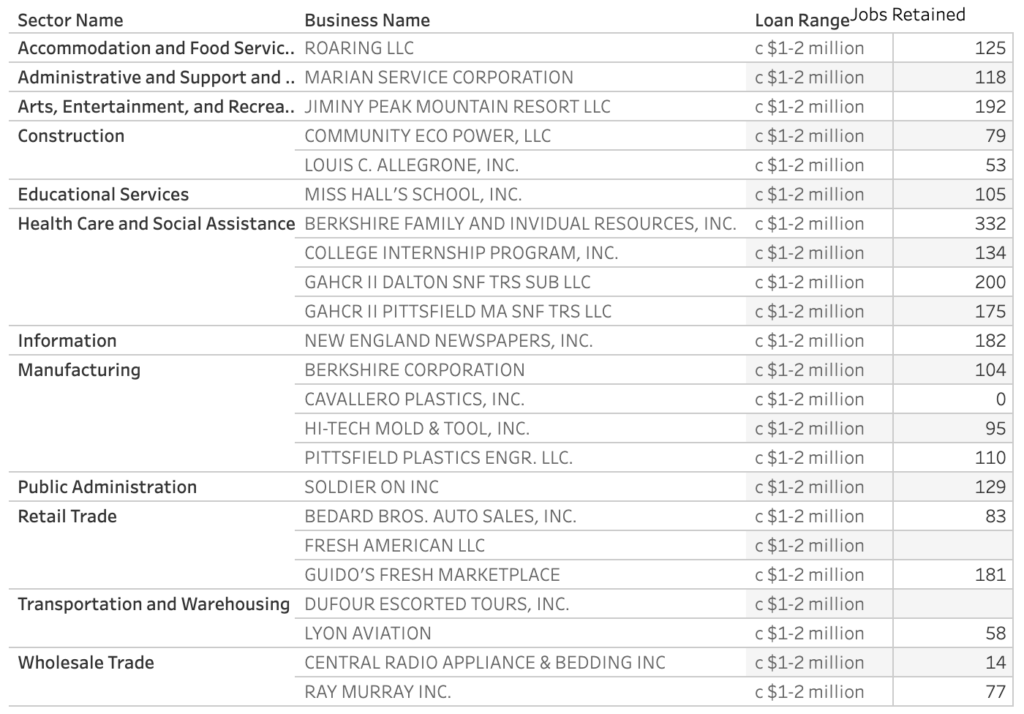 WCVB-TV has reported that thousands of Massachusetts companies obtained loans from the PPP without retaining jobs. The Boston-based Legal Sea Foods, for example, received between $5 million and $10 million from the program, but according to the SBA database, the company reported that it retained no jobs. Indeed, the company told state officials last week that it’s possible more than 1,200 additional workers could be laid off.

Lucas said the PPP was poorly designed and some companies that took loans did not need them, while still others received loans even though they were likely to go bankrupt anyway.