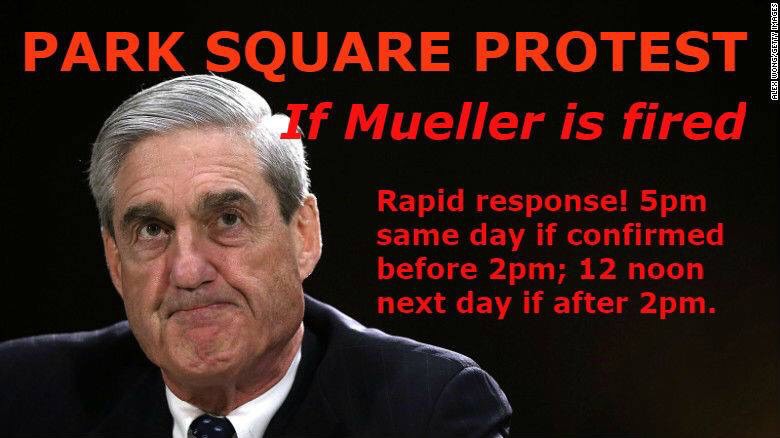 Berkshire County — The possibility that President Donald Trump might fire special prosecutor Robert Mueller has alarmed Berkshire County progressives and others who advocate for good government.

The Four Freedoms Coalition has signed up to host a rapid-response protest in case Mueller is fired. The protest will be at Park Square in Pittsfield. The rally is part of the “Nobody Is Above the Law — Mueller Firing Rapid Response” movement.

“Move On encourages larger regional protests to show strength in numbers so we hope Berkshire County folks from north to south will join us at Park Square to protest,” the coalition said in a news release.

Click here to RSVP for the event and to be notified about when it happens.

In May 2017, Mueller was appointed by Acting Attorney General Rod Rosenstein as special counsel overseeing an ongoing investigation into intervention by Russia in the 2016 U.S. presidential election.