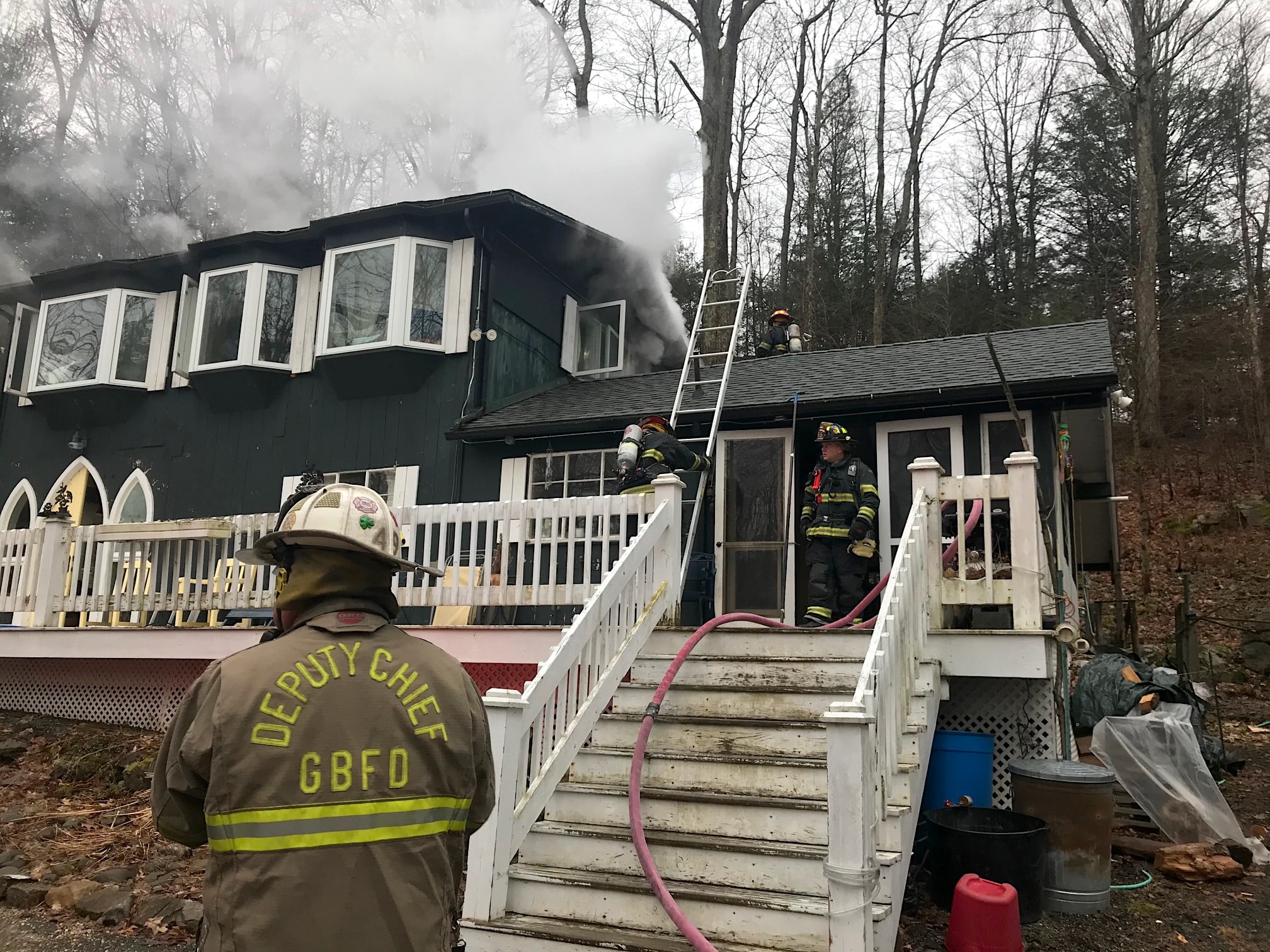 Firefighters at the scene March 30 on Brookside Road after the bulk of the fire had been knocked down. Photo courtesy Great Barrington Fire Department

Great Barrington fire Chief Charlie Burger said in a statement that his department received a call at 7:15 a.m. for a possible structure fire at 58 Brookside Road. The first fire units arrived on the scene in less than 10 minutes and found fire venting from the second floor of the single-family dwelling. The first alarm was requested with additional tankers because of limited water supply.

Burger said the fire originated in a first floor wall and spread to a second floor bedroom. It was quickly brought under control. Damage was limited to the kitchen and bedroom and estimated to be around $40,000.

The residents were evaluated by Southern Berkshire Ambulance for smoke inhalation but did not require treatment. There were no other injuries.

Burger did not identify the residents, but according to town records, the four-bedroom, two-bath colonial is owned by Patricia and Stanley Litow, who purchased the 17.3-acre property in 2014. The assessor’s office values the property, which sits across the street from Camp Eisner, at $709,500.

The cause was determined to be from old framing in contact with the fireplace chimney. The house and contents were uninsured. The three residents were able to make other lodging arrangements and were referred to the Red Cross for additional assistance, Burger said.

“I would like to express my sympathy to the owners and tenants who suffered losses today,” said Burger in his statement. “At this time, more than ever, it is difficult to go through such a tragedy. I am proud of our firefighters who did an excellent job of containing the fire and limited the damages.”