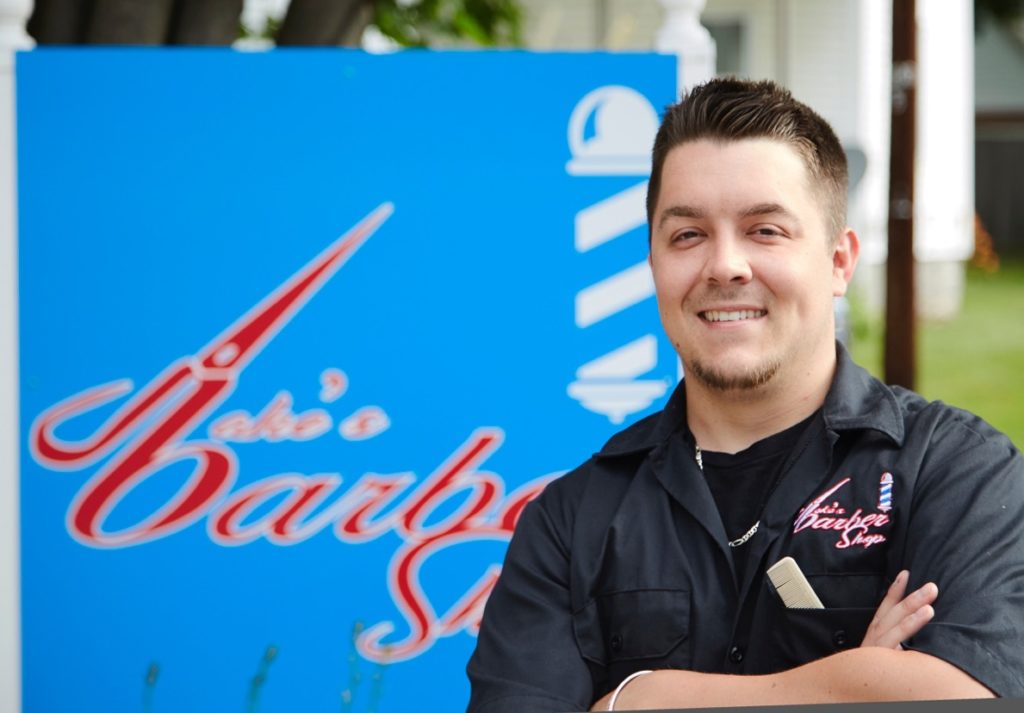 Reclining in a black leather armchair in the waiting area of his new barber shop at 87 Railroad St., Hunker looks both at ease and proud of the new business he has created. At 23, he has realized his dream: to run his own barber shop. But the road to get there wasn’t straightforward and success is anything but a guarantee. 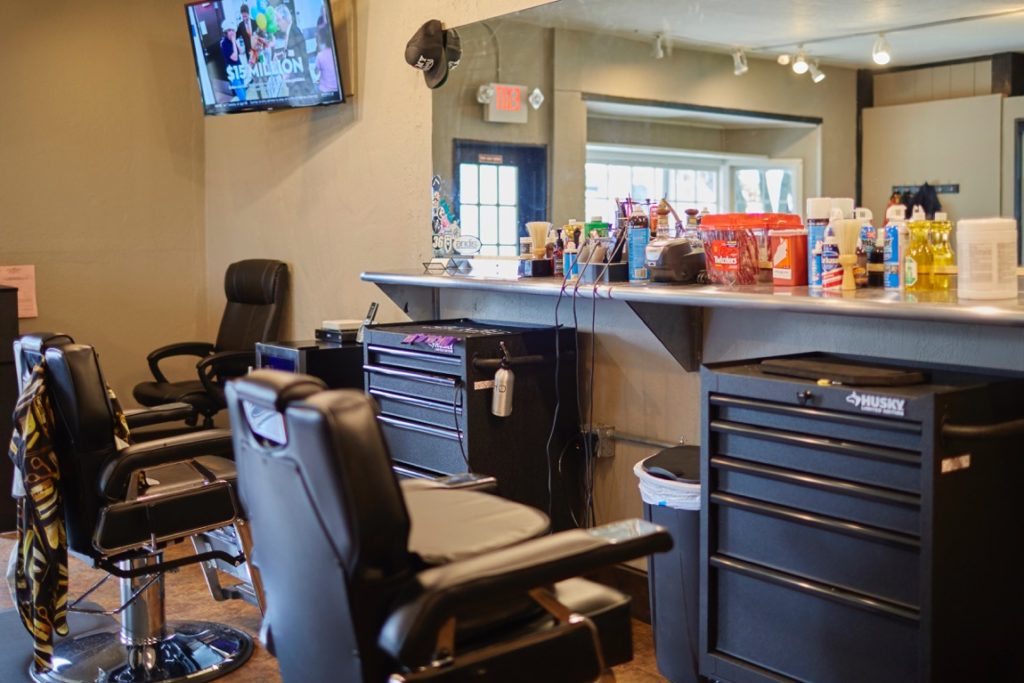 Hunker grew up locally and attended Mount Everett Regional School in Sheffield. When graduation rolled around, Hunker didn’t aspire to go off to college. “I was never that bookish,” he admitted, and my parents were very supportive.

“I wanted to work with my hands; I wanted to create something” he said. “As a kid I always loved going to the barber shop. It was just a fun place to hang out before my basketball games.” Hunker went to Sim’s and was told by a barber who knew him well that he should try his hand at cutting hair and go to barber school. He was 17 at the time.

After nine months of training, Hunker graduated from the Hero Barber Academy in Newtown, Connecticut. As a licensed master barber, he took his talents on the road, traveling the country to cut hair at events like the X Games and the Lime Rock Park auto racetrack.

Later that year he joined Sim’s Barber Shop, formerly on Main Street in Great Barrington. He worked at Sim’s for six years, until a few months ago when the owners abruptly closed their Great Barrington location and moved to Nashville, Tennessee.

“It was very shocking; I wasn’t sure what I was going to do,” Hunker said. “But I knew I wanted to run my own shop with my rules. While I’m grateful for my time at Sim’s, there were plenty of things I wanted to do differently.” A few months later, Jake’s Barber Shop was born in the former home of the Music Store at the corner of Railroad and Elm streets. 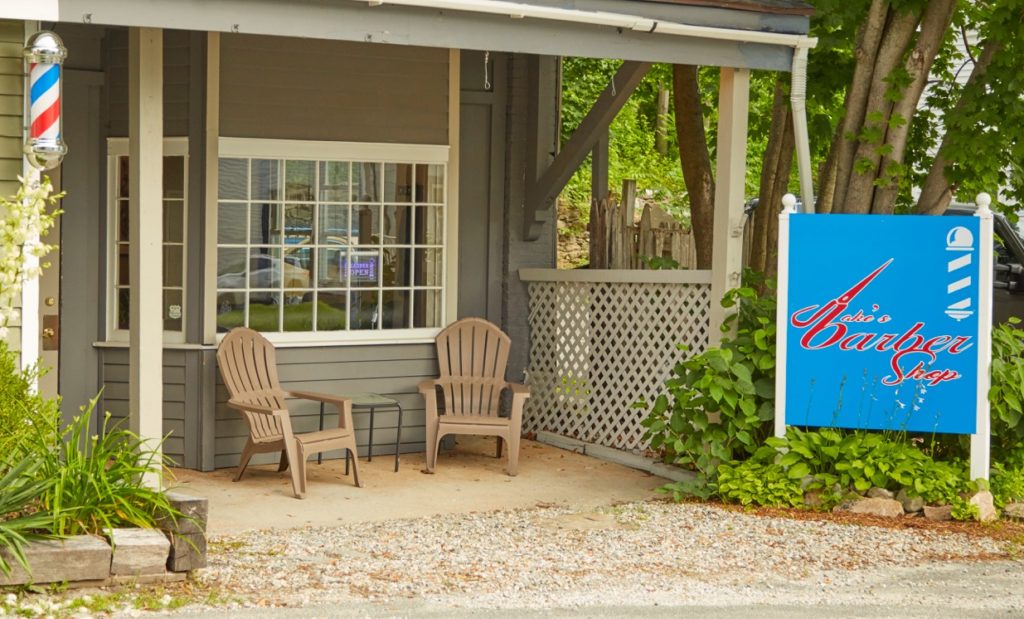 For the time being, Hunker is a one-man business, but his shop is equipped with two chairs and sinks and he hopes to find someone qualified to cut hair alongside him. “It’s actually more difficult than you would think to find someone who is both interested and has the talents to work here,” he noted.

When customers set foot in Jake’s Barber Shop, they are greeted by a spacious waiting room complete with a leather couch and chairs surrounding a coffee table filled with publications from People magazine to the New Yorker.

“The goal was to make this place feel as comfortable as possible,” Hunker explained. “It’s bad enough for a customer to have to wait 10 or 20 minutes for a haircut; they should feel like this is a welcoming place to hang out.”

At $22 for a haircut, $15 for a buzz cut and $20 for a shave, Hunker’s prices are comparable with his competitors. He said that “every day I get ideas for how to change and make this place better,” but before expanding his three-month-old business, he must set himself apart from the other haircut salons in town. The way Hunker sees it, he can “give the customer the best service possible and they will feel more comfortable in my shop.”

So far business had been decent. “The only way people find out about me is through word of mouth” he said, “but I’m building up a solid base of returning customers.”

Gazing around his business like a kid in a candy shop, it was clear Hunker had accomplished one thing: Both he and I felt very at home in the new space.