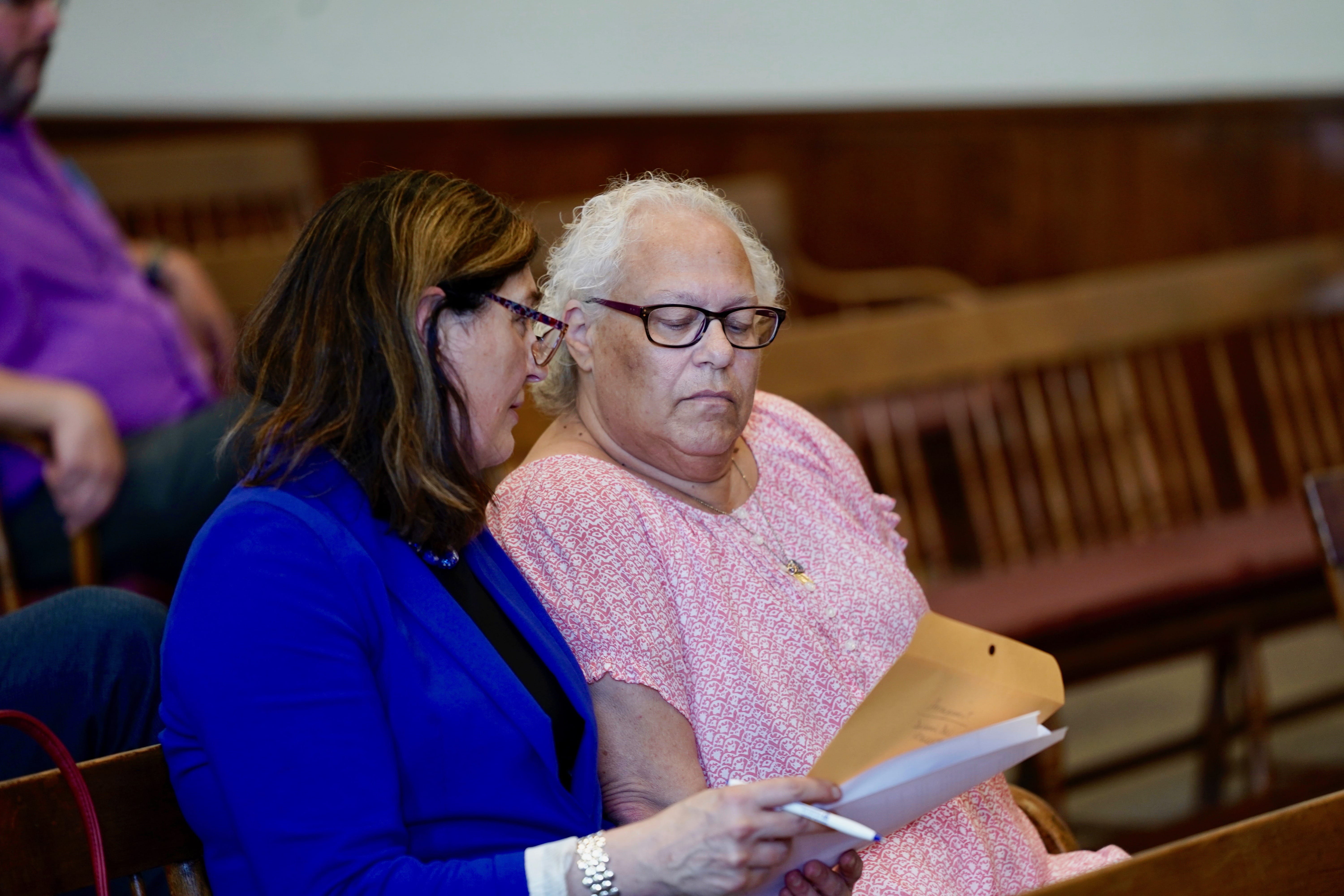 In a brief arraignment before Judge Karen L. Goodwin, Ball pleaded not guilty through her attorney Judith Knight. A pretrial hearing was set for Jan. 8. Meanwhile, Ball remains free on bail, which Goodwin said could be revoked if she is charged with another crime.

Berkshire District Attorney Andrea Harrington obtained an indictment from a grand jury on July 31 charging Ball with committing the felonies over three years, and possibly longer.

In a news conference after the arraignment outside the entrance to the court, Harrington characterized the audit as “pretty extensive,” said it was conducted in 2018 and added that investigators looked as far back as 2012.

See video below of a news conference held by Berkshire District Attorney Andrea Harrington outside the entrance to Superior Court in Pittsfield:

Harrington said it does not appear that anyone else was involved in the scheme and that the amount stolen could rise.

“They are alleging at this point that the amount is over $100,000 but there could potentially be additional amounts that are discovered,” Harrington said.

Asked for additional details, Harrington replied: “We’re not going to get into a lot of the specifics of the details but we believe that Ms. Ball acted alone and she used her position with the town as a tax collector and violated her fiduciary duties and violated the public trust, which is why we take this case very seriously.”

In a news release distributed after the press conference, Harrington said evidence presented to the grand jury showed Ball stole in excess of $100,000 through a “fraudulent Ponzi scheme committed in the tax collector’s office.”

Auditors determined that Ball embezzled real estate and excise taxes that residents and business owners paid in cash to the town of Great Barrington and tried to cover up the losses by applying portions of check payments made by other taxpayers. Work on the final audit report continues, she said.

Detectives with the Berkshire State Police Unit attached to the DA’s Office led a criminal investigation into the matter with assistance from the Great Barrington Police Department.

Ball worked for the town of Great Barrington for nearly 35 years. The town placed her on paid administrative leave on February 21, and she was fired on March 15.

Great Barrington Town Manager Mark Pruhenski said in a statement that “the Town of Great Barrington will continue to work closely with our auditors and state and local authorities until this matter is resolved.

“The town has implemented proper controls to prevent this type of incident from happening again in the future. Regarding the current incident, the town is bonded and insured for losses such as this.”

Harrington told reporters she has not yet received any information on what Ball spent the money on. The case reunites two former political adversaries. Ball’s attorney, Judith Knight, ran against Harrington for the Democratic nomination for DA last year and lost.

Ball’s husband Michael, retired earlier this year as head custodian after working for the town of Great Barrington for more than 30 years. In that position, he was often in charge of cleaning and maintaining public buildings, such as Town Hall and the police department.