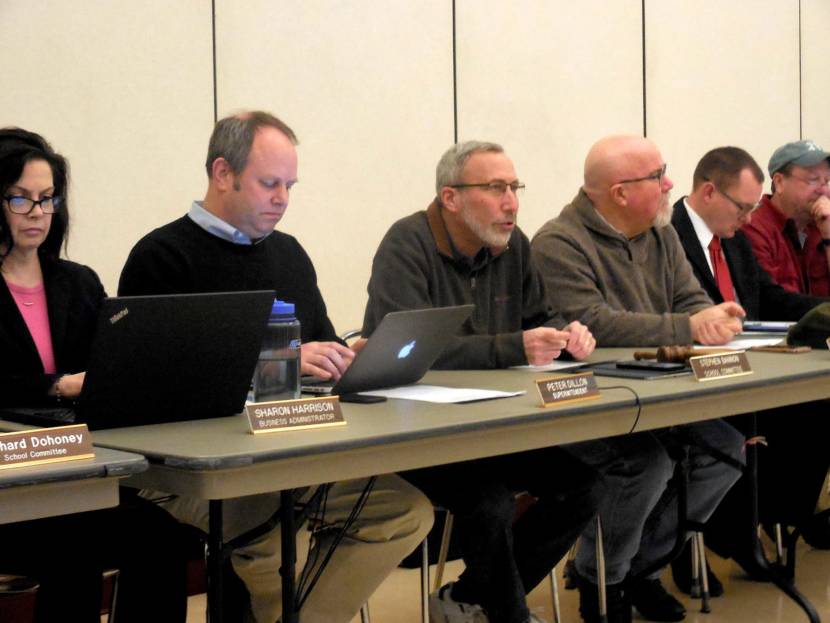 Great Barrington — For the first time in a while, the Berkshire Hills Regional School District’s proposed budget is largely controversy-free.

The rate of increase is, by most accounts, reasonable and Great Barrington isn’t getting socked by a steep rise in its share of funding the district’s operations. Furthermore, there were no proposed programmatic cuts, which probably explained why only half a dozen or so members of the public attended Thursday’s public hearing for the budget at Monument Valley Regional Middle School. Only two of them spoke.

Best of all for Great Barrington taxpayers, the town’s rise in its share of the budget is actually lower than the rate of the budget increase itself. That hasn’t happened in quite awhile. This time it is West Stockbridge getting hit with a large increase. See below: 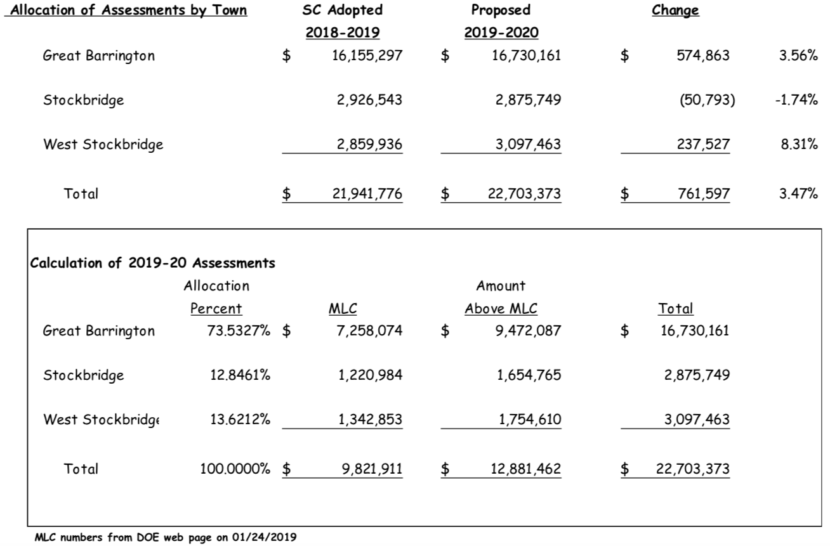 Ironically, it will actually cost a lot of money to keep the overall increases down. In order to limit the operating budget increase to 4.21 percent, the school committee had to spend $840,000 from a reserve fund known as excess and deficiency. That will leave about $500,000 in E&D.

Committee Chairman Steve Bannon said the finance subcommittee did not recommend spending more from E&D and the only way to achieve further savings would be through cuts in programming, which typically means the elimination of staff positions.

“The reason I say 3 percent is my goal is looking long-term … towards the future when we have to do something with the school up on the hill,” Gibbons said, referring to ongoing attempts to rebuild the high school.

Gibbons is a member of Monument Next Steps, the panel that will present a plan to the school committee this spring for the rebuilding of the aging high school.

Superintendent Peter Dillon also reminded Gibbons that bonds issued for the $29 million construction of the regional elementary schools are scheduled to be paid off in 2023. So if the debt for the two schools is retired at about the same time that the new debt is assumed for the Monument project, it would blunt the effect of the tax increases necessary to finance it.

See video of the discussion at Thursday’s budget hearing:

Stockbridge Finance Committee Chairman Jay Bikofsky thanked the school committee “for all your efforts, for your diligence and your dedication to the education of our children.”

School committee members all praised the budgeting process, led by the finance subcommittee, and its improvement over the years.

“I think it’s a good budget,” said Rich Dohoney of Great Barrington, who chairs the subcommittee. “The preparation and presentation from the administration is literally becoming a model for other places.”

The school committee will formally vote to approve the budget Thursday, March 7, at 7 p.m. at Monument Valley Regional Middle School.