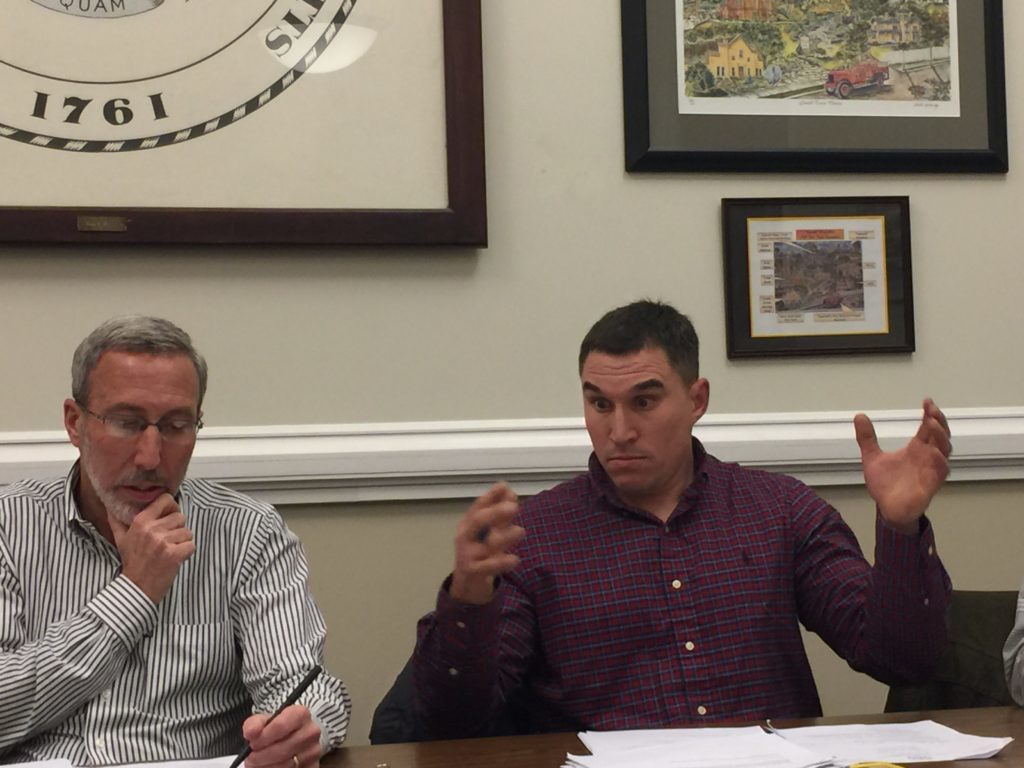 Heather Bellow
Steve Bannon and Dan Bailly at a Great barrington Selectboard meeting in December 2016, debating the necessity of having a special town meeting to decide whether to revise the Berkshire Hills Regional School District agreement.

For many Great Barrington voters, a tough decision for selectboard awaits

Great Barrington — Another lively election season is taking shape in Great Barrington and it could alter the composition of two of the town’s most important panels: to wit, a three-way race for selectboard that features three popular candidates.

Great Barrington native Steve Bannon was elected to his first three-year term on the selectboard (then called the board of selectmen) in 2010 and has been re-elected twice. He had served as vice chair since 2015 until last year when he was appointed chair. 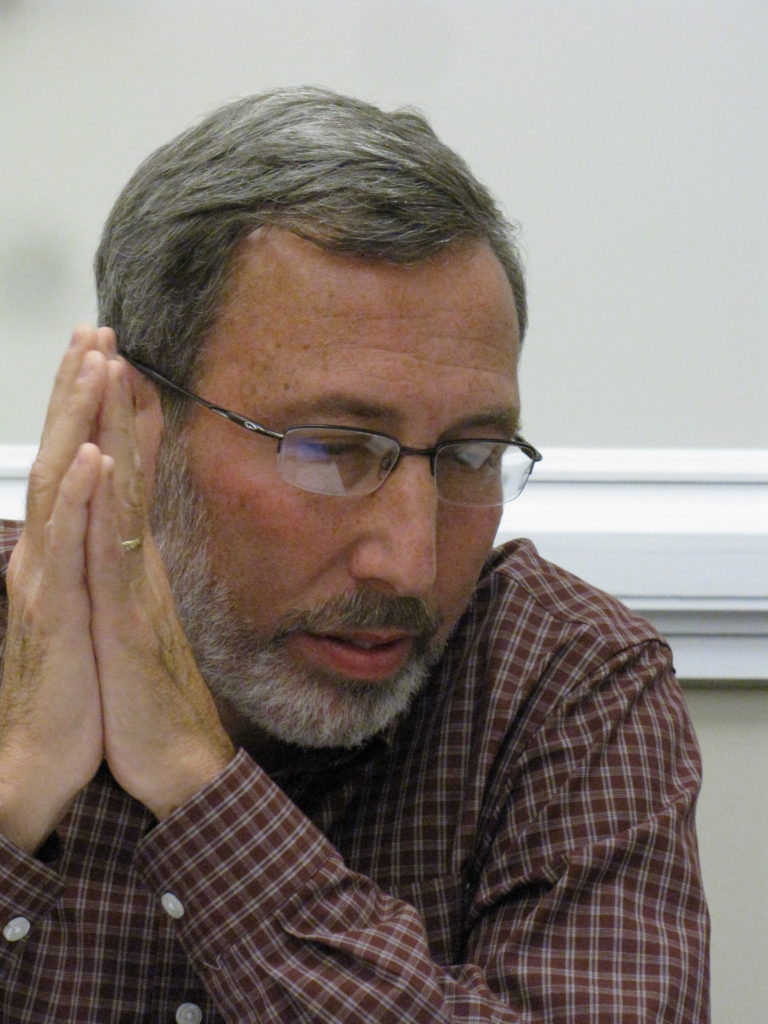 Bannon wears way more than one hat: Since 1997 he has been a Great Barrington member of the Berkshire Hills Regional School Committee, and has chaired it since 1999. He also sits on lesser town boards and has been active in nonprofit organizations such as the Great Barrington Rotary. Click here to see the full list.

Asked to list his accomplishments over his last term, Bannon pointed to budgeting and economic development.

“I think the town’s economy is improving and this year’s budget is a very good one,” Bannon said in an interview. “The tax increase is minimal, in part because of new growth. But this is sustained growth, not sprawl.”

Like other public officials and business owners in town, Bannon is concerned about the Stockbridge Road commercial corridor north of downtown, where there are several empty storefronts.

“That’s why I’ve talked to the planning board about changing zoning there to allow more housing by-right,” Bannon said. “I would love to see more diverse stores in that area.” Click here to see an Edge story from February about Stockbridge Road and proposed zoning strategies that officials say would help that corridor.

Bannon would like to see a focus on affordable and workforce housing in his next term. He said he is pleased that a recent proposal by the Community Development Corporation of South Berkshire has finally been given the green light. The project will build 45 new affordable rental units at the controversial 100 Bridge Street site.

Bannon, who will turn 61 next month, works as a pharmacist at Fairview Hospital. He and his father, Bill Bannon, owned and operated Bill’s Pharmacy on Main Street for more than 40 years until it was sold to CVS in 2008.

CDC also plans to develop 910 Main Street into 40 affordable and nine market-rate rental units. Bannon further noted that the town is forming an economic development committee that will suggest strategies to improve Great Barrington’s image as a commercial center. 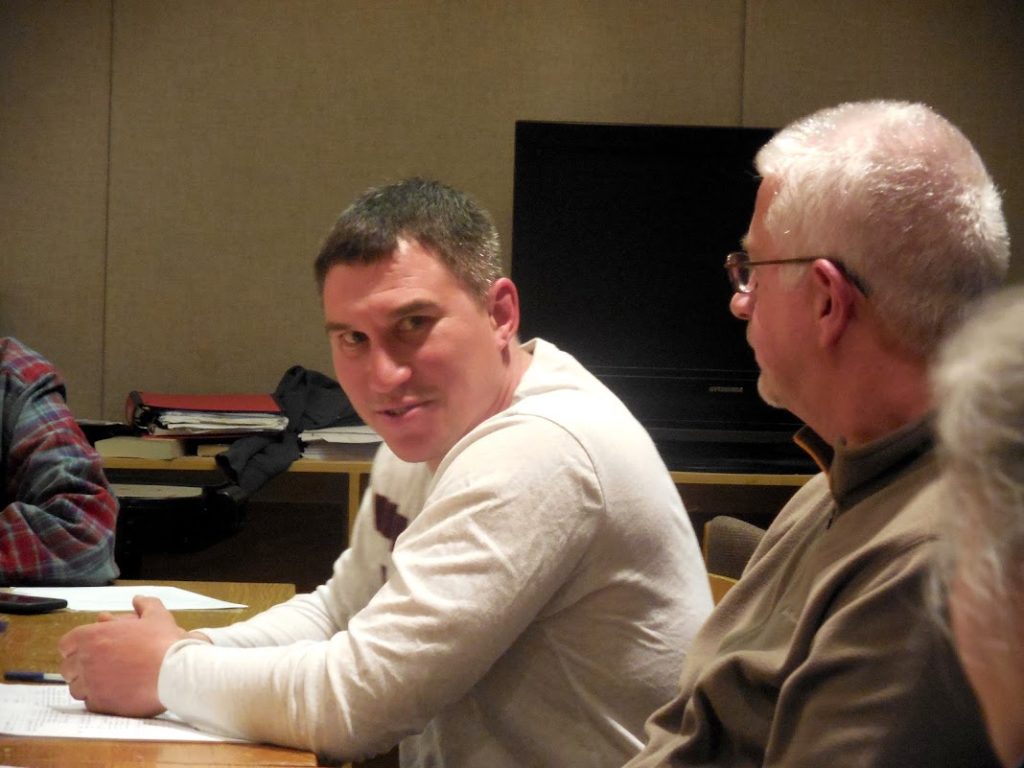 Dan Bailly is running for a third term on the selectboard. He is a contractor and carpenter. Moreover, unlike the four other members of the board, he lives in the Housatonic section of the town.

Some residents of the village where the town’s empty mills are mostly idle say they feel neglected by town government. The former Housatonic School is also unoccupied, though there is an as-yet-unfunded proposal to revive it. Some residents have openly complained of being second-class citizens.

“My biggest reason I ran six years ago was to give a voice to people who didn’t have a voice,” Bailly said in an interview. “It’s important to me to be the voice for the underdog.”

In 2010, the aforementioned CDC submitted a fully fleshed mixed-use plan that included 11 units of affordable housing as well as commercial space, including space for nonprofits and even a satellite office for police, but former town manager Kevin O’Donnell pulled the plug without explanation.

“I’m trying to remain cautiously optimistic about what’s going on,” Bailly said of the current mixed-use proposal for reuse of the school by Grayhouse Partners.

Bailly has been most active in being an advocate for the town in the Berkshire Hills Regional School District. He was a member of the Regional Agreement Amendment Committee, which crafted a proposal to change the way capital projects in the district are funded in order to be less burdensome to Great Barrington taxpayers. That proposal passed in all three member towns.

Bailly has also been a member of Monument Next Steps, the panel charged with making a recommendation to the school committee about how to fix the district’s ailing high school. Bailly voted against the two earlier failed attempts but has been front and center in the current effort, arguing successfully that a new or renovated school should be built to accommodate Monument Mountain Regional High School’s growing Career/Vocational Technical Education program.

“The key is the educational components and CVTE,” Bailly explained. “There’s this energy on the committee. There’s a lot of people like me in the trades out there who vote.”

As for whether he thinks the “Housie seat” on the selectboard should be preserved, Bailly replied, “When I go down to Aberdale’s, that’s what they talk to me about. They know I grew up here. Housatonic does have its own unique issues within the bigger issues. I think it’s important to have someone who knows the village and can be in touch with those people.”

In a third term, Bailly would like to see a “big push at economic development and … an emphasis on infrastructure” and broadband.

“I’m looking forward to having the opportunity to continue to serve the people in Great Barrington,” he added.

Bailly, 44, is divorced and has one school-aged son. He’s been a carpenter for 22 years, is a 1993 Monument graduate and holds a B.S. in historic preservation from Roger Williams University. 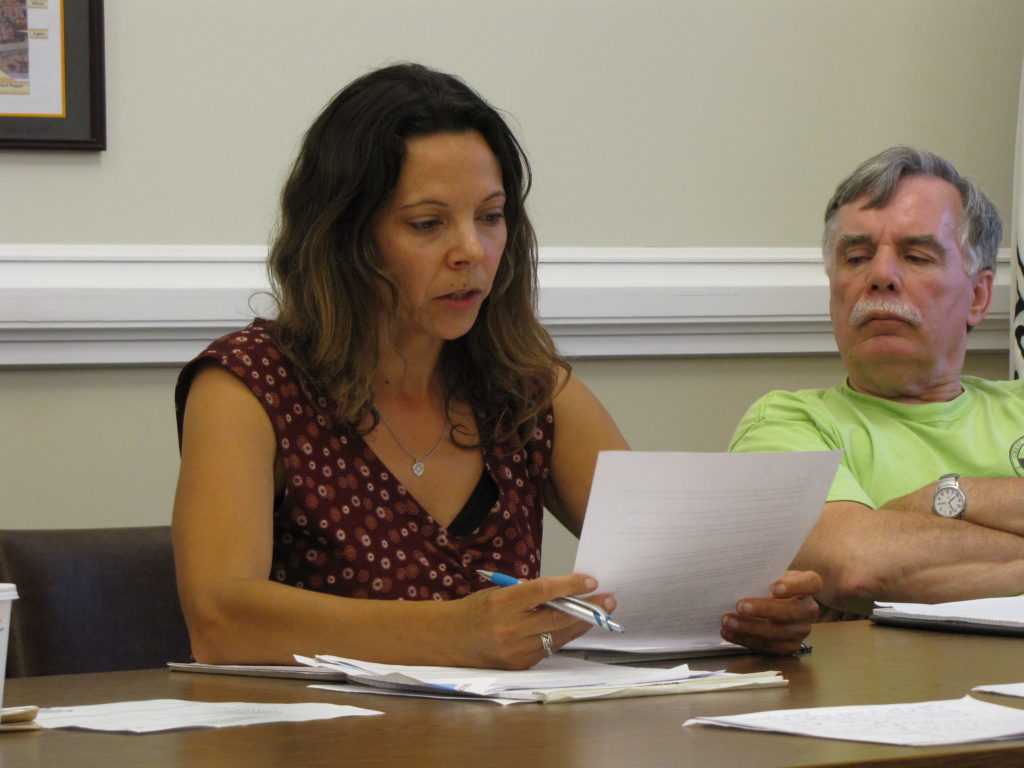 n this file photo Leigh Davis attends a meeting as a member of the Great Barrington Finance Committee. To her left is fellow Finance Committee member Walter F. ‘Buddy’ Atwood III, who is now seeking to regain his seat on the committee. Photo: David Scribner

The third candidate for selectboard is former finance committee member Leigh Davis. Click here to read an Edge story from when Davis announced her candidacy earlier this month.

In a follow-up message to The Edge, Davis said she would like to be a consensus builder and focus on “what unites us as a community—our shared values, our shared goals—rather than what divides us. Less divisiveness and more cohesion. Our strength is our community.”

A graduate of Ithaca College and the National University of Ireland in Galway, Davis has had a long career in film and marketing. Click here to see her LinkedIn page.

So there you have it. Three candidates are running at-large for two available seats on the selectboard. Each is a proven vote-getter. Voters must pick two. Many of them will have a tough decision to make.

“I have no idea how this election will turn out,” Bannon said. “I put signs up this weekend. I asked some people to put up signs and they said no. They liked everybody.” 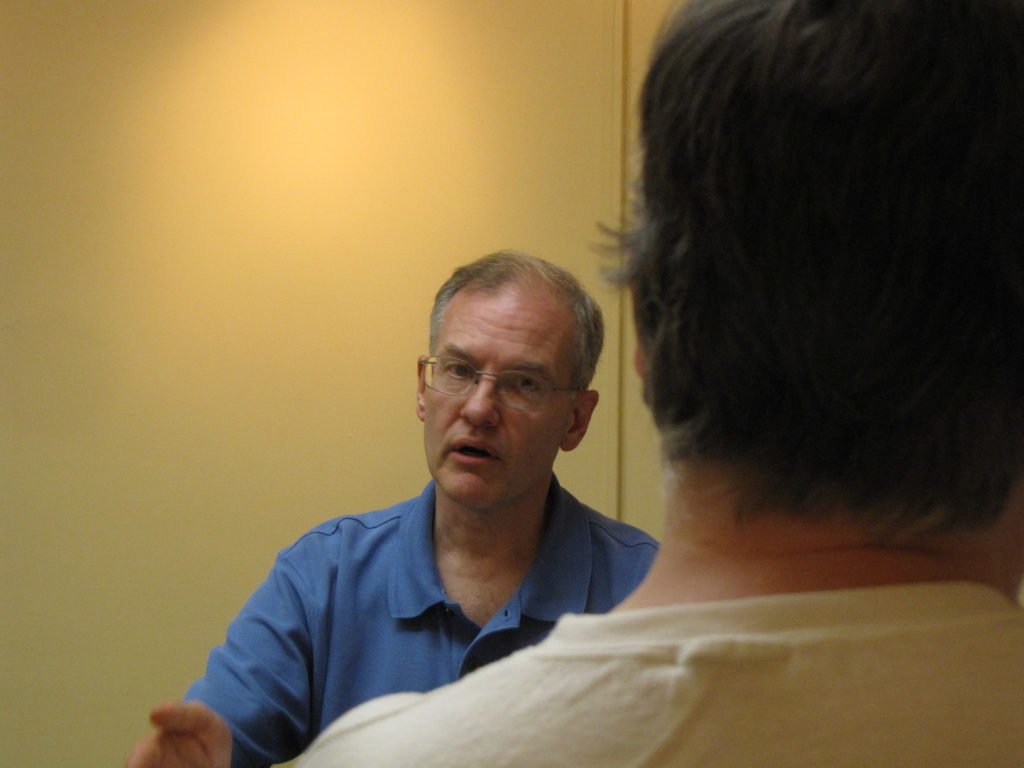 In other contested elections for town panels, incumbent finance committee Chair Tom Blauvelt is running for re-election but fellow member Janet Lee is not. Lee’s husband, Tim, is now principal of Muddy Brook Regional Elementary School, so she perceived a possible conflict of interest since the finance committee scrutinizes the budget of the Berkshire Hills Regional School District.

At the housing authority, only one member is up for re-election: incumbent Chair Karen Smith. She is being challenged by Eileen Mooney, publisher of the NEWSletter, a monthly publication containing news of the Great Barrington government.

The NEWSletter, along with the Democratic and Republican town committees, will also sponsor a public forum for all candidates, opposed and unopposed, on Wednesday, May 1 at 6:30 p.m. at the Claire Teague Senior Center.

The election takes place on May 14. Click here to see a specimen ballot.