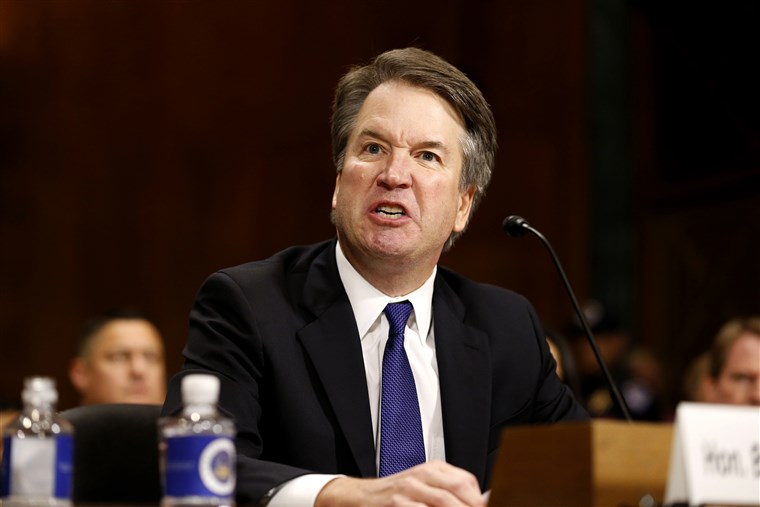 On Thursday I heard Brett Kavanaugh’s cry, “I will never quit,” as that of a wounded man, a manly man who will never give up, no matter how badly or unfairly he is treated by his enemies. He is proclaiming his power, his perseverance and his certainty that he is in the right. This undoubtedly appealed to other manly men, many of whom lauded his strong emotions and his defiance. But in my opinion, this statement both explains and disqualifies Judge Kavanaugh.

“I will never quit” is based on two premises: there are no possible circumstances that are more important than my not quitting; and this is about me.

Sometimes people with strong arguments in their favor do quit, not because they are wrong, but because they consider the effects of the battle on others.  Take marriage, for example. Who of us, maybe especially women, haven’t backed off an argument because the relationship was more important than poking holes in a spouse’s reason for forgetting to do what he promised to do and forgot?

“I will never quit” in the current fraught context is an abrogation of judicial responsibility to consider evidence, and admits no past or future information that might make him change his mind. Unlike a judicial opinion, this conclusion rests on no reasoned logic, but rather an unsubstantiated litany of democratic villainy. As we consider Kavanaugh’s fitness for the Supreme Court, I believe that we cannot avoid considering whether, when under pressure, he could impartially apply the rules of reason, logic and evidence to his conclusions, or refrain from seeking revenge on his perceived enemies.

The second premise of the statement, “I will never quit” is that it’s all about him.  Judge Kavanaugh sees himself as in a war where the warrior must prevail.  But this discourse is not just about Brett Kavanaugh. It’s also about the institutions of our government and our trust in the rule of law. Furthermore, in this case, I know as a psychologist and as a survivor of sexual assault, it involves the ramifications of personal trauma on a whole community, a large subset of the population of our nation.

The signature attributes of justice are the blindfold and the scale, signifying that all persons and arguments are equally considered under the law. The blindfold is more about sight than about blindness. It’s about the necessity to consider all points of view, even when they may differ from ones own. This requires the ability to step outside one’s own perspective and experience and to consider and weigh those of others, free of prejudice. Judge Kavanaugh’s “I will never quit” cry suggests that he is incapable of considering a higher purpose than realizing his ambition and winning his war.

A person’s moral character is revealed at those moments in life when one’s own needs and desires conflict with the needs and desires of others, and how one chooses one’s course of action. This can be expressed in small ways, as when a young person gives up his or her subway seat for me, an older woman; or in great ways as when John McCain refused to be freed from a prisoner-of-war camp in Hanoi until his fellow prisoners were released. Brett Kavanaugh now has an opportunity to reveal his moral core. Can he put the needs of others before himself? Can he withdraw to spare the country further agony over his nomination, whatever its merits or flaws?

If Judge Kavanaugh is confirmed to the Supreme Court, he will have a lifetime seat. But over his gown, he will wear a cloak of doubt about his character and his moral compass. Only by recognizing a greater purpose than himself can he realize some prospect of redemption. For his own good, and for the country, he should withdraw.