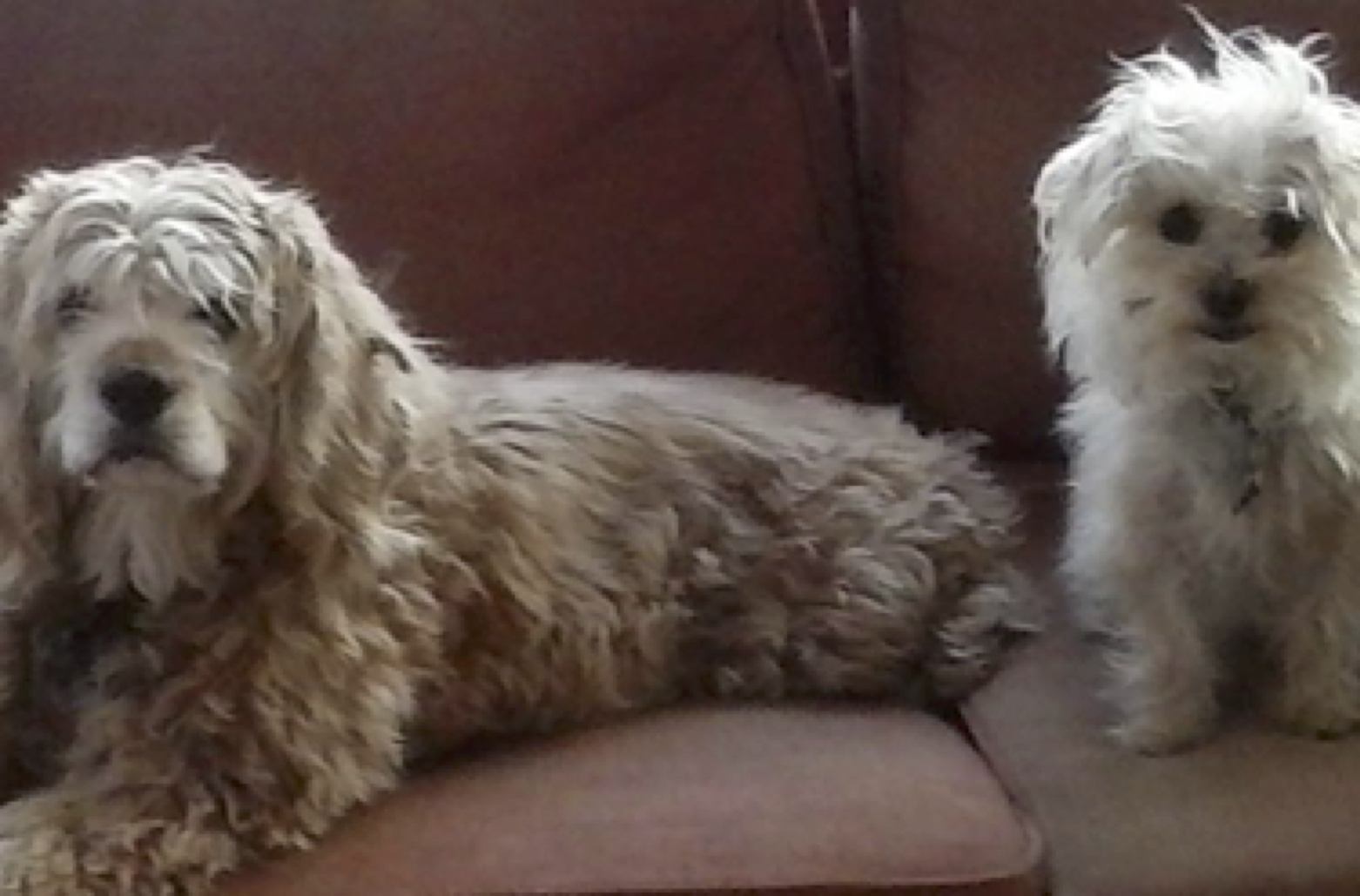 So we have a new neighbor. Seems to be a good guy – keeps to himself and is a small business owner (roofing), an extremely hard worker, and – please know that in no way do I mean this pejoratively – a roughneck. An extremely hardworking roughneck with a proprietary interest in the success of your roofing project is pretty much everything you would want in a roofer.

Every morning, my routine is to wake up at around 6:30 a.m. with my dogs, Tony the Cocker Spaniel and Max the Morkie (a pint-sized Maltese/Yorkshire Terrier mix apparently bred to enhance the characteristic small dogs traits of emotional combustibility and incontinence). We share a few minutes of morning joy and writhing and wrassling, and then I let them out in the yard, where I monitor their movements and make sure they don’t slip through gaps in the fence.

About a week ago, I opened the back door, and the dogs tore off howling toward my new neighbor’s yard with even more vehemence than they show when pursuing the hypothetical squirrels in our backyard, which don’t actually exist but that still manage to consistently outwit them. This time, however, they actually did see something, and it was a lot bigger than a squirrel. It was the roofer’s dog, an enormous brindle-haired mongrel — part pitbull and part boxer, I’m guessing. Within seconds, my dogs and this monster were nose to nose, with the 8-pound Morkie furiously probing the fence for a hole to squeeze through so he could get into the adjacent yard and kill the big dog.

Then I heard my neighbor yell, “Satan! Satan, come HERE!” By now, Satan was trying to jump over the fence, and he just might have had my neighbor not tackled him. My neighbor grumbled “good morning,” and hauled Satan to his back porch and put him on a lead, but then a second huge dog started barking, a female whose name I didn’t catch, but who I’m calling the Bride of Satan. By then, all the other neighbors’ dogs (about ten of them, I’d say) were barking and my morons were still going nuts, and I couldn’t get at them because they were in the hedges and so I was running in back of them yelling “Cookie! Cookie! Tony! Maxie! Cookie!”, while they ignored me and my new neighbor, who had just tackled Satan and commanded the obedience of Satan’s bride, was sizing me up, correctly, as a hapless schlemiel (although the term I suspect he was using was “a fucking idiot”).

In the days since, what had once been an indifferent to moderately unpleasant early morning routine has turned into a stressful border skirmish between Satan and the Bride of Satan and my imbecile fluff buckets. It’s been rough and I don’t know where it’s going, but I suspect the way it ends will not be unlike the scene from the “Coasts” episode of The Blue Planet with the orca tossing the baby sea lion in the air.

But that’s not why I write. I just want people to have a look at the picture above and know that all my dogs do when they aren’t sleeping is position themselves like that in my field of vision, and look at me. Just like that. If I move, they follow, move into my new field of vision, and look at me. They don’t do this to anyone else, just me. This is what I see, every time I raise my eyes – both of them looking at me, looking at me. This is my life.

I feel my grip on things slipping, generally speaking. Having Satan and the Mrs. lurking in the next yard over has not helped.