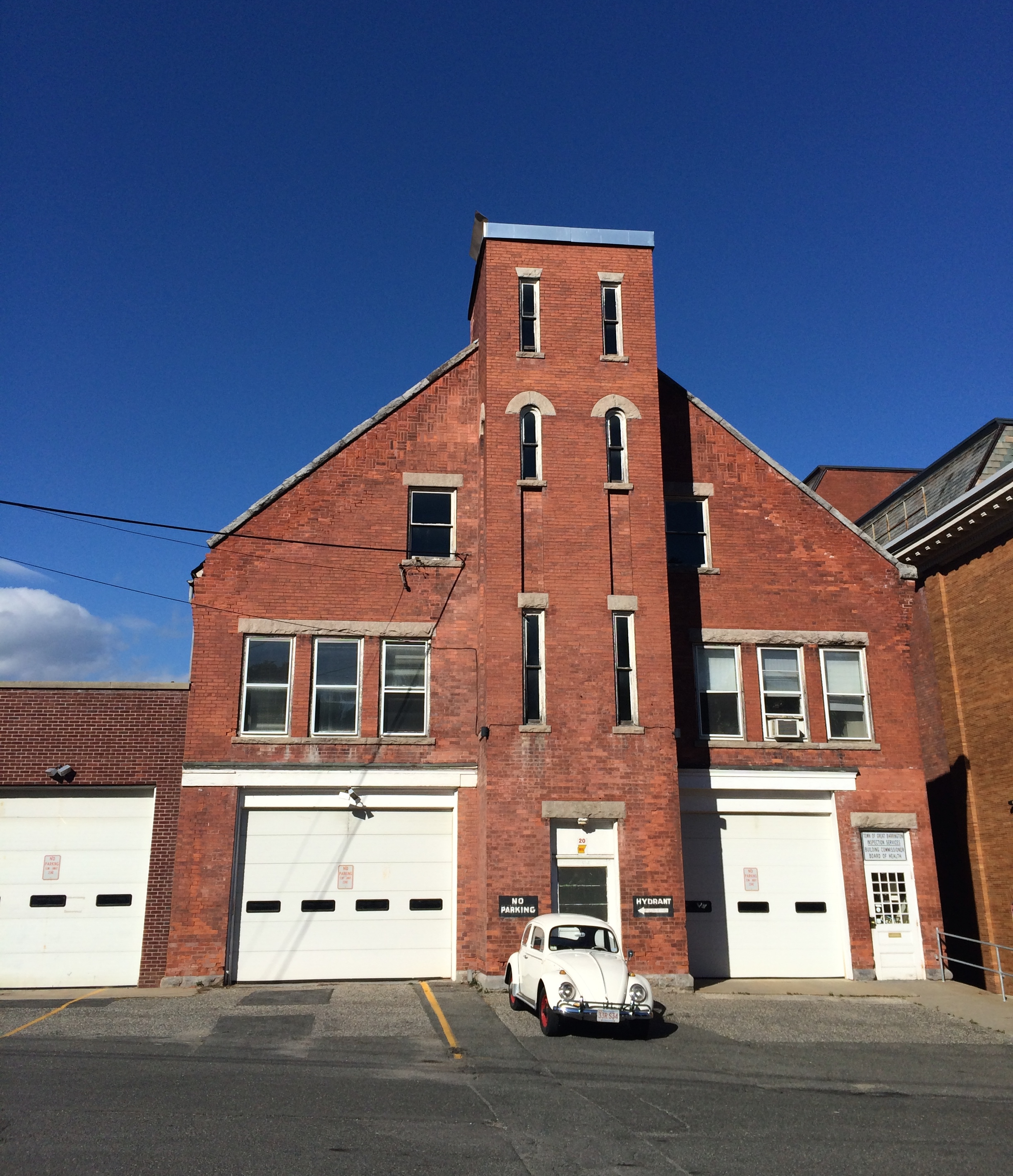 Correction: 20 Castle LLC is currently paying property taxes to the town. The Edge incorrectly stated that there was a three year waiting period before any taxes were to be paid.

Great Barrington — The Chef’s Shop owner Rob Navarino was standing in the alley between Castle and Railroad Streets, talking to a frustrated truck driver who, because of several “sinkholes,” couldn’t back into the alley to make Navarino’s delivery.

The driver had to go around and unload on Railroad Street, where parked cars on both sides make the passage even narrower. Navarino says it’s worse in winter, when snow banks pile up on Railroad Street and in the back alley. The town, which in 2014 sold the alleyway along with the Castle Street Firehouse next to it, only clears town property, he added.

Navarino says he and other merchants have no recourse now that firehouse owner Thomas Borshoff, a Rochester, New York-based developer, has no incentive to fix the mess.

The Edge learned Friday that the lack of maintenance and the apparent stall-out of renovations to the firehouse have prompted at least two local developers to ask Borshoff if he had any interest in selling the property. Mill Renaissance LLC developer Jeffrey Cohen confirmed he had had a conversation with Borshoff in which Cohen expressed interest, but Borshoff said he would not sell. And several sources speaking on the condition of anonymity told the Edge that another successful developer had also asked Borshoff if he wanted to sell, also met by a refusal.

The purchase and sale agreement between Borshoff and the town says he was to redevelop the property as a vocational education center featuring a culinary school and restaurant, with an al fresco café on its west side facing the railroad embankment. The agreement also says his intention was to develop a “pedestrian walkway” between Castle and Railroad Streets, and to build a 30-foot retaining wall on the west side of the property.

20 Castle LLC’s “long-term investment” was “anticipated” to approach $4 million, according to the purchase and sale agreement.

Thrilled to offload a troublesome 115-year-old building with expensive remediation problems and see it redeveloped, the town sold it to Borshoff for $50,000, after two years of torturous negotiations during the tenure of former Town Manager Kevin O’Donnell. Under the agreement, the town is responsible for the cost of environmental remediation, mostly asbestos, of up to $270,000, with 20 Castle paying $80,000 of that. 20 Castle will contribute $3,000 for the town’s environmental consultant.

The town is now paying $2,500 per month to rent part of the building from Borshoff to hold its building and health inspector offices for lack of room in Town Hall. As a renter, the town is also paying insurance and utilities. Town Manager Jennifer Tabakin has previously said the town had been spending more than this for maintenance and upkeep of the firehouse. The building is also used to store the overflow of Department of Public Works vehicles.

According to the 2012 Purchase & Sale Agreement, Borshoff has a “tax increment financing agreement” that incrementally raises the assessed property value over the years. In the first four years, for instance, Borshoff pays property taxes on a $50,000 assessment. In 8-10 years, that assessed value will rise up to $500,000 or the firehouse’s “fair and full value.”

The alleyway controversy began during the negotiation period with Borshoff, as some Railroad Street shop and restaurant owners, including Navarino, were worried about clearance for delivery, utility and trash removal trucks. Borshoff had offered to do up to $350,000 in work on the west side of the firehouse to widen that alley.

But this hasn’t happened, and no one including Borshoff will talk about it. Town Manager Jennifer Tabakin said while she has discussed the condition of the alleyway with Borshoff, she referred all questions to him. Borshoff did not return calls Friday, and Borshoff’s architect Robert Harrison could not be reached.

Navarino bought his building on Railroad Street in 2003 and relocated his shop there from Main Street.

“When I bought the building and improved it without any public aid whatsoever,” he told the Edge, “I had an understanding that I could continue to access the back. I had that pulled out from under me when town decided to sell the building.”

Navarino explained that the alleyway, used as a parking lot for years, was taken out of public use for purposes of creating the culinary institute and café. Now the alleyway is crumbling, and the improvements haven’t yet begun. Navarino says since that business plan was part of Borshoff’s agreement with the town, the town should hold him to it.

“That [development] was supposed to be underway by now. If he doesn’t want to improve it as promised in the agreement, then that property should be maintained. It’s still in public use and badly deteriorating.”

Navarino says he wonders if the town has any recourse over the conditions in the agreement. And he is concerned not only about the worsening of the alleyway but liability to the town, given the regular pedestrian traffic there.

Castle Street Café owner Michael Ballon said “there are trucks like crazy back here,” and the deterioration of the alley will “significantly interfere with business’ ability to operate.”

Ballon further told the Edge he thinks the town was “hoodwinked” in this transaction and that Borshoff has “no incentive” to improve the building or the alleyway at this point. “Why spend money to fix an expensive building when you can make money by doing nothing.”

This might explain why Borshoff wouldn’t want to sell. Mill Renaissance developer Cohen told the Edge he had called Borshoff to “discuss his interest in selling.” Cohen said he told Borshoff, “ ‘from a distance it doesn’t look like much is happening.’ ”

Both Navarino and Ballon say Borshoff’s investment has already paid for itself and then some. And Ballon said “usually there is some provision” in such agreements to make improvement and repairs within a fixed amount of time.

The purchase and sale agreement shows no such stipulation.

“I met Borshoff briefly,” Ballon said. “For a guy who claims to be interested in the community, he’s been nothing but invisible, off the radar, secretive, unavailable and not-present.”