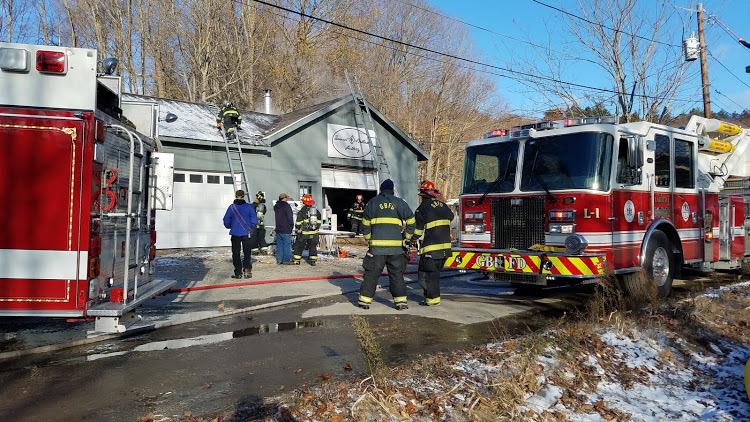 Great Barrington — At 7:55 a.m. on Wednesday, Nov. 13, the Great Barrington Fire Department was dispatched to 17 Railroad Ave. for a reported structure fire. Fire units arrived on scene in seven minutes and found a fire in the attic of a single-story wood frame studio.

The bulk of the fire was quickly knocked down and contained to the attic. However, overhaul and extinguishing hot spots was a slow process due to a steel ceiling and trying to limit the amount of damage to the roof. Extensive care was also taken to not damage the inventory of fine pottery in the studio. 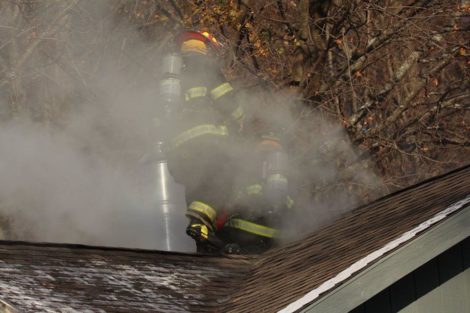 The fire originated in the insulation and rafters in the ceiling. The ignition source was determined to be high heat from the kiln drying out and lowering the ignition temperature of the combustible materials in the ceiling from repetitive use over several years. It is not considered suspicious. State troopers assigned to the State Fire Marshal’s office assisted in the investigation.

The building was a large garage converted into a pottery studio by Daniel Bellow. Damages are estimated to be around $40,000 to the building and minimal loss of contents. There were no injuries.

“Our firefighters worked hard in the cold this morning and made a quick stop on the fire. We are glad we were able to limit the damage to a local business and hope Daniel Bellow Pottery is able to get back into full operation soon,” said Chief Charles Burger.