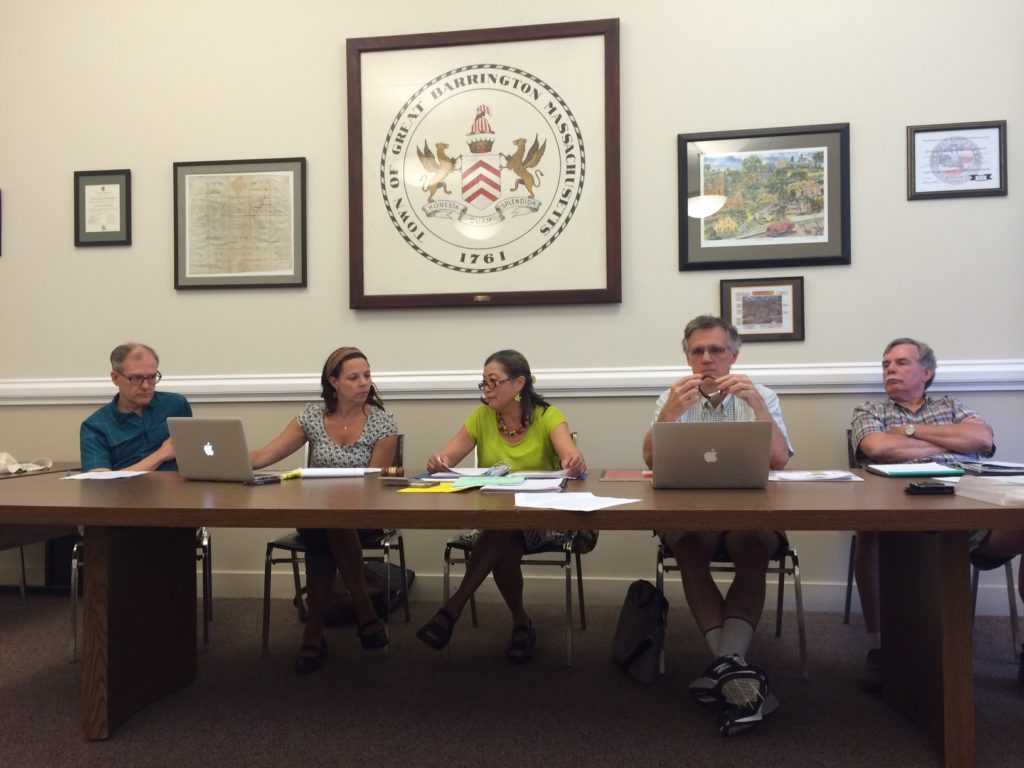 Berkshire County is facing a population decrease. By 2030, it could have an alarming impact on town economics and functioning, at least that is the concern of the Finance Committee.

It could be big problem, if these data projections hold steady.

Here is a link to the population projections:

“The birth and death [rate] imbalance will get worse,” he told committee members.

Add to this the data that show an increased senior population – a projected increase of 65 percent in Great Barrington — and things get really interesting. It is a problem, said Maloy, that every rural area in America will face.

“We need 800 more young adults [in Berkshire County] to sustain our population where we are,” he explained. “We need to stop the exodus of 20 to 30 year olds.”

Easier said than done, given the local prospects for well-paying work, he added. It will be a challenge to keep a generation that likes to hop on the subway or ride a bike, loves culture and art, and requires the means to consume them.

“We need a diverse job market and higher paying jobs, affordable housing, more opportunities,” he said, adding that young people move out when they are overqualified. By these standards, “we’re not a welcoming place,” he said.

On this point, Town Manager Jennifer Tabakin expressed skepticism about the use of census data projections, noting that during her tenure as planner in New York City census data had not been used because it was misleading and unreliable.

“Census data is not necessarily what you want to guide strategy,” she said. “There is no wall around Great Barrington.”

She cited the urban influx, telecommuters, second homeowners and residents who commute to New York for work several times a week.

“We have 7000 people and 80 restaurants,” she said with a laugh. “Our numbers are small, and our numbers make no sense.” 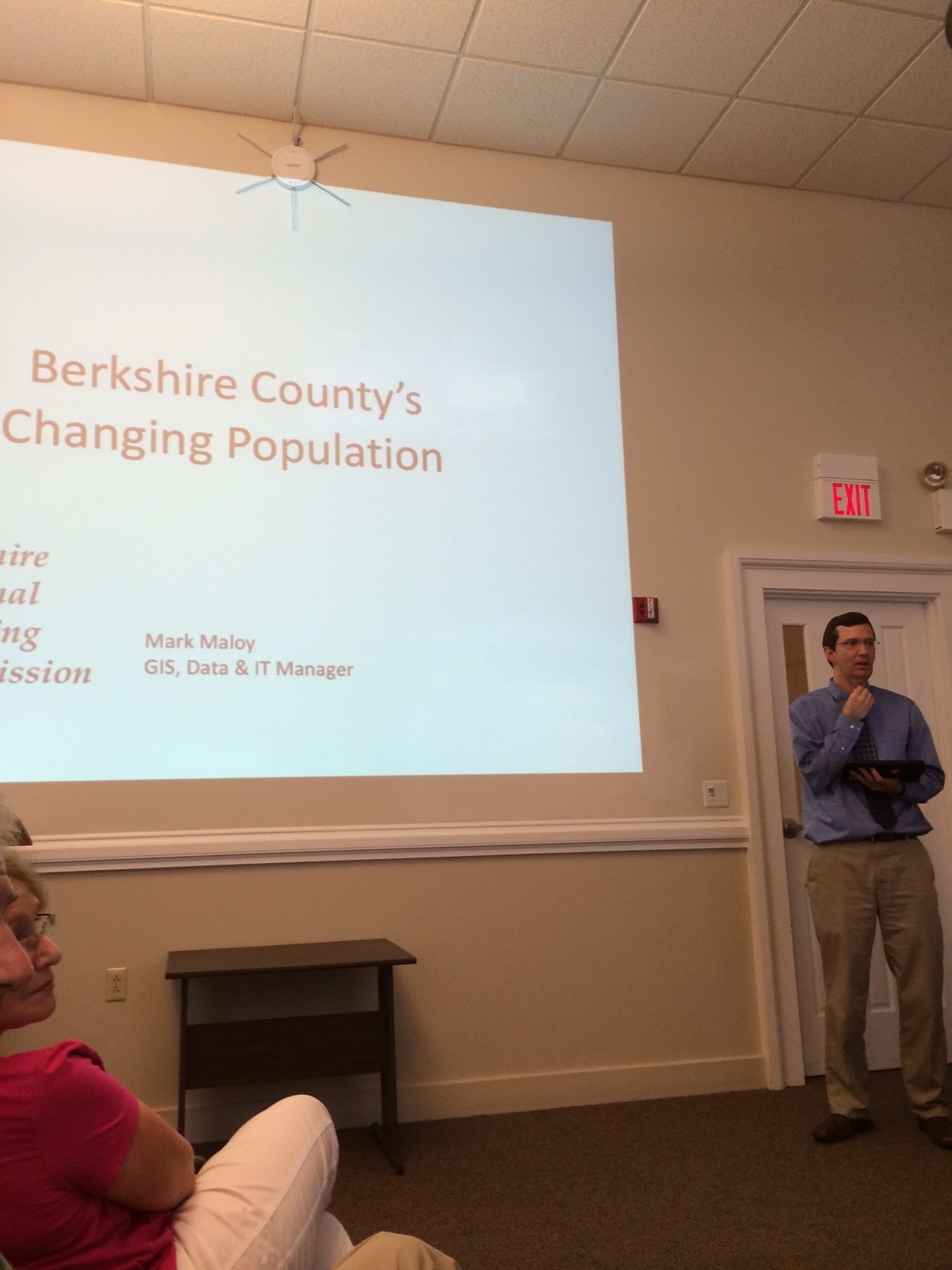 Committee member Leigh Davis asked why the projections hadn’t incorporated people who might migrate into the Berkshires for the area’s quality public schools, and saw it as an “oversight” that could shift the data.

Davis also informed the committee that she is a member of “Monument Matters,” an organization to support the Monument Mountain Regional High School renovation.

Committee Chair Sharon Gregory agreed that great schools are important, but added, “If adults don’t have a job, they won’t come.”

Berkshire County’s transportation issues don’t help, either; it’s hard to get by here without a car.

“The millennial generation has shunned automobiles more than any other,” said Maloy.

One way to attract young people, he said, might be to enhance the “pockets of downtown” areas tucked into these rural hills.

If these projections hold, the effect on town services may be significant, said Maloy, especially since, for example, in Great Barrington, the town requires peak capacity on services like water, sewer and roads to accommodate the population upswing during the summer months, but may have difficulty sustaining that level the rest of the year. The population decrease, said Maloy, presents a scenario that would have a challenging impact on Town services, one that could force the regionalization of schools and services due to expenses.

But Maloy cautioned that these projections could be thrown out by a quick shift in trends like birth rates and migration in or out, and even went so far to say that “these are estimates based on guesses.”

Maloy wasn’t sure what the answer to the doom and gloom projections were, he said, but “smart growth” seemed like a good move. He also suggested considering regionalization, and reducing and sharing services such as building inspectors.

“Economic development is the key thing,” he said.

In other Committee business, Chair Sharon Gregory said that she had drafted a proposal to request that the Town construct more detailed budget reports by allocating costs and identifying services. Gregory said that more specifics would help “people know where their dollars go.”

Currently 64 percent of the budget is not allocated, Gregory asserted. “It sits in one big bundle,” she said.

The Committee approved a motion to request these detailed reports from the Selectboard.

Also approved was committee member Michael Wise’s motion to draft more detailed reports and documentation necessary to make an analysis of the implications of a residential tax exemption and a split tax rate.