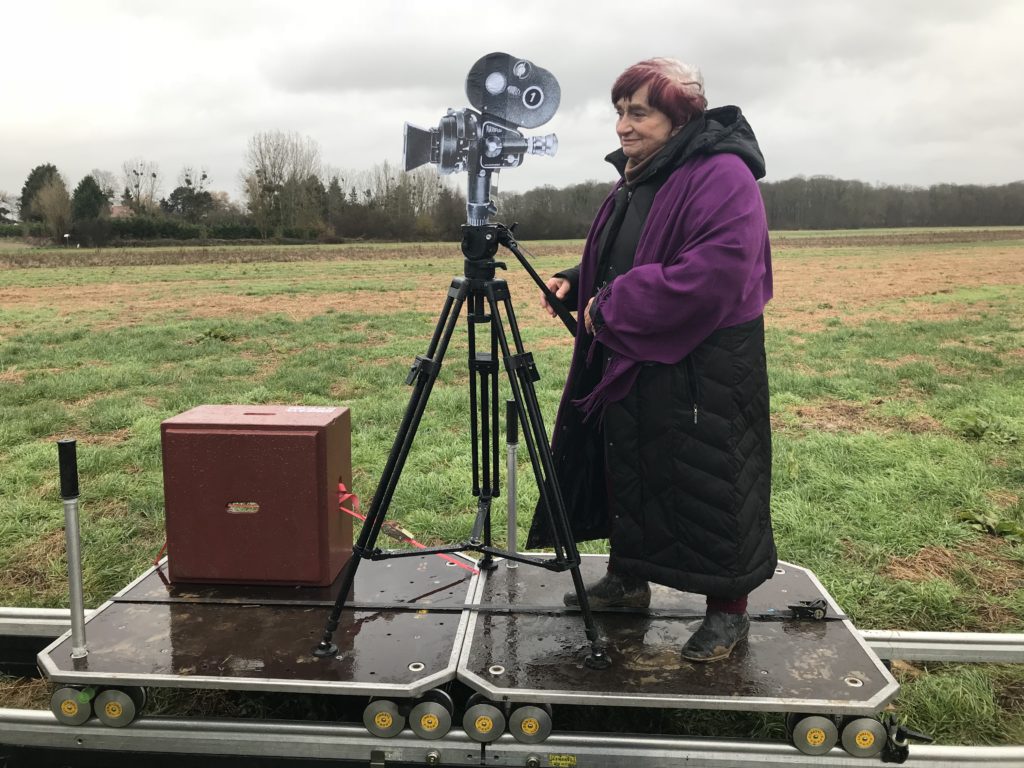 Chatham, N.Y — Tucked into the FilmColumbia film festival is a gorgeous, inspiring film that I hope will be seen by all aspiring filmmakers, and truthfully, the rest of us!! “Varda by Agnes” (which premiered at the prestigious Berlin Film Festival) is a film that shows us that miracles are all around us if we just open our eyes to them. Agnes Varda was 90 when this film premiered and sadly died several weeks later. Ms. Varda was the only woman director in the French New Wave movement, which included such stellar directors as Jean-Luc Goddard, Francois Truffaut, Eric Rohmer, Jacques Demy (her husband), and Claude Chabrol. This autobiographical film is the best cinema studies course imaginable. Agnes Varda’s joie de vivre was palpable and absolutely contagious. 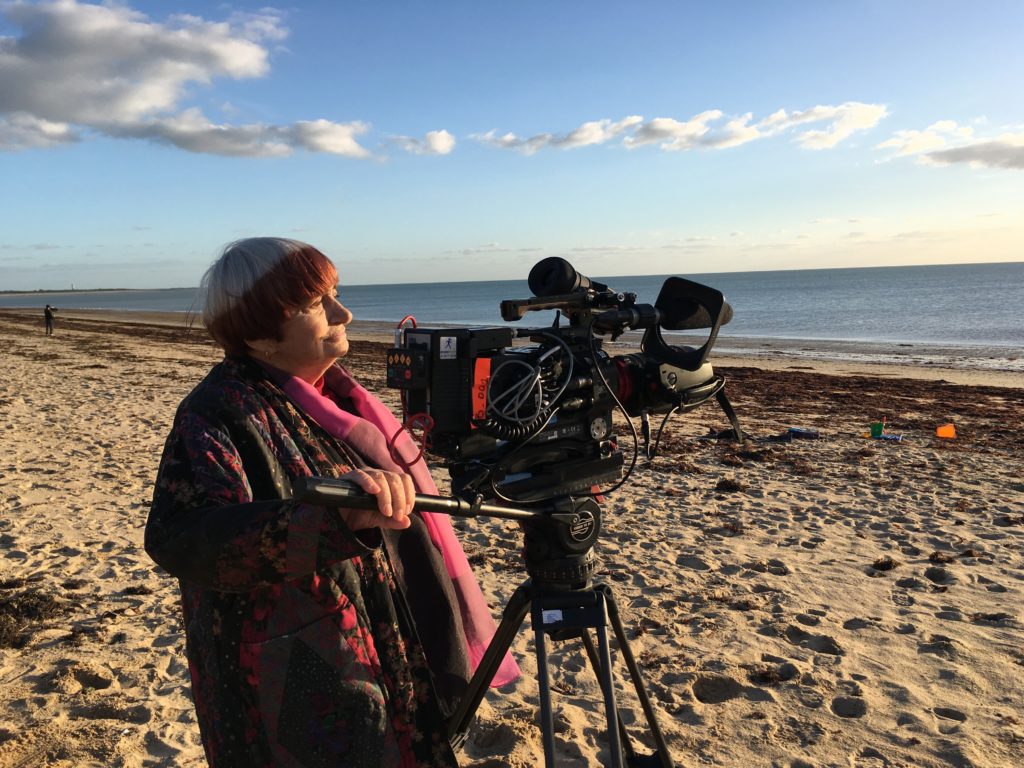 This film was composed of her lectures and Q&As at various universities and film festivals, with many clips from her almost 50 films and art installations. The film opens with Agnes Varda sitting in her director’s chair, speaking to the young reverent filmmakers in a packed French opera house. Pointing to the balcony, she whimsically states, “There might be ‘Children of Paradise’ up there,” referring to the film directed by Marcel Carne that many believe is the best French film ever.

“The love of film starts early for some,” and it did for Varda. She began her career as a photographer and stated that she had “curious eyes.” (Sadly, she suffered in her later years with declining vision and this was referred to in her film “Faces Places.”) She received her first Academy Award nomination for “Faces Places” (2017), which was a unique collaboration with JR, a young French visual artist. (She did receive a well-deserved lifetime achievement Academy Award the same year.) It was part road documentary, character study and film essay. (Hopefully you saw this film two years ago at FilmColumbia — if not, its definitely worth a screening). This unusual duo travel through Europe in a van that includes a photo booth and create large-format portraits of interesting, everyday people they meet in their travels. This appealed to her regard for “real people” that Ms. Varda showed throughout her career. “Nothing is banal if you film people with empathy and love. If you find them extraordinary, as I did. People are at the heart of my films. Real people.” 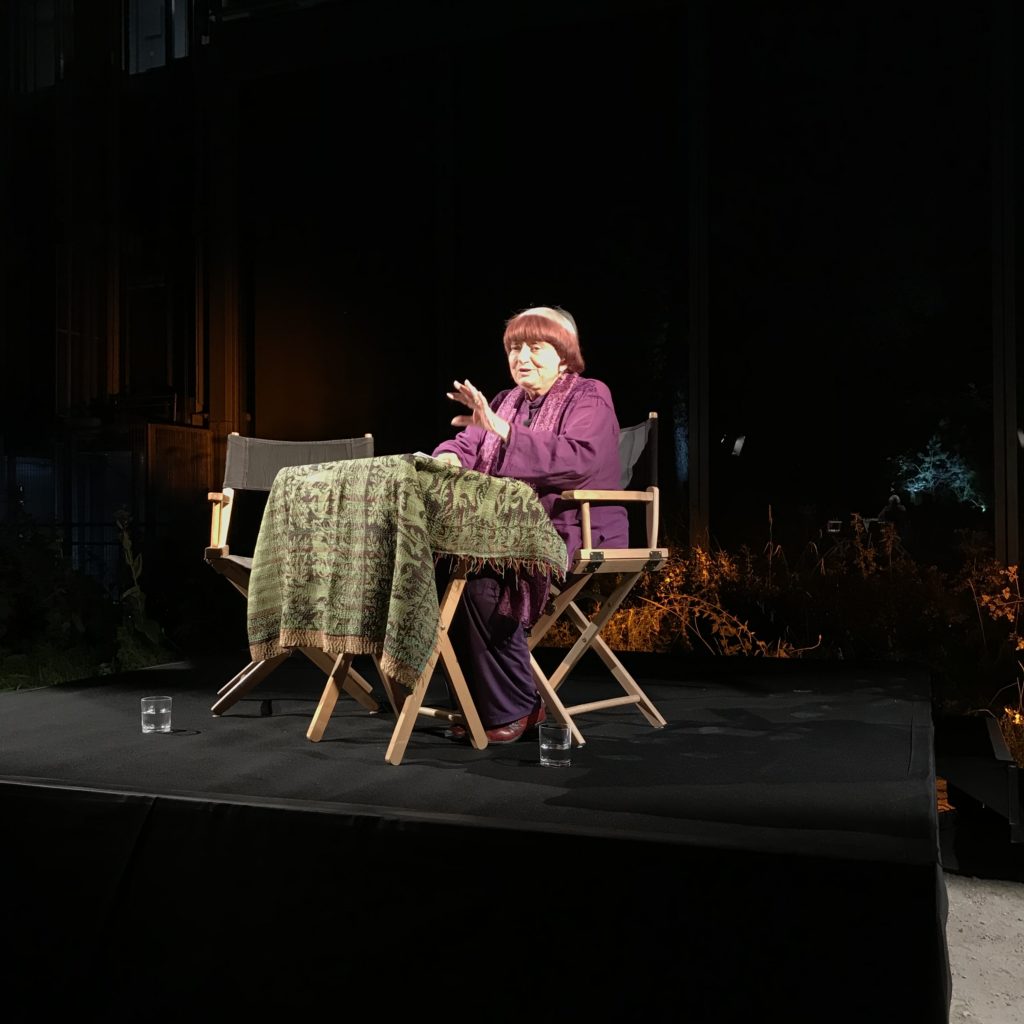 She stressed her three tenets of filmmaking were: inspiration (“Why do you make a particular film?”); creation (“How do you make a film? What means do you use? What structure?”); and sharing (“You don’t make films to watch them alone. You make films to show them. An empty cinema: a filmmaker’s nightmare.”)

She showed clips from some of her most famous, well-received films. There were interesting asides for the film student in all of us. Perhaps her most famous film was “Cleo from 5 to 7,” which played with real time against emotional time. The New York Times called it a “real-time tour de force.” “Le Bonheur” (1965) was inspired by the Renoir film “Picnic on the Grass.” She examines the vagaries of love in this early film. The use of color is also explored. The award winning “Vagabond” (1985) was about a woman who shunned society by living on the road. The actress Sandrine Bonnaire is interviewed by Ms. Varda and she has some tough memories of this filming. She even evinces an apology of sorts from her director — she was only 17 during this brutal shoot. “The Gleaners and I” (2000) took inspiration from a Millet painting to explore the ideals of her country and her own search for value in things that are discarded. (This was displayed later on when she built “cinema shacks” from her discarded old film reels.)

The film ends with her and JR sitting in the middle of a sandstorm facing the ocean. Her relationship to the beach is a through line in her films — she loves the sand, the sea and the sky — all under her amazing gaze. Ms. Varda said: “I think this is how I will end this chat. Disappearing in a blur. Leaving you,” which is heartbreaking to all of us who want her discovery of new images to go on and on.