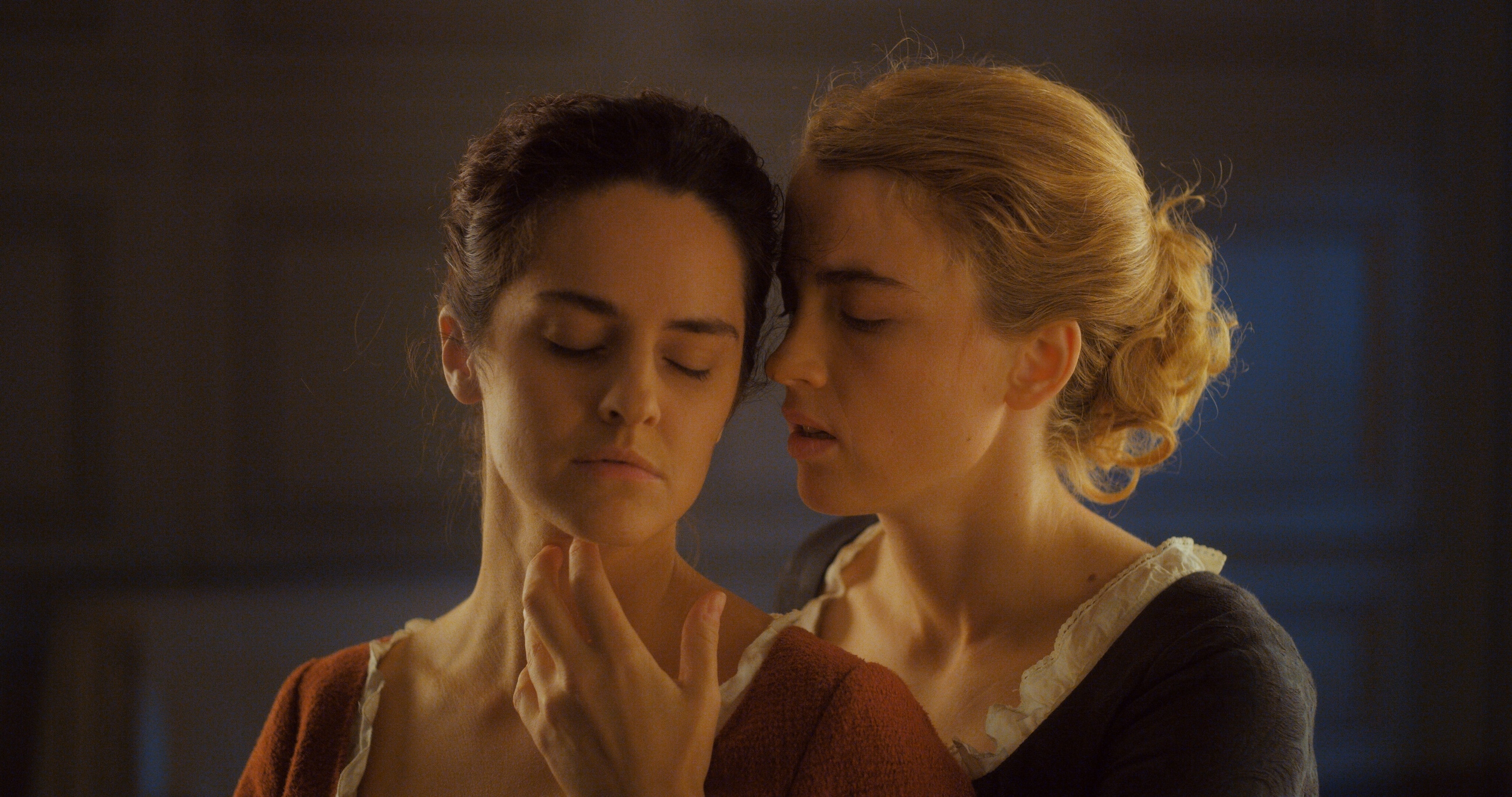 Noemie Merlant and Adele Haenel in 'Portrait of a Lady on Fire.' Image courtesy FilmColumbia

Chatham, N.Y. — This is an exquisite film shown at this year’s FilmColumbia, perhaps one of the most beautiful films I have seen in a very long time. It is a complicated yet simple story of doomed lovers. Their slow motion seduction of each other develops into a short-lived rapturous romance.

It begins on a rugged island off the coast of Brittany in the 18th century. A widowed countess wants to marry off her daughter to a Milanese suitor (who had been engaged to Heloise’s recently deceased sister). The mother needs to send a painting of Heloise to Milan to encourage this marriage. Heloise (the exquisite and talented Adele Haenel) has just left a convent and is refusing to marry and pose for this purpose. So there must be a subterfuge in the mother’s plan. She sends for Marianne (a stunning Noemie Merlant) to surreptitiously paint her daughter. The conceit is that she will tell her daughter that Marianne will be her companion during her walks on this lonely island. The director and screenwriter, Celine Sciamma (who won Best Screenplay at Cannes Film Festival), examines how differently the world looks when seen through a woman’s eyes (the female gaze). The attention the painter gives to her unsuspecting muse is perhaps misinterpreted by Heloise as interest in her. Stolen glances charge the air during these daily walks. Desire becomes unspoken. When her mother leaves the island for a few days, their yearning for each other is consummated.

One night they discuss the doomed love story of Eurydice and Orpheus. After Eurydice dies, Hades tells Orpheus he will be given another chance to have his lover back if he doesn’t look back at her. Of course, he does, and she vanishes forever from his world. Heloise comments that the memory of a loved one can be perhaps be more meaningful than reality.

As they walk along a beach one night, they happen upon a ritualistic women’s bonfire. There is an exquisite choral chant with the women clapping and harmonizing a cappella. It builds up to a climax amidst the flaming bonfire. Marianne is captivated by this and Heloise wanders off. When her gown catches fire, she collapses and their love affair begins in earnest that night.

The sound in this film is breathtaking: just the crackling of the fire in the fireplace and the bonfire, footfalls heard throughout the old castle, the waves crashing against the rocks with none of the modern sounds that engulf our lives. The silence at times is truly wondrous. The only music heard, besides the women’s a cappella song, is Vivaldi’s “Four Seasons” that Marianne plays on a harpsichord to Heloise’s delight. The only music Heloise has heard before has been on the organ at her convent.

The slow burn of their enveloping passion is beautifully done, a very tender love story. Being her first love affair, Heloise is flushed with desire and wonders if all lovers think they have created love anew.

Magical realism abounds in this film as Marianne sees several visions of Heloise dressed in an ethereal white wedding gown. Is this her genuine fear? She is painting a ravishing portrait of her so she can marry another. She is torn by her realization that she is aiding Heloise’s eventual departure for a marriage abroad.

When her mother returns home, the lovers know they must part. Heloise realizes that her destiny is to leave for Milan, but not before there is a wonderful scene with the lovers reminiscing about the memories (not the regrets) they have of each other. Marianne paints a small cameo for Heloise to treasure.

Marianne has brought art, music and literature to Heloise. Sadly, they never meet as lovers again. Years later Marianne does see a painting of Heloise with her daughter in a gallery. And in the final heartbreaking scene, she sees Heloise from afar at an opera house, alone, listening to the same Vivaldi piece she once played for her. This is a devastating last view of Heloise, tears streaming down her face with her former lover watching from a distance.

For tickets, more information and a full screening schedule, see the Berkshire Edge calendar or call (518) 392-3445.